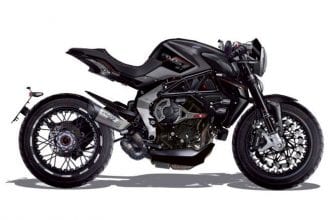 Designers in the Reparto Veicoli Speciali took an already iconic, personality packed model as their starting point and then set about imagining and building a truly unique bike that stands out for its set-up, component quality, overall styling, performance and exclusivity.

The 2018 MV Agusta RVS is powered by a 798-cc In-line three, four-stroke engine that produces 140bhp and 87Nm of torque through a 6-speed transmission. And is capable of reaching a top-speed of 245kph.

The RVS has a fuel tank capacity of 16.5 litres. It weighs 168kg (dry). In addition to this, the bike also comes with an Anti-lock Braking System (ABS).