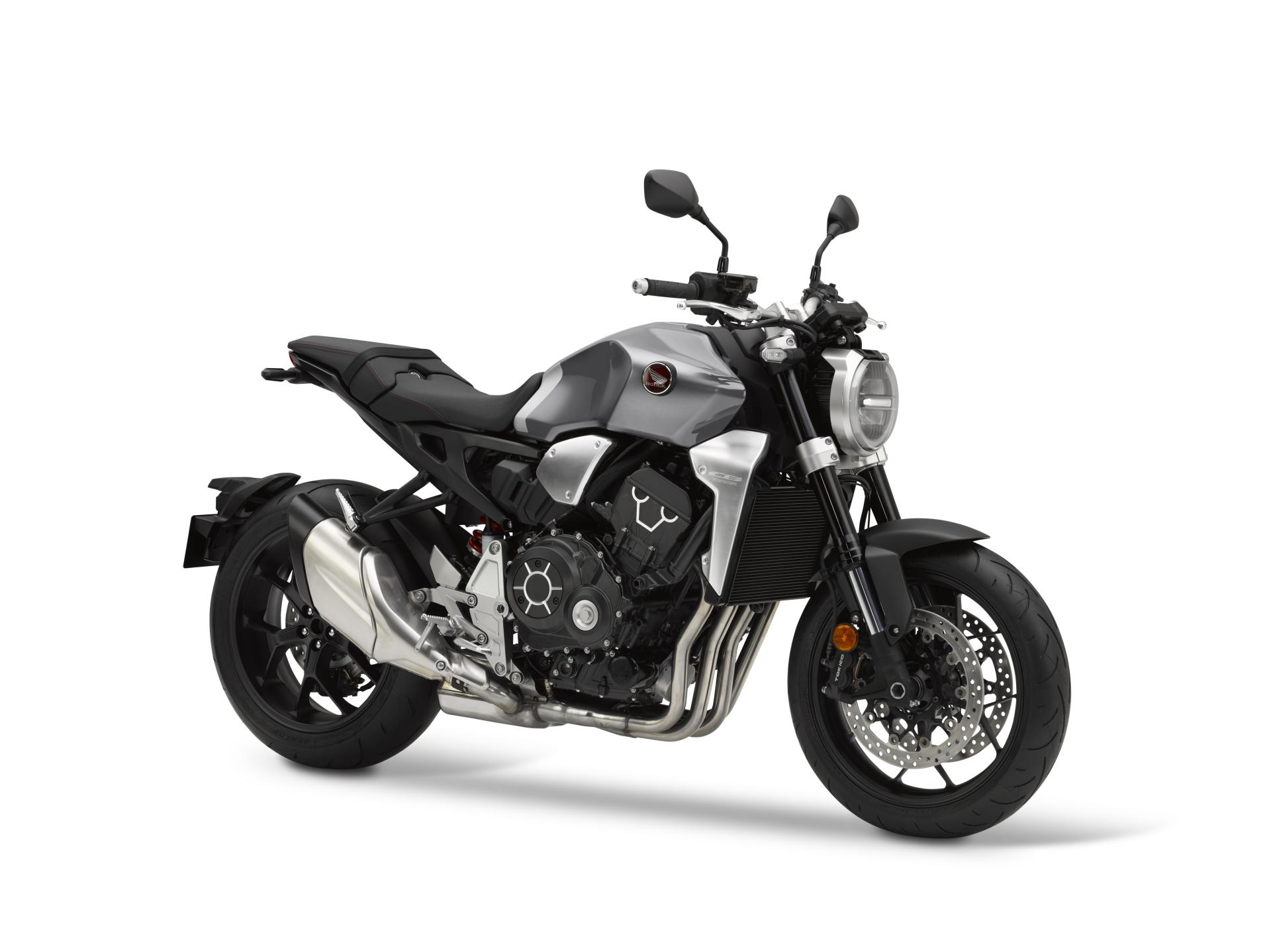 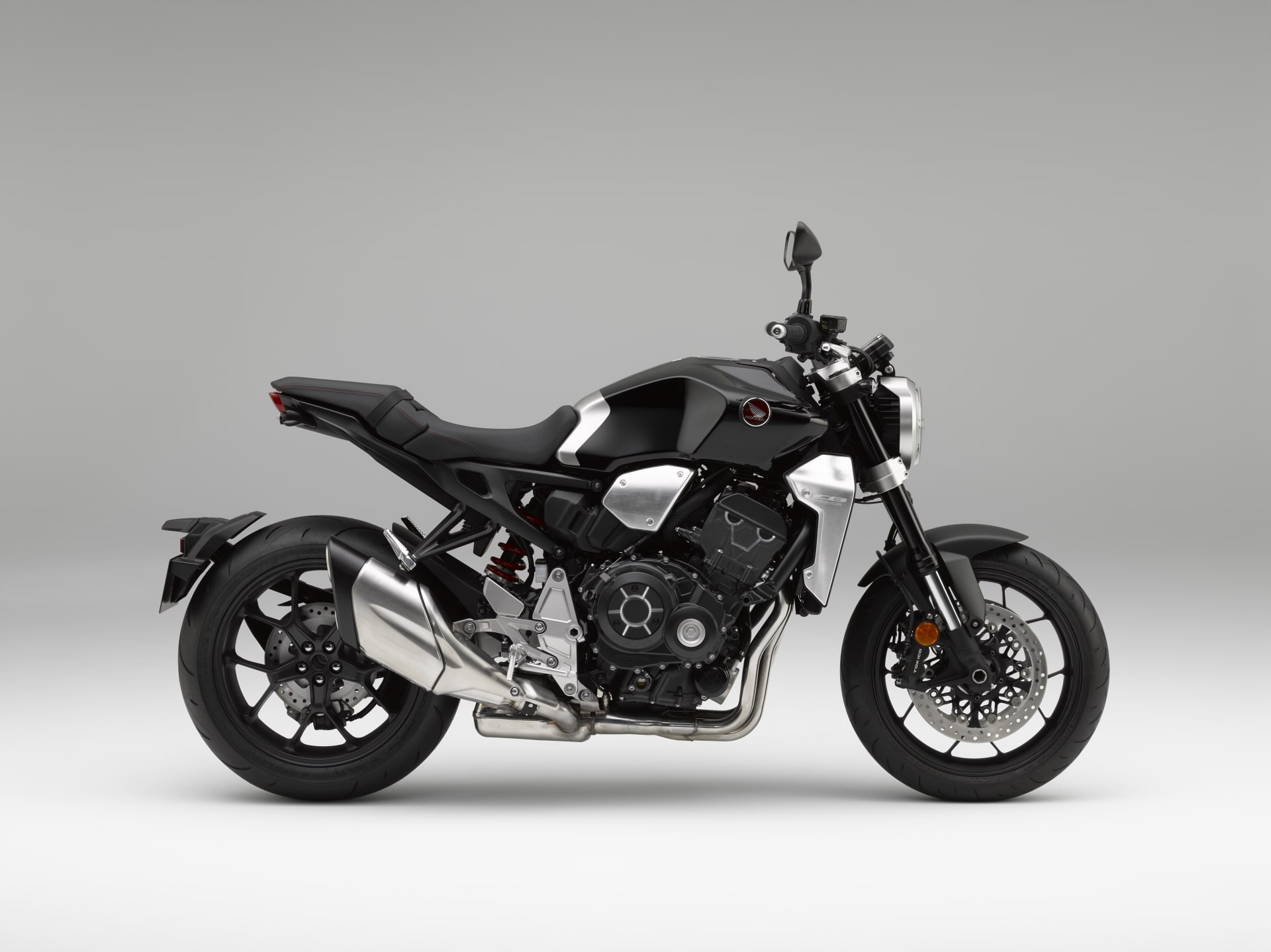 The current CB1000R is poles apart in design from its first-gen avatar. The litre-class package has only gotten better over the years. 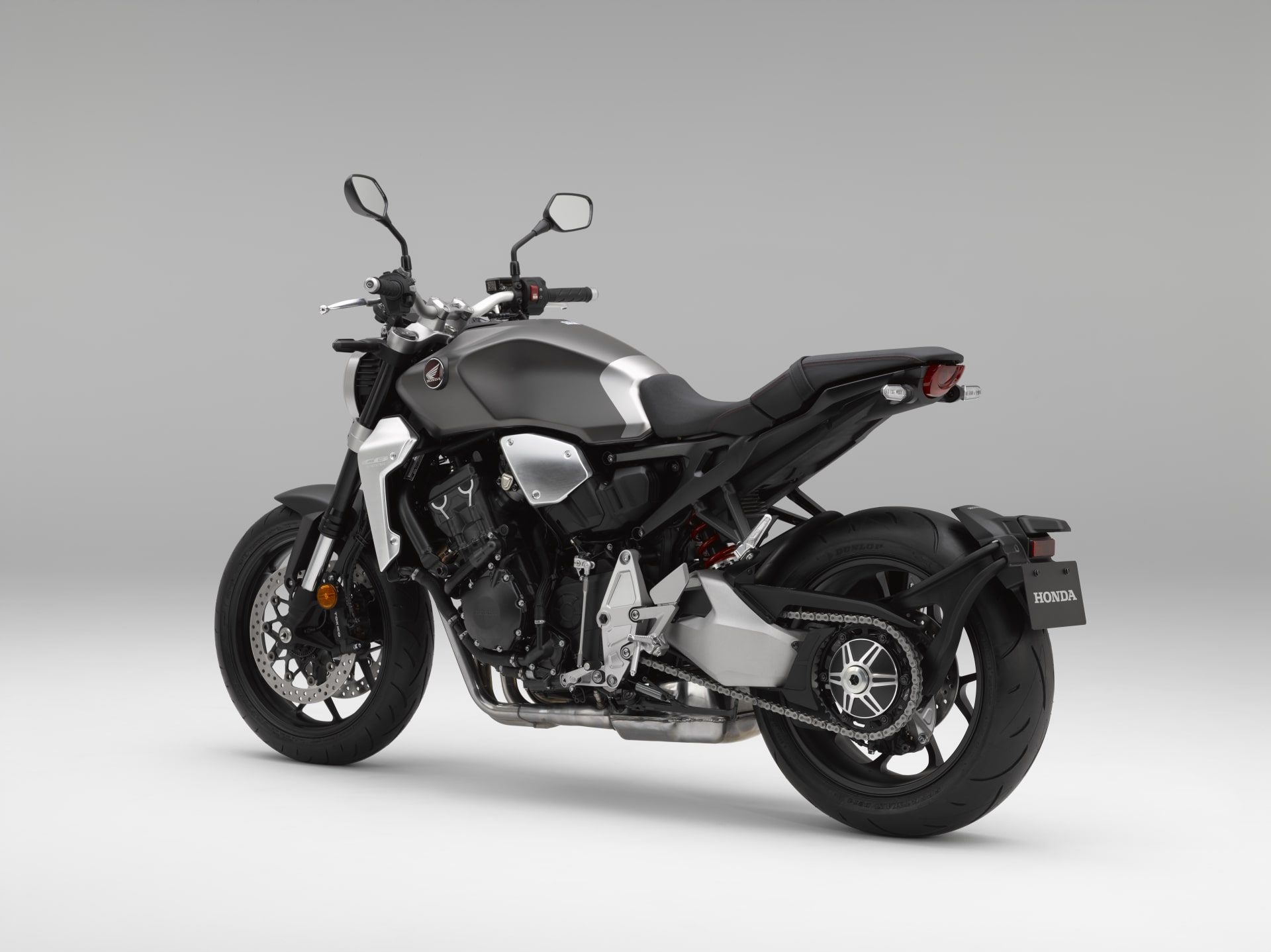 Most of the naked Fireblade's visual bulk is concentrated around the engine, leaving the tail section tastefully stubby. 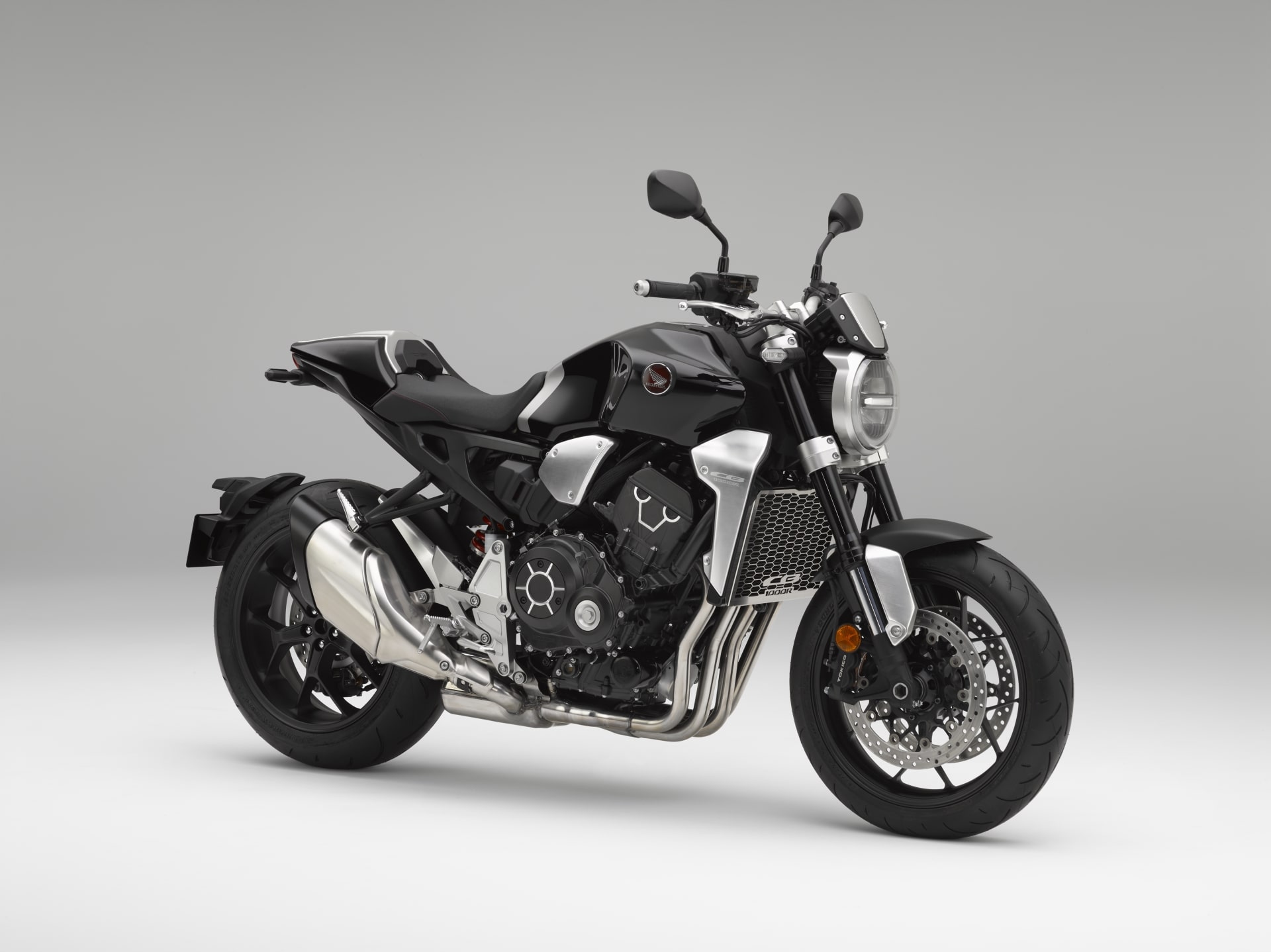 This image epitomizes the modern cafe racer in a spartan-yet-svelte avatar. 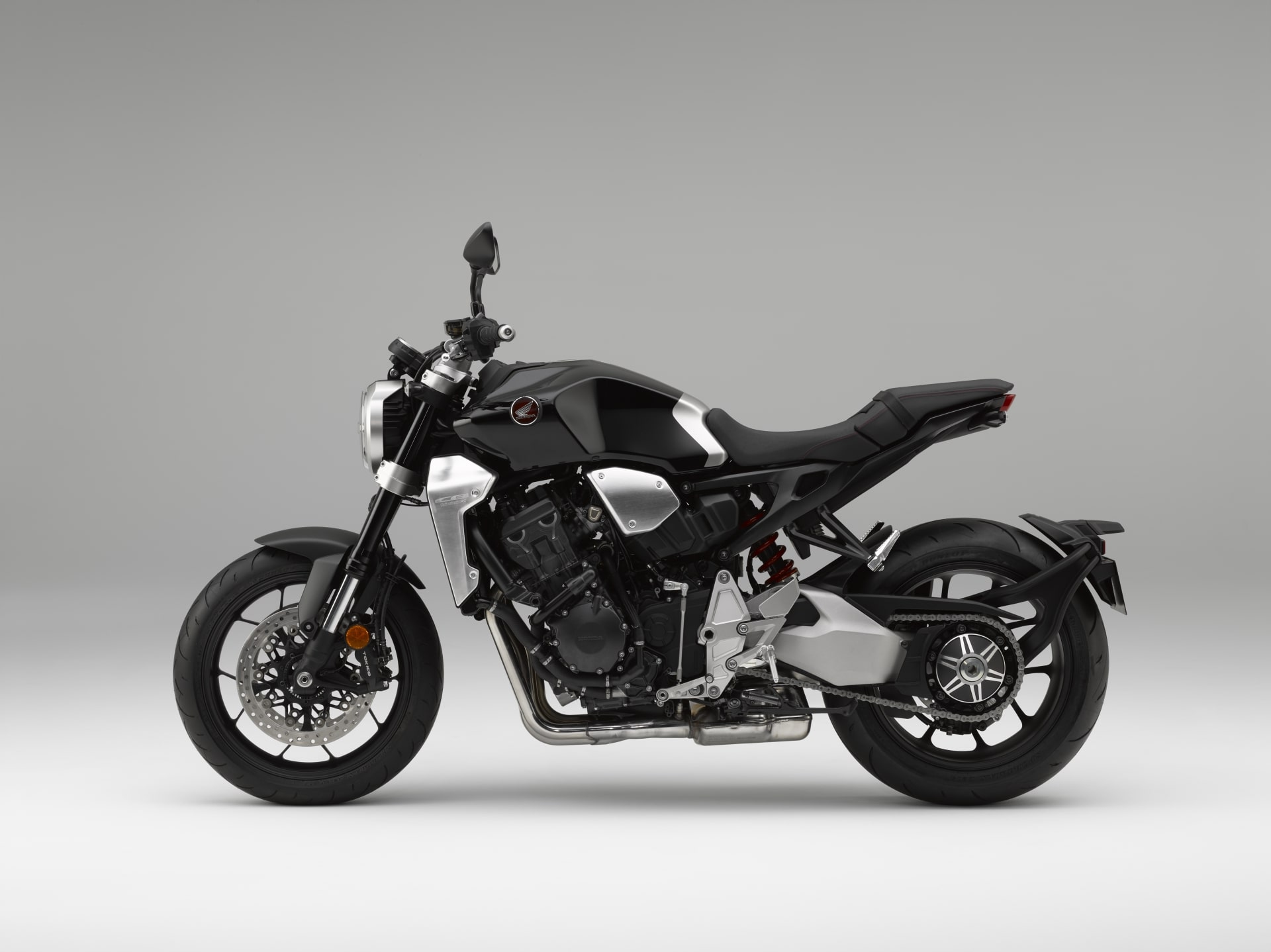 The rider's triangle is a perfect balance between laidback cruising and track-attack crouch.
Home
Motorcycle Reviews

Streetbikes like the Honda CB1000R were born of one simple necessity: to eliminate high costs of repairing fully-faired performance motorcycles. The idea took a while to catch on, but eventually all manufacturers took a liking to the idea of a ‘pre-crashed’ motorcycle.

From the early ‘90s up until a few years ago, streetbikes with outlandish, extraordinary designs were all the rage. A new wave of neo-retro design caught the motorcycle industry by storm, and suddenly focus shifted from offering performance naked bikes to modern classic motorcycles.

Honda has been selling classic, retro, as well as modern motorcycles of all kinds. The Honda CB1000R, however, straddles the grey area between a neo-retro machine and a modern sporty naked motorcycle. It had also assumed the ‘Hornet’ moniker in the past, but has returned to its original designation for 2019.

The current CB1000R is poles apart in design from its first-gen avatar. The litre-class package has only gotten better over the years.

For its current generation, Honda chose an elegant, yet bold design. The 2019 Honda CB1000R is minimalist, yet conveys its sporty nature quite clearly. The proportions are compact while there are minimal overhangs over both ends of the motorcycle. Only six exterior parts are made from plastic, of which the largest is the mudguard.

All metal used throughout the bike is top-notch. One cannot expect anything less from Honda. Parts such as the burnished-aluminium radiator shroud, airbox cover, machined engine cases, cylinder head, and sprocket hub, and flangeless steel fuel tank impart the litre-class naked a rich, premium finish. These premium metal trims also tie the Honda CB1000R to its café racer inspiration.

Lighting is all-LED, with the headlamp incorporating a horseshoe-shaped DRL signature. Out back, a horseshoe-rimmed taillamp fills up completely in a red circle when the brakes are applied. The T-shaped instrument cluster sits just right over the top triple clamp, minimizing visual bulk.

Most of the naked Fireblade’s visual bulk is concentrated around the engine, leaving the tail section tastefully stubby.

The 2019 Honda CB1000R has a mono-backbone steel frame with split-tightening aluminium pivot plates that save weight. A single-sided swingarm extends from the frame, holding on to a 17-inch rim shod with 190/55 ZR17 rubber. The front tyre is a 120/70 ZR17. Honda has loaded the neo sports café bike with top-shelf components like Showa Separate Function Fork Big Piston Unit (SFF-BP). A Showa monoshock sitting between the frame and swingarm is fully adjustable for preload, compression, and rebound damping.

There are no compromises in the braking department either. Dual radial four-piston calipers bite down on twin 310mm floating discs while a two-piston caliper over a 256mm rear disc takes care of the tail. Twin-channel ABS is, of course, standard.

All these top-notch components and minimal weight play second fiddle to the star of the show: a 998cc DOHC inline-four motor that spits out 143 horses at full chat, along with 104Nm of twist. Power is fed via

a slip-and-assist clutch paired to a slick six-speed sequential transmission. Final drive is by chain. One would assume since the litre-class engine is lifted directly off the hardy Fireblade, it would need a heavy throttle hand to extract power. The CB1000R also features forged pistons and lighter internals to achieve a lofty redline.

The rider’s triangle is a perfect balance between laidback cruising and track-attack crouch.

Honda has cleverly remapped the TBW (throttle-by-wire) of the CB1000R to liberate more torque lower down the rev range. Even though the streetbike can rev up to 12,000 RPM. A 4-2-1 exhaust design helps the bike’s cause, helping it generate more torque. Additionally, the setup sounds otherworldly closer to the redline. Nothing really matches the heady, raucous melody of a Japanese inline-four motor in the two-wheeler space.

Like we said before, the big litre-class CB is an exercise in minimalism, but that does not mean it misses out on modern electronics. You get a comprehensive safety net of electronics like selectable torque control (HSTC), three levels of engine power (P), engine brake (EB), and four riding modes- Standard, Rain, Sport, and User. The last power mode allows you to choose between three settings for each parameter and save the setting for future use.

The 2019 Honda CB1000R is not your usual litre-class streetbike. It doesn’t have the visual aggression of Kawasaki’s Z1000, nor a quirky asymmetrical design like the BMW S1000R. It isn’t even a visceral beast like the KTM 1290 Super Duke R, nor is it a thinly-veiled track tool like the Aprilia Tuono V4.

This image epitomizes the modern cafe racer in a spartan-yet-svelte avatar.

Big Red’s biggest streetbike is, in simple words, a mature all-rounder. It can lap a racetrack in absolute temper like a possessed spirit, yet can handle docile city commutes easily. You look good while pulling up virtually anywhere owing to its classic-inspired timeless design. As for onboard fun, you are gripping a litre-class engine belting out 143hp with your legs. If that doesn’t sound like fun, then what would?