The KTM 790 Adventure R Is Coming To EICMA! 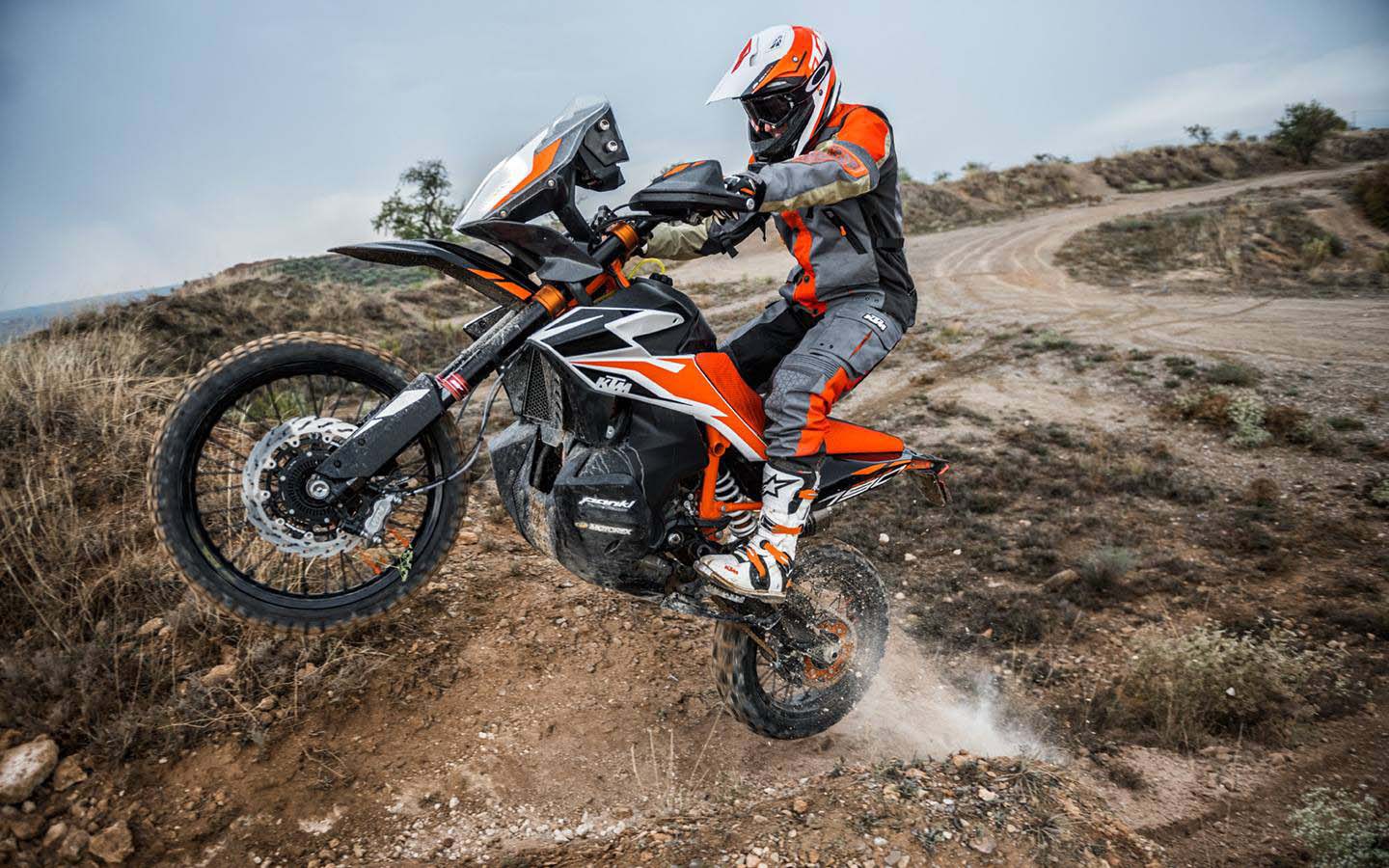 It is by now a well-known fact that the current adventure motorcycle market is leaning more towards middleweight machines than litre-plus leviathans. The general consensus is that more than 100hp is overkill when it comes to tackling dirt trails, mountain tracks, and the wild off-roads. KTM has been listening to its customers, and after a thorough shakedown in global rallies, is ready to bring the much-awaited 790 Adventure R to production.

The more obsessive KTM aficionados among us will recall that KTM had displayed a mucked-up early prototype of the 790 Adventure R at last year’s EICMA. The aura it commanded, standing proudly covered in dirt as if it had just returned from blasting down a hardcore dirt trail (which it evidently had) was a fresh contrast to the scores of other ADVs on display with not a speck of dirt on them.

This was KTM’s way to tell the world their machines did in real life what they boasted to be able of doing on paper. Suddenly, the motorcycle industry was abuzz in anticipation of when the Austrian bike maker would unleash the 790 Adventure upon the world.

KTM took its own sweet time, entering the prototype in punishing rallies across the world, including the Moroccan Merzouga Rallye. In fact, the company even provided the prototype with full race support to customers who had won at other rally events. The kind of customer feedback that has gone into the 790 Adventure is phenomenal, with a proven track record even before it hits production.

More recently, KTM released a teaser of the video that has us positively quivering with happy anticipation. The firm has promised us the 790 Adventure R is coming to EICMA! The middleweight ADV game is on, and pretty soon we will be seeing one of the Austrian 800cc ADVs tearing through hostile landscapes across the world as if it were just another day at work. 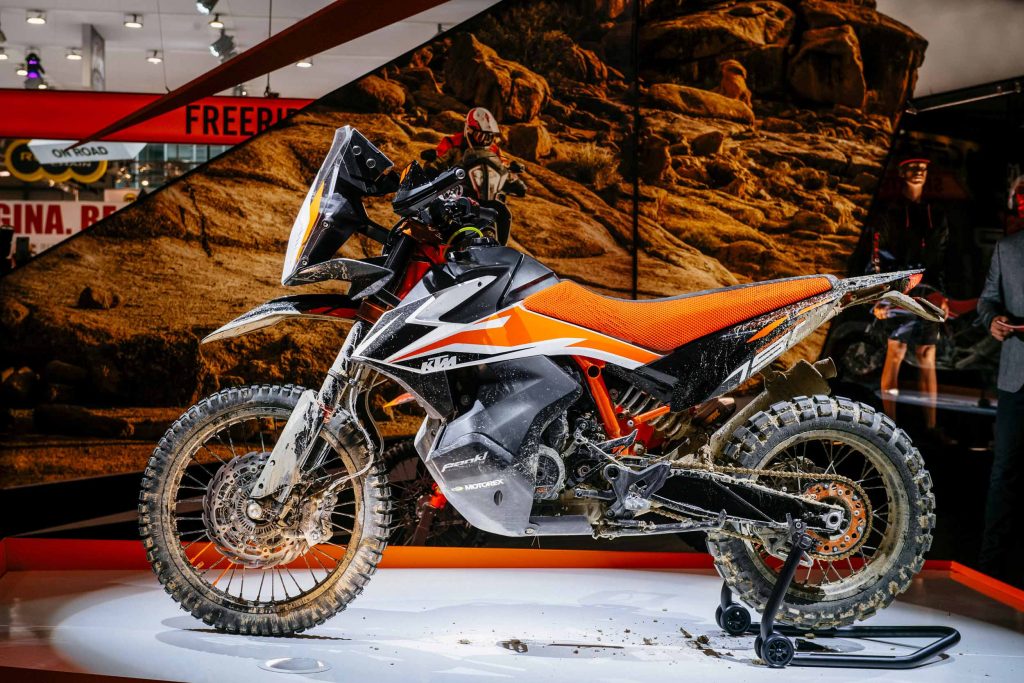 Got nothing to hide. The dirty 790 Adventure R prototype at EICMA 2017.

For those still in the dark, the KTM 790 Adventure draws power from a 799cc liquid-cooled parallel-twin that it shares with the 790 Duke. This is KTM’s first parallel-twin motor and receives a 270-degree firing order that gives the KTM its signature braap exhaust note. Aboard the streetfighter, the motor makes 105hp and 86Nm. It will be fair to say KTM will slightly detune the motor to suit the Adventure’s character, but there is still enough left over to make the ADV one mean, fast off-road worthy motorcycle.

Finally, what sets KTM apart from other manufacturers in the ADV space is the company’s history which is steeped in rallying. Ever since entering the mighty Dakar rally, the Austrian motorcycle maker has yet to concede the top spot to anyone else. And to put things in perspective, KTM prefers the term ‘Travel Enduro’ for bikes like the 790, 1090, and 1290 ADVs. Are you beginning to see how badass the bikes actually are now? 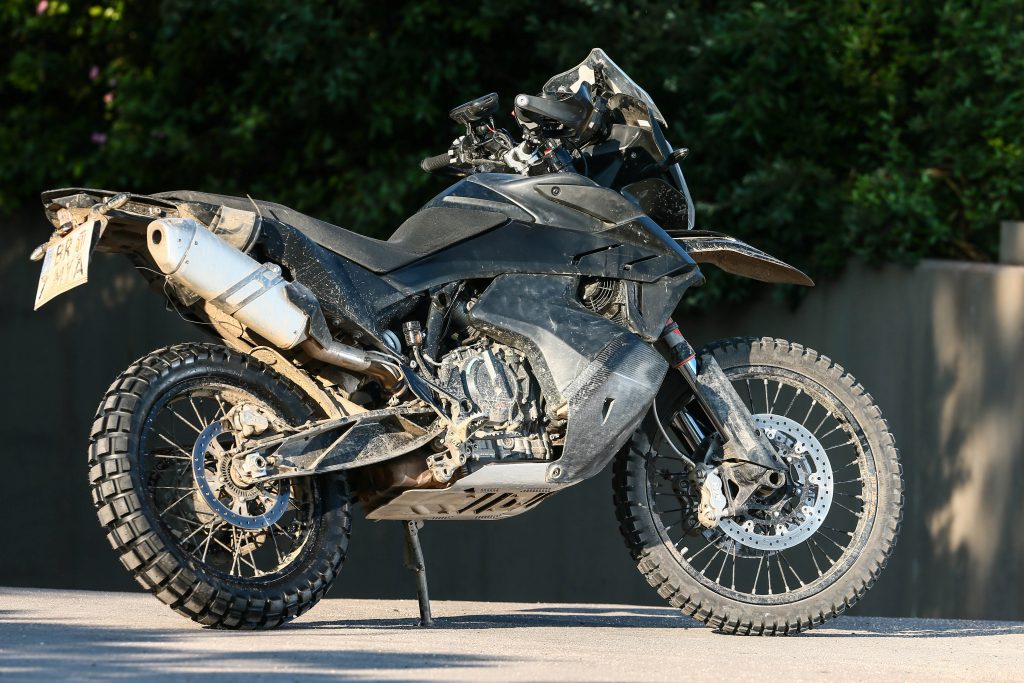 Nothing owns the term ‘Travel Enduro’ like the gutsy 790 Adventure R.