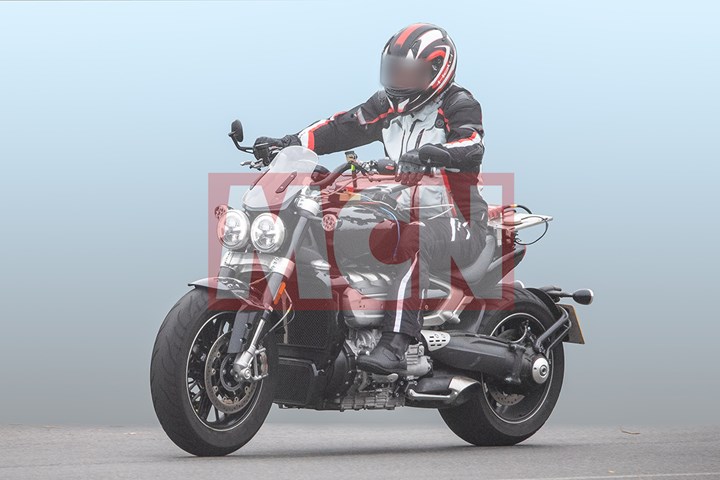 Barely a couple of weeks after we came across a photo depicting an illustration of a new Triumph, here it is: the Triumph Rocket. Bigger, better, brawnier than before, the new Rocket is here to dethrone the Diavel for good.

Triumph had shelved the Rocket III some time ago in the face of Euro4 norms that called for more fuel-efficient powertrains. If the latest spy shots are true (well of course they are), then Triumph has a newer, bigger Rocket in the offing.

The Rocket depicted in these pics is a completely new bike with an even bigger engine than before. Specifically, a 2.5-litre triple pegged at 180hp. Yes, a hundred and eighty horses. That’s a mighty leap over the old Rocket’s 145hp output. Borgo Panigale must be scratching its head in confusion as to how to counter this onslaught by the Brits. 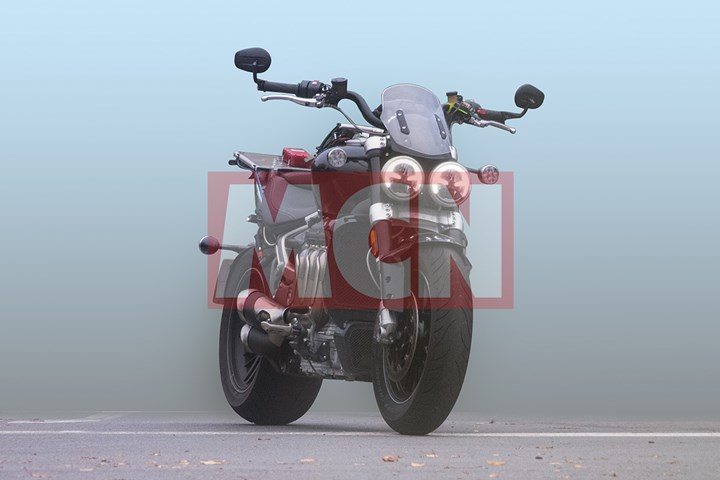 So much power deserves a comprehensive suite of electronics to rein in. Triumph will definitely have that area covered, looking at its present range of performance roadsters like the Street Triple RS. Looking at the spyshots again, we can see the Rocket holds a full-TFT screen atop its triple tee. Expect a full-blown tech package including lean-sensitive traction control, cornering ABS, riding modes, and a quickshifter. Creature comforts like heated grips, cruise control, and LED lighting could also be on the cards.

Also Read: Is Triumph Working On A Bigger Rocket Roadster?

Lastly, look at the bike! Triumph has cleverly routed the massive triple’s exhausts in a three-into-one-into-three configuration. Two end cans are placed on the right side, while the other pokes out the left. Final drive is by shaft, and we dare not try measuring the rear tyre’s size by ourselves. A single-sided swingarm completes the package, resulting in a mean, muscled, and brawny roadster unlike anything else on the road.

We would even go so far as to say it manages to dwarf Harley-Davidson Softail range of bikes, but we’ll let the production version roll out and see how it measures up. What we can be sure of though, is that a certain Italian devil must be shaking in his fine Italian boots about now.

Have a look at all the spy shots below. All Images Credit: MCN 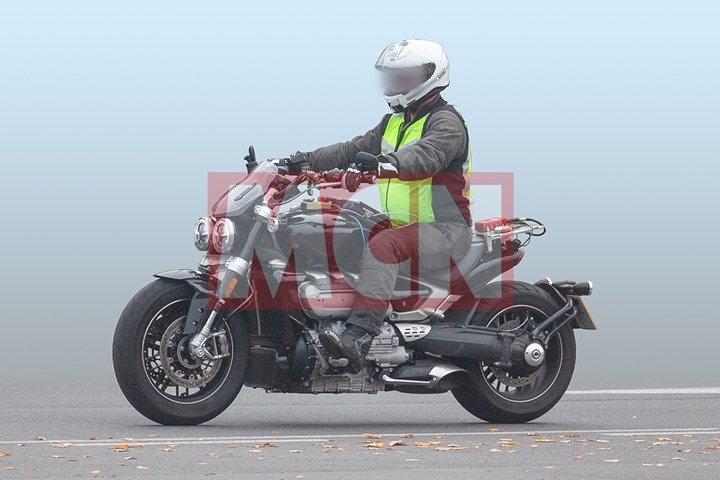 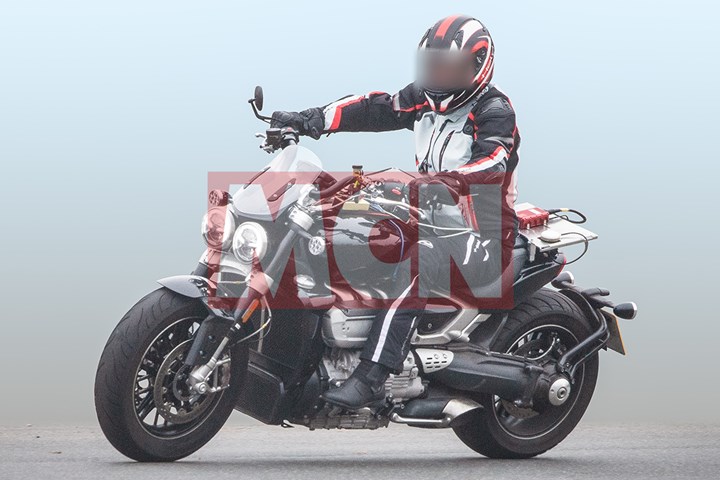 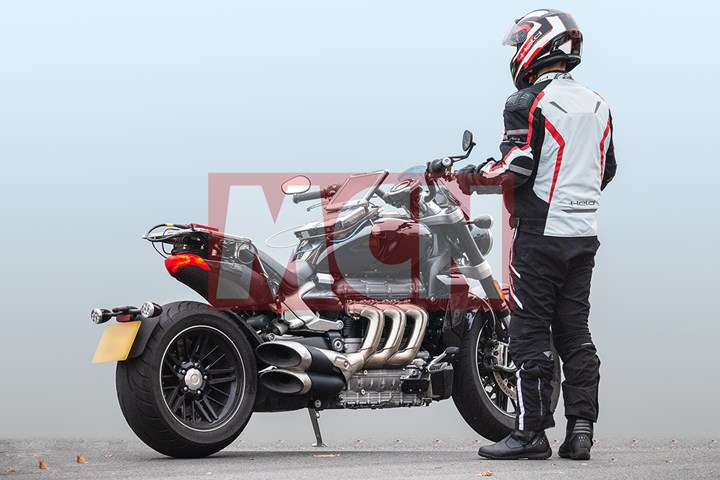 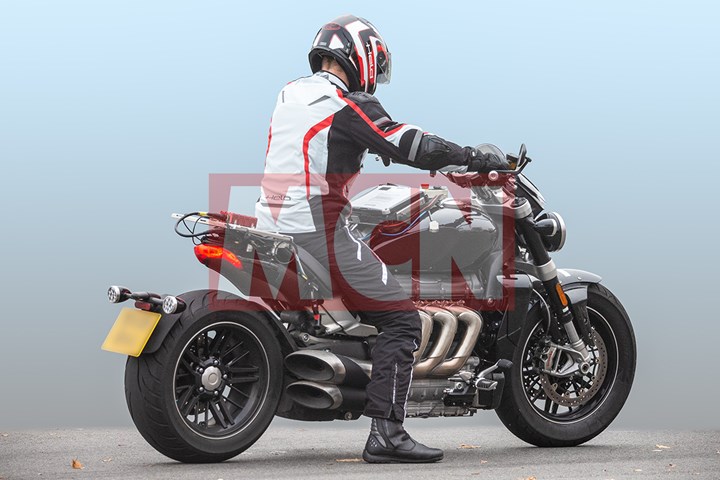 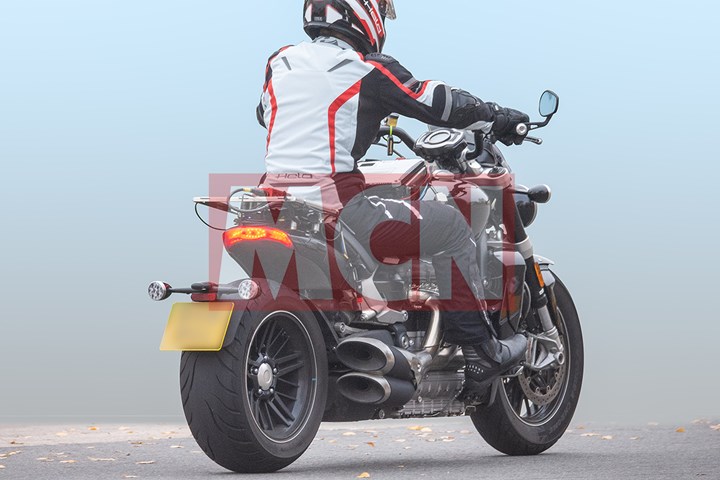 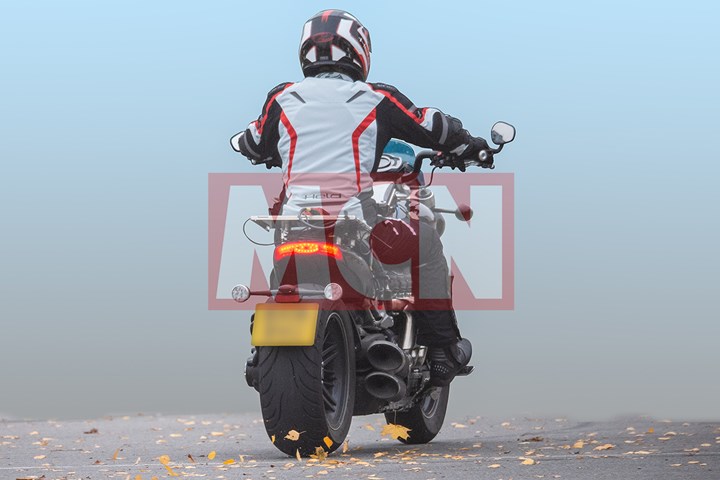