Here Are The Results Of 2019 Dakar Rally 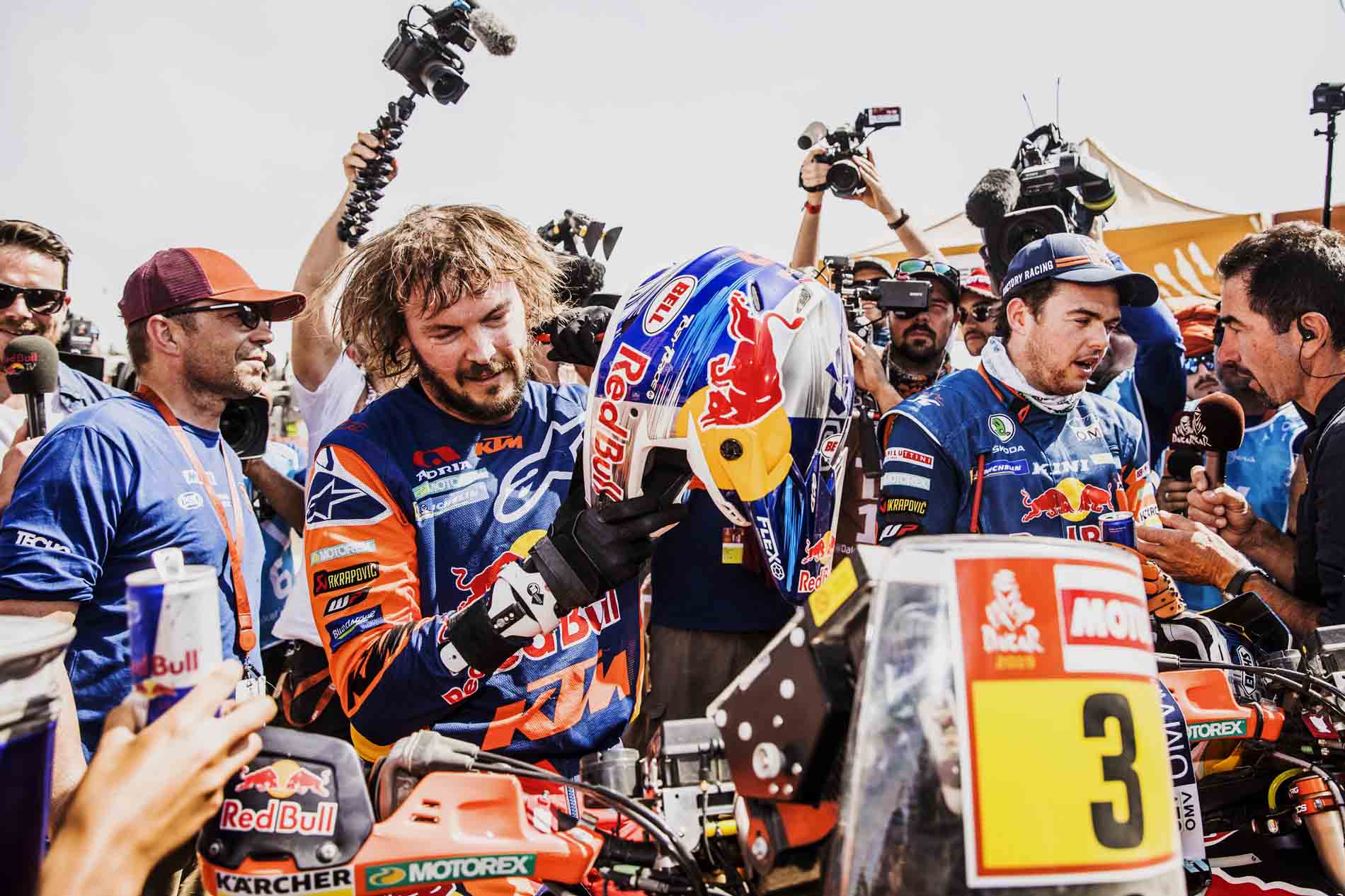 The 2019 Dakar Rally was a witness to many glorious, gritty battles fought by men of steel will and determination. Out of them all, but one man stands the victor. This year it is Toby Price, racing for KTM Factory Racing.

Another year has started, and the dust is already settling across Peru on the toughest race on the planet: 2019 Dakar Rally. Although this edition of the rally also had its share of accidents, misfortunes, and broken dreams, it is all part of the experience.

Dakar truly tests man as well as machine. Spread over two weeks, Dakar evens out all odds of every competitor present at the starting line. You just never know which one of them will cross the finish line first, and how many will cross it at all. Sometimes, it is the man who falters in the face of harsh weather, terrain, or both.  Sometimes, it is the machine that bows down to the demands of the race. 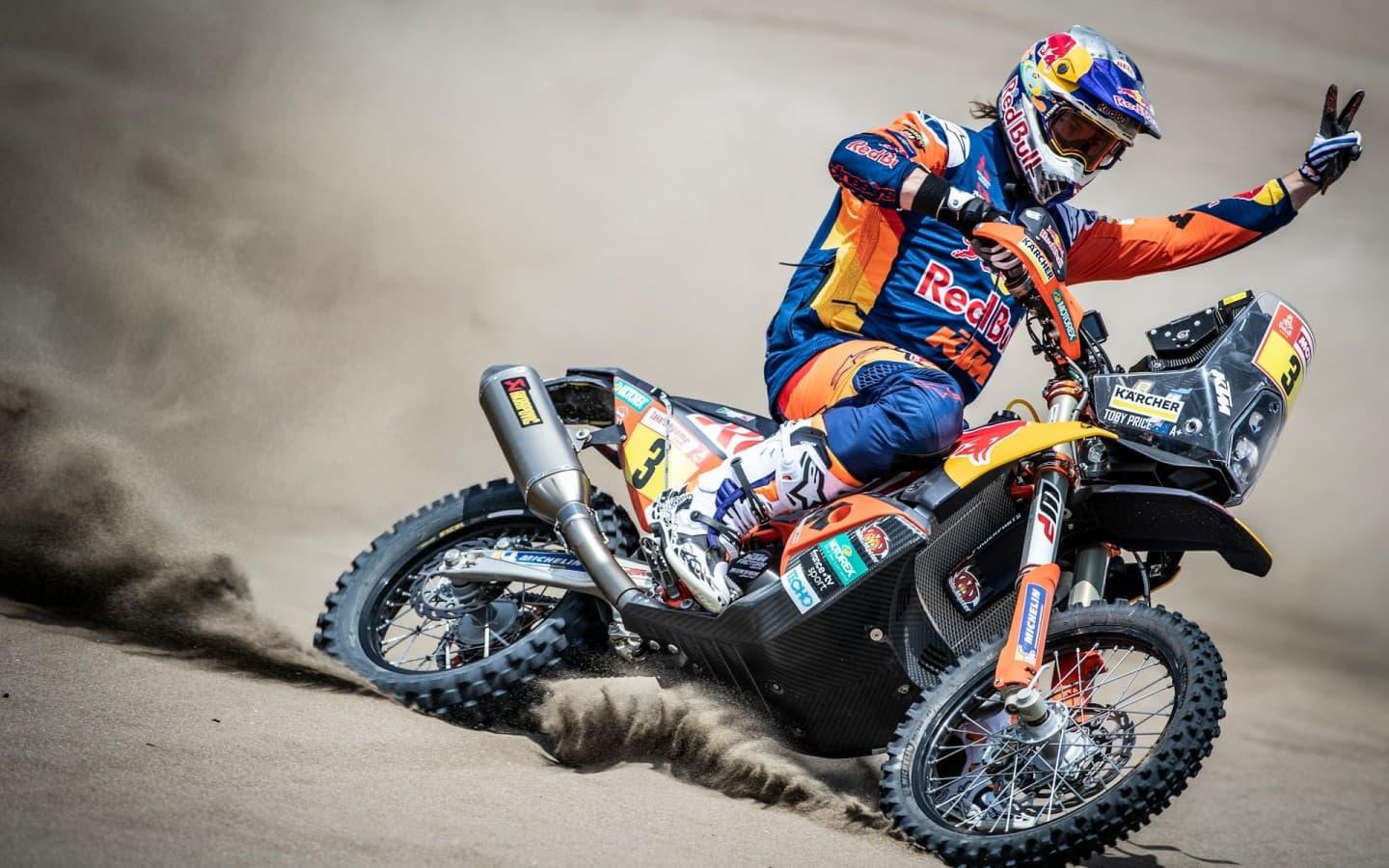 Toby Price gunning it at the 2019 Rally Dakar.

But the man, or woman, who can keep going in the face of adversities and cross the finish line need not worry about his (or her) standing. He can just pat himself on the back to have finished the world’s most dangerous race. He possesses the true spirit of Rally Dakar.

This year, KTM again took home the win as well as the podium, with all four of its factory riders finishing in the top 15. Toby Price is the 2019 Rally Dakar champion, astride a KTM 450 Rallye race bike. His teammates finished as follows: Matthias Walkner on second, Sam Sunderland on third, and Laia Sanz on the eleventh position overall. With an impressive finish such as this, it’s no wonder KTM again took top honours, the firm’s 18th since entering Dakar.

This is also Toby Price’s second Dakar win, after an incredible performance in 2016. Australian Toby Price emerged victorious despite an assortment of injuries. This year was a closely-fought race between leading teams such as KTM, Husqvarna, and Honda. Honda’s Ricky Brabec would have been in the top finishers, had his bike not suffered a crash that damaged its drivetrain. 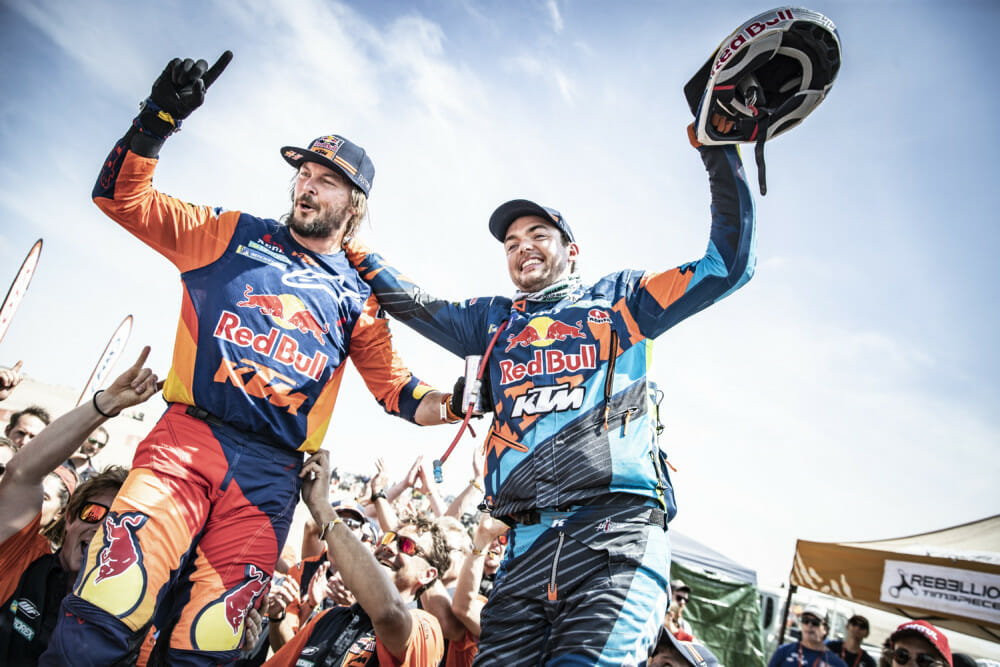 Then again, this is what happens every day, every hour in the Dakar Rally. You just never know what lies ahead. Prior planning only helps you to a certain extent. What really separates the winners from the others is the way they handle any situation thrown at them without giving up.

Such spirit is why we celebrate Dakar Rally every year, and also the reason why so many people flock to the race: to breathe in the aura of single-minded determination, courage, and sheer insanity above all. As they say at Dakar: Dream. Dare. Live It.