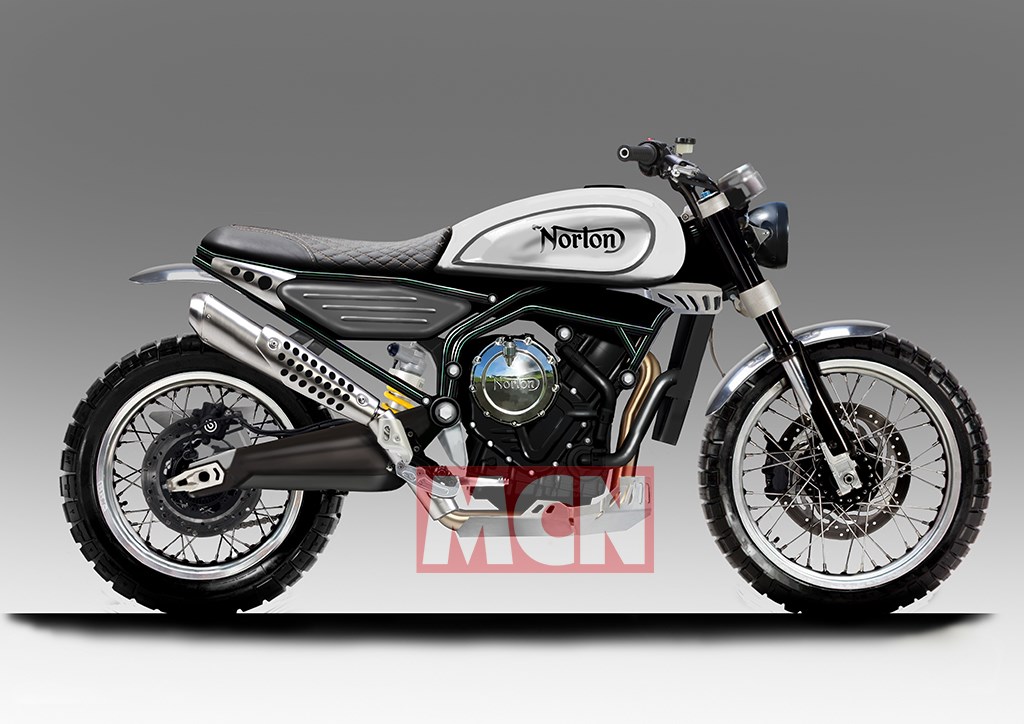 Norton might be dropping breadcrumbs of its upcoming Scrambler 650 before its official at the NEC show this month. A video that was posted by Norton’s CEO Stuart Garner showed a quick history lesson of the company’s history with scramblers. Evidently, we could not help but assume that it was directed towards its own 650cc iteration.

The 30-second video which starts with the words ‘WE HAVE HISTORY’, traces Norton’s portfolio back to its first ever model.

Christened as the Atlas, the bike is to be powered by a new 650cc parallel twin engine that is half of what Norton had recently released. We expect a figure that falls in the range of 70 to 100bhp of power.

The bike is said to be built on an all-new tubular steel frame by Norton’s subsidiary Spondon along with other top-notch components such as Brembo radial callipers. Reports suggest that the bike will be hitting the showrooms in two trims: a ‘high’ off-road trim and a ‘low’ road trim.

Back in November 2017, Norton had revealed its plans on building a new family of 650cc parallel twins at the Motorcycle Live. “It started off life as half of the V4,” says Norton head of design Simon Skinner. “We always knew we wanted to do a 650 parallel-twin to create a new range of bikes with a retro engine platform, and a high-performance platform, and a high-volume platform. And that would cover everything we want to do for the foreseeable future as a brand.

“The first bike that the 650 will appear in is a Scrambler type bike. The engine has been designed to have three power levels, with the top-end high-spec 175bhp supercharged version, then a normally aspirated high-performance version at 100bhp, the low-powered one with just under 70bhp” Skinner told back then.