How Would You Like a Naked Honda Africa Twin?

Patent images filed in the USA show what is clearly a naked bike with a CRF1100L engine. Are we looking at a new hyper-naked from Big Red?

The bike in the patents is clearly using the Honda Africa Twin’s inline-twin in two different frame setups. The first image shows off a trellis frame with the engine as a stressed member. The frame is quite like that seen in bikes such as CB 125 and 300. The other image sees the engine sitting in a conventional steel cradle frame. Apart from the frame design, both bikes seem to sport identical chassis components including the swingarm. 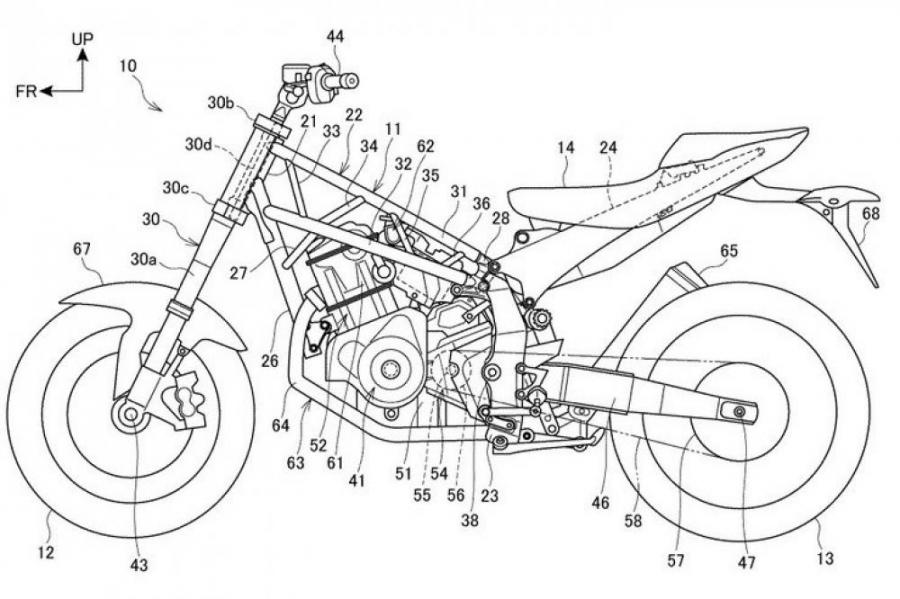 A steel trellis frame with a suspended engine looks real delicious. And if the engine is derived from the Africa Twin, we are guaranteed massive riding fun!

Honda might be looking at making a sporty naked, considering the patent images that show USD forks, radially mounted brake calipers, and a monoshock with linkage. The bike seems to give off a sporty attitude what with its low-slung straight handlebar and rear-set footpegs.

Platform engineering is the order of the day, and Honda also needs to regain the money invested in developing a completely new powertrain. Having an engine that only fits one motorcycle is not exactly cost-effective. Retuning and fitting it to a new body type makes economic sense. And it gives us a fantastic new motorcycle too.

However, the question here is would the new Honda Africa Twin-based naked be sporty enough? The idea of repurposing an engine that powers the biggest ADV in Honda’s lineup might seem odd, especially given that adventure bikes focus more on usable torque than massive power outputs. As a matter of fact, the 1,048cc parallel-twin is good for 101hp and 105Nm, which is not very exciting when seen from a naked bike perspective. 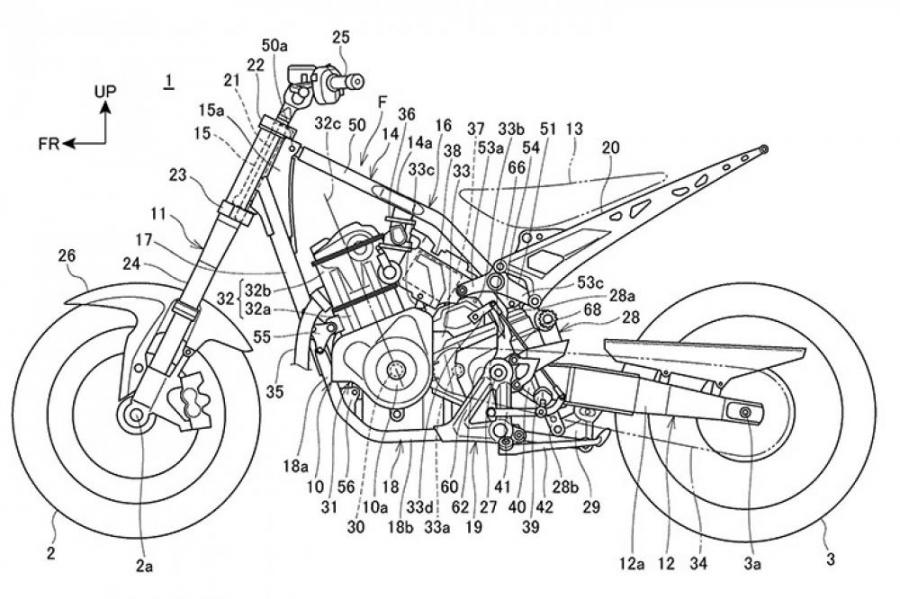 A conventional cradle frame design might mean that Honda’s new naked might not be the sharpest, but it will be versatile for sure.

On the flip side, the big ADV has been known to deliver some good corner-carving fun due to its power maps. Increasing compression of the motor would boost about 15-20 horses. Add to that the weight reduction Honda will obviously put the naked through (plus – nakeds are light!), and we are looking at a fun bike which might not hold a candle to machines like the Tuono, Super Duke R, or Monster 1200, but torquier than middleweights like the Z900, Street Triple, 790 Duke, GSX-S750, and Yamaha MT-09.

Lastly, patents don’t always guarantee new bikes. Often, manufacturers patent ideas to have them on record. Sometimes the patents are used as a red herring. But we sincerely hope this litre-plus Jap naked is not a false alarm!