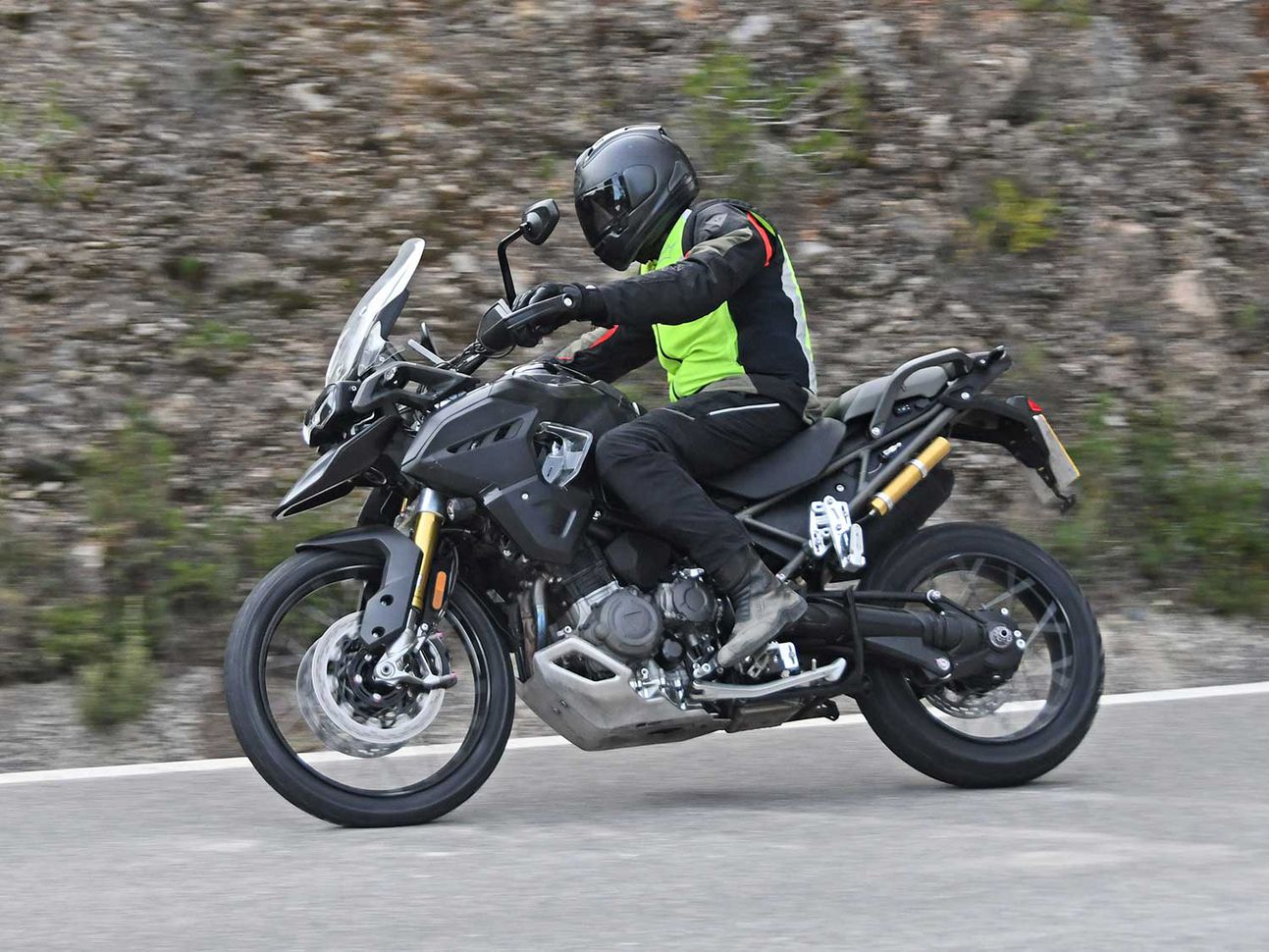 Wire-spoke wheels could mean that this test mule is the Tiger 1200 Rally. But it could very well be a single model like before. 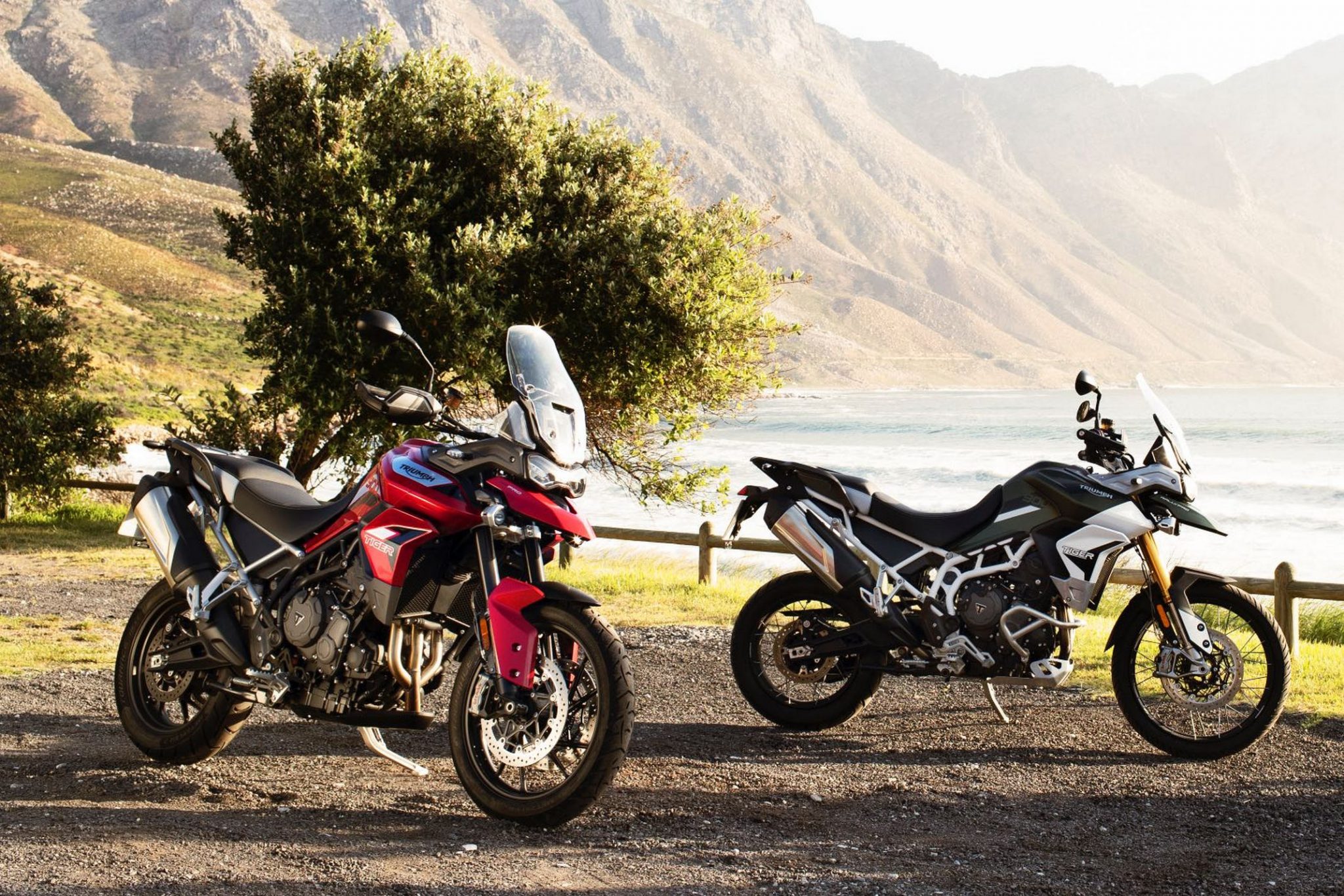 Triumph has been spotted testing its biggest ADV offering, the Triumph Tiger 1200, in Europe. Following the unveiling of the Tiger 900 siblings, it was a foregone conclusion that the 1200 would also receive the new design.

And soon enough, we can see the bigger Tiger prowling about Europe. Our bet is that this is the Triumph Tiger 1200 Rally, since it gets a fat skid plate and spoked rims. However, apart from the new design, there seem to be more substantial upgrades to the overall package.

Prominently, the suspension seems new, and could very well be from Öhlins. This goes for the monoshock as well. However, the most welcome change is that the new Tiger looks a lot more lithe, sinuous, and athletic!

While the old Tiger 1200 started off with the 800’s bodywork and beefed it up, the end result was a bit porky, now that the new 1200’s silhouette is clear to us. This is a much-needed change that will make the Tiger appeal to more prospective buyers.

Wire-spoke wheels could mean that this test mule is the Tiger 1200 Rally. But it could very well be a single model like before.

Triumph negated the restrictions caused by stringent Euro emissions regulations by increasing engine capacity, unlocking usable power and torque across the rev range. So it could very well be that the bigger Tiger isn’t a 1200 anymore. But we’ll stick to the notion for now.

Triumph also seems to have updated the drivetrain, since the shaft drive cover wears a new design. Similarly new is the frame and subframe, tighter and slimmer than before. It seems Hinckley doesn’t want to wait around until INTERMOT or EICMA to send its biggest cat to hunt down peers like the BMW R 1250 GS, KTM 1290 Super Adventure, Harley-Davidson Pan-America 1250, Ducati Multistrada 1260, and Honda Africa Twin 1100.

Throwing in some opinion here, the new Tigers look absolutely smashing. The distinction Triumph has made in the trims based on their roles (GT and Rally) have made the model nomenclature simpler and more purposeful. Will the same style of naming make it to the 1200, assuming it stays a 1200? Does this mean the 2021 Triumph Tiger 1200 Rally is in the works? Or is it too much to ask for? Only time will tell, but the new litre-plus Tiger sure looks exciting. Can’t wait to throw down with it!