KTM is back in the UAE 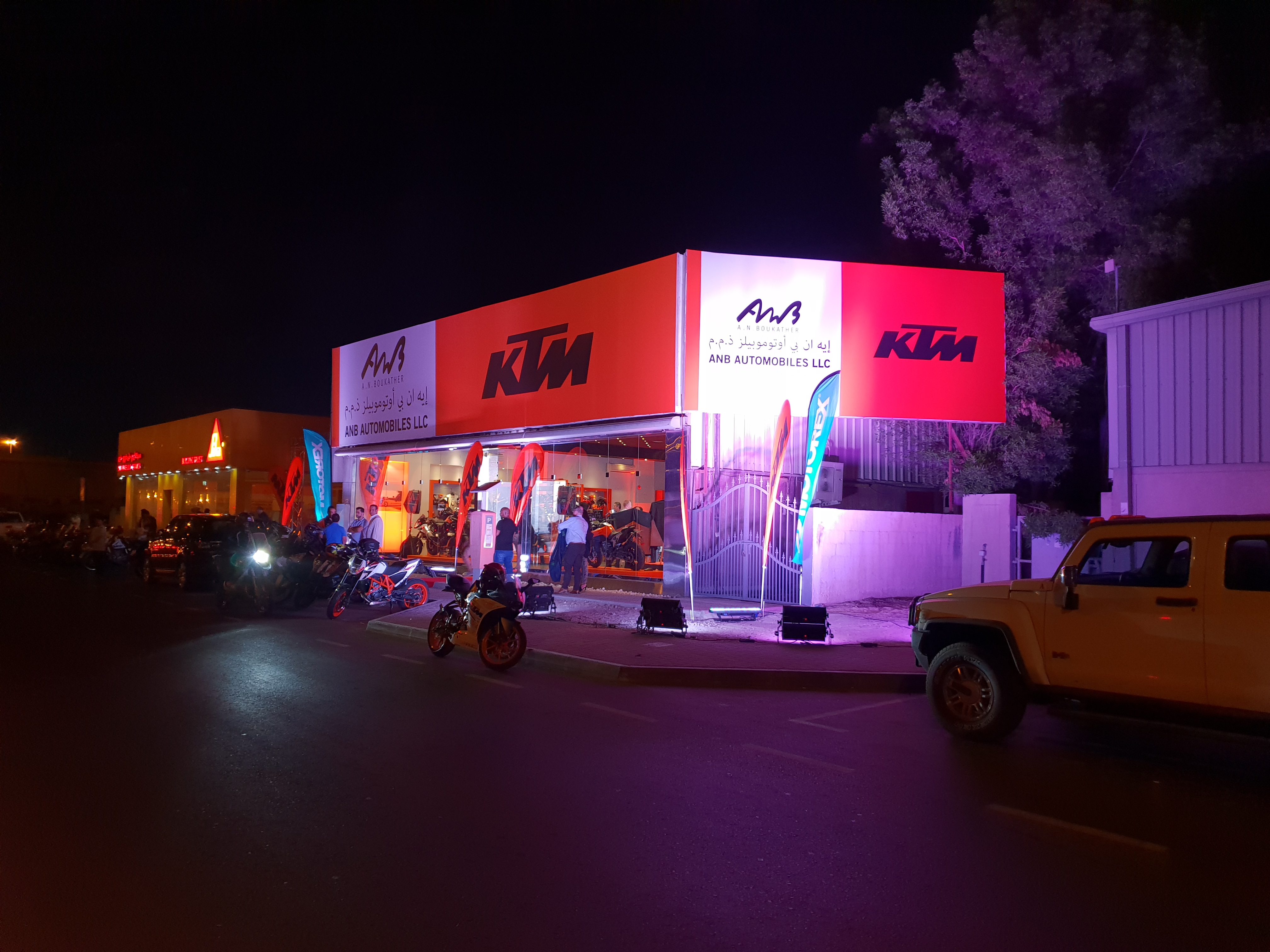 KTM is back in the UAE with ANB Automotive

Tuesday 30th of October 2018 marked KTM’s latest venture in the UAE: the grand opening of their brand new facility in Al Quoz, Dubai. It also marked the start of a new chapter for its exclusive distributor. 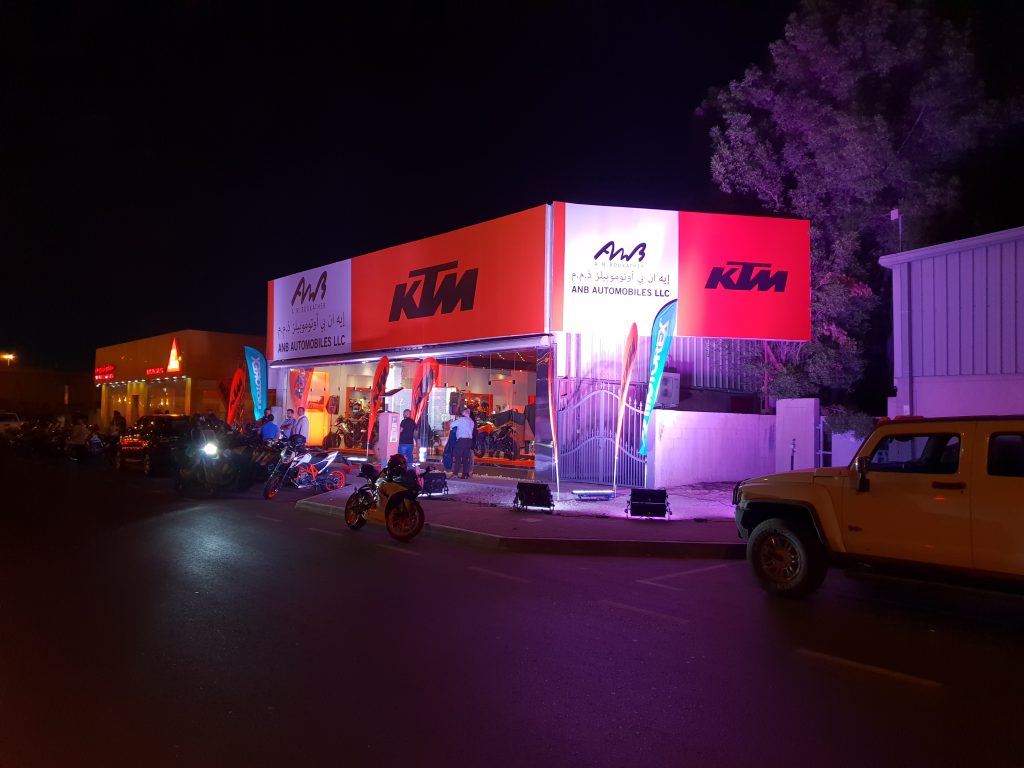 New KTM dealership in the UAE

Ever since KTM Middle East closed their shops in the UAE, they left a wide gap to be filled for those who are orange hearted. Lebanon based group ANB (A.N. Boukather) Automotive, which is part of ANB Holding, managed to successfully obtain the rights to be the sole distributor of KTM in the UAE and Lebanon. ANB Holding owns numerous companies in the Automotive and Real-Estate industries. 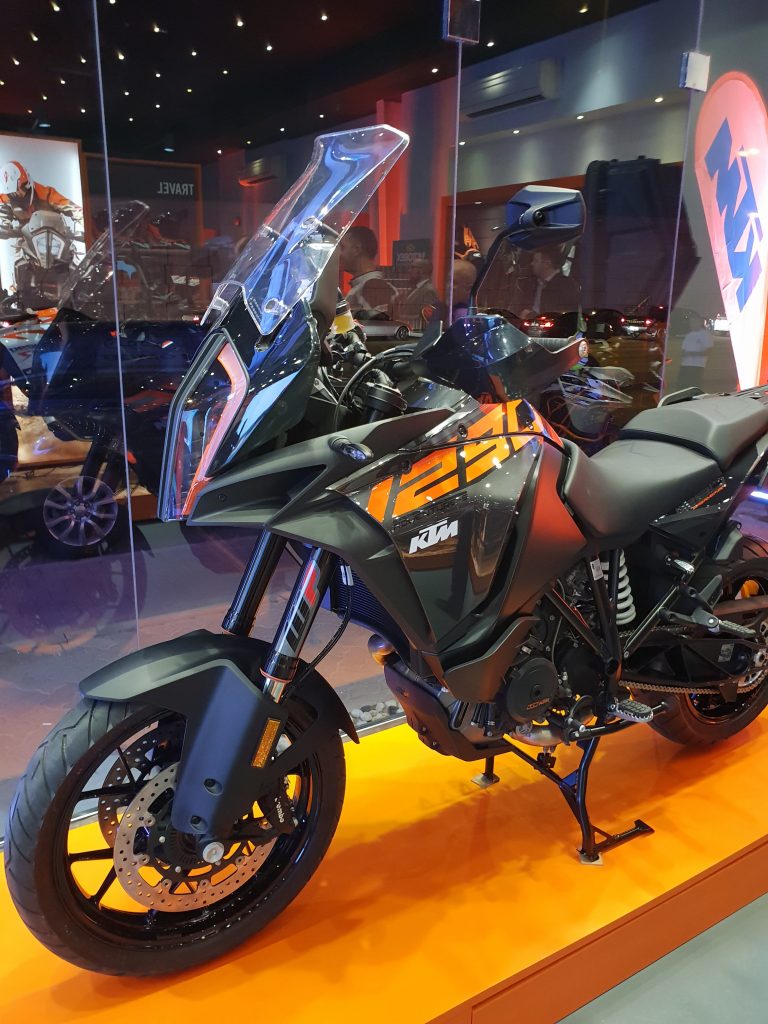 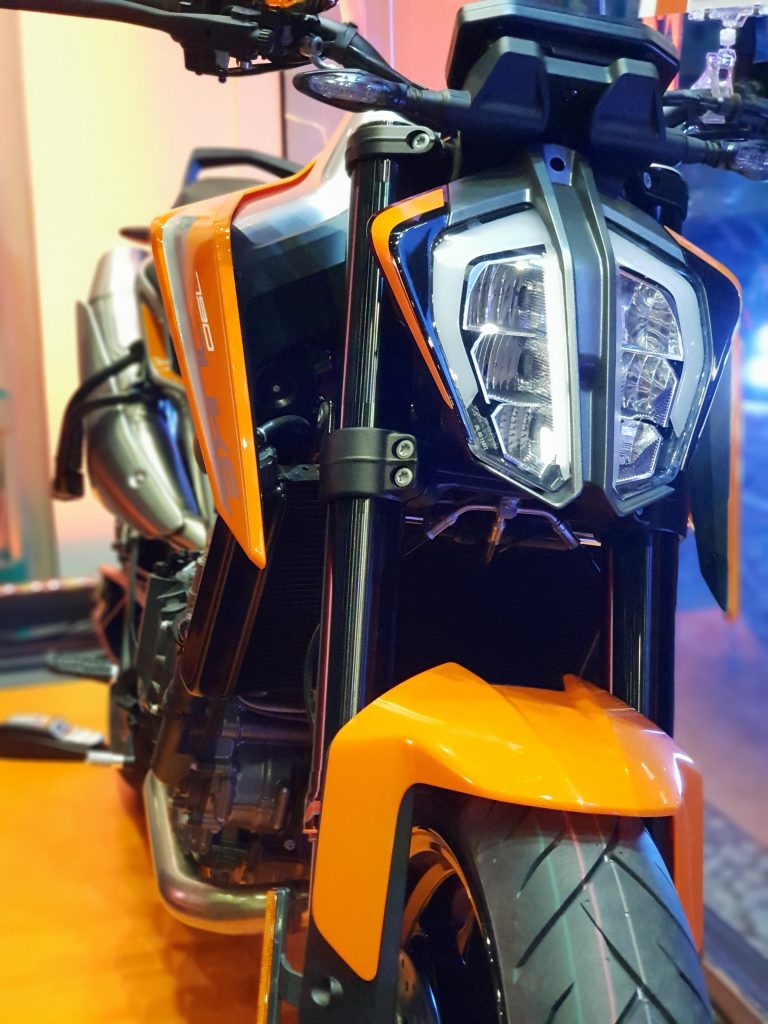 Both CEO and Chairman of the Board of ANB Holding were present for the launch of their new showroom: the twin brothers Nicolas and Anthony Boukather. When Anthony was asked what his biggest dream is for KTM in the UAE, he responded: “To bring smiles to people’s faces, and to ensure a worry-free and enjoyable experience”. This comes back in the company’s motto “Enjoy Moving Forward”. 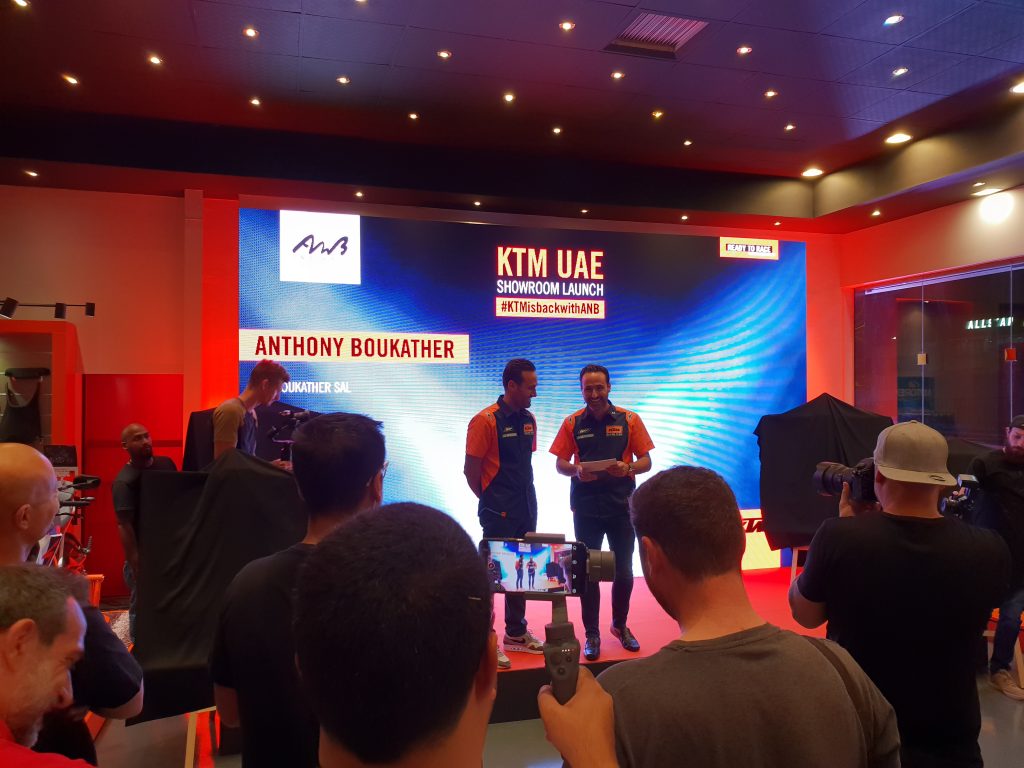 The CEO and Chairman of the Board of ANB Holding.

Marc Roissetter has been appointed as the new General Manager of ANB Automotive in the UAE. During the presentation the entire team was presented, as well as their new KTM sponsored racing talents, the Al Nuaimi brothers. It was made clear that it took a lot of hard work and effort in order to set foot in the UAE and to be ANB’s first dealership in the UAE. Their network however, reaches out to Kuwait, Saudi Arabia and Lebanon. 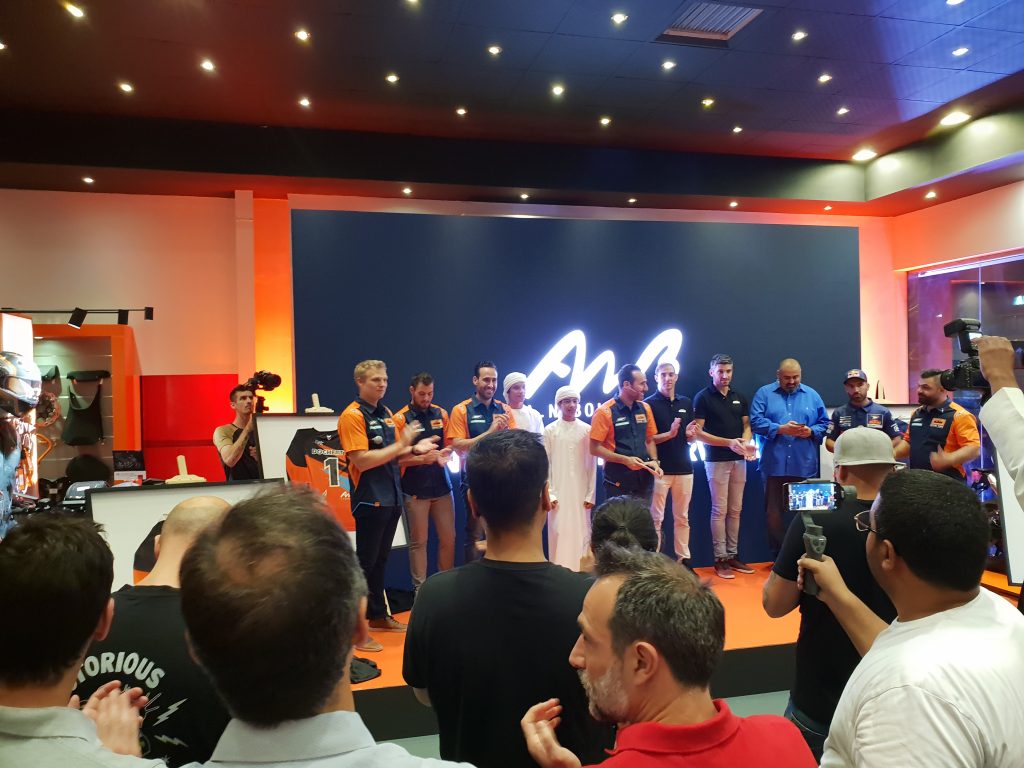 Through ANB’s extensive partnership with KTM, a new-to-ANB Automotive concept was launched during the grand opening: The Phoenix Project. The Phoenix Project can be described as a sponsored community marketing club. It allows customers of KTM in the UAE to have access to clubs and events that are sponsored by KTM across the UAE, Kuwait, Saudi Arabia and Lebanon, as well as workshops and other facilities. We have seen similar approaches with Harley-Davidson and its internationally well-known Harley’s Owner Group. The idea is that with the Phoenix Project, KTM customers get more than just owning a motorcycle; they get access to a lifestyle. Although the primary reason the Phoenix Project was launched, is increasing customer satisfaction and creating a sense of community, the potential of the Phoenix Project could be a substantial increase in revenues through sales and service. It’s a risky move, but, if executed successfully, it could change KTM’s market position in the region. 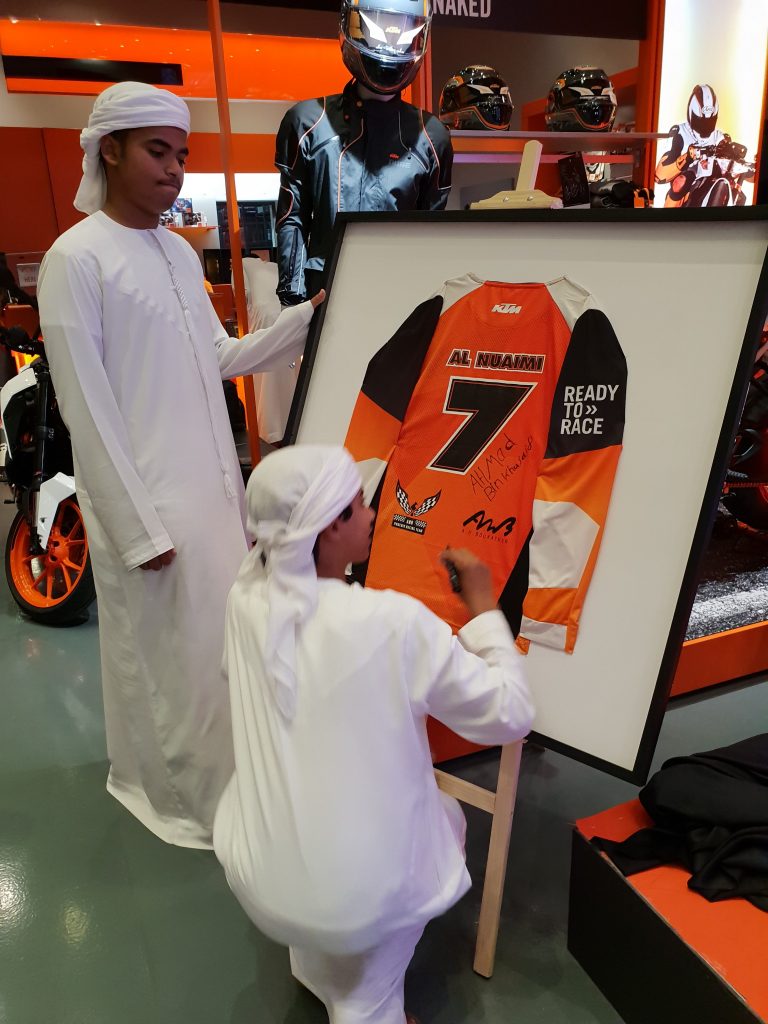 According to the Sales & Marketing Manager for KTM and Husqvarna in the Middle East and Africa, Antoine Mouaikel, ANB Automotive is the best suitable candidate to execute KTM’s expansion plans in the region due to their impeccable reputation and high standard levels, especially when it comes to customer service and satisfaction. KTM expects that trend to be continued in the UAE. Will ANB Automotive be able to meet that expectation? Only time will tell, but whether they will succeed or not, it will not be because of the lack of enthusiasm or creativity. There is definitely a new player in town, and they’re name is ANB Automotive. 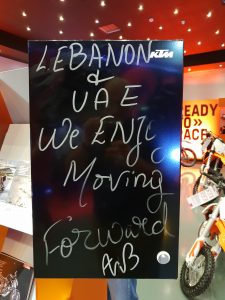 We will review multiple KTM street bikes such as the new Duke 790 and 1290 Adventure soon. Stay tuned for more KTM news. 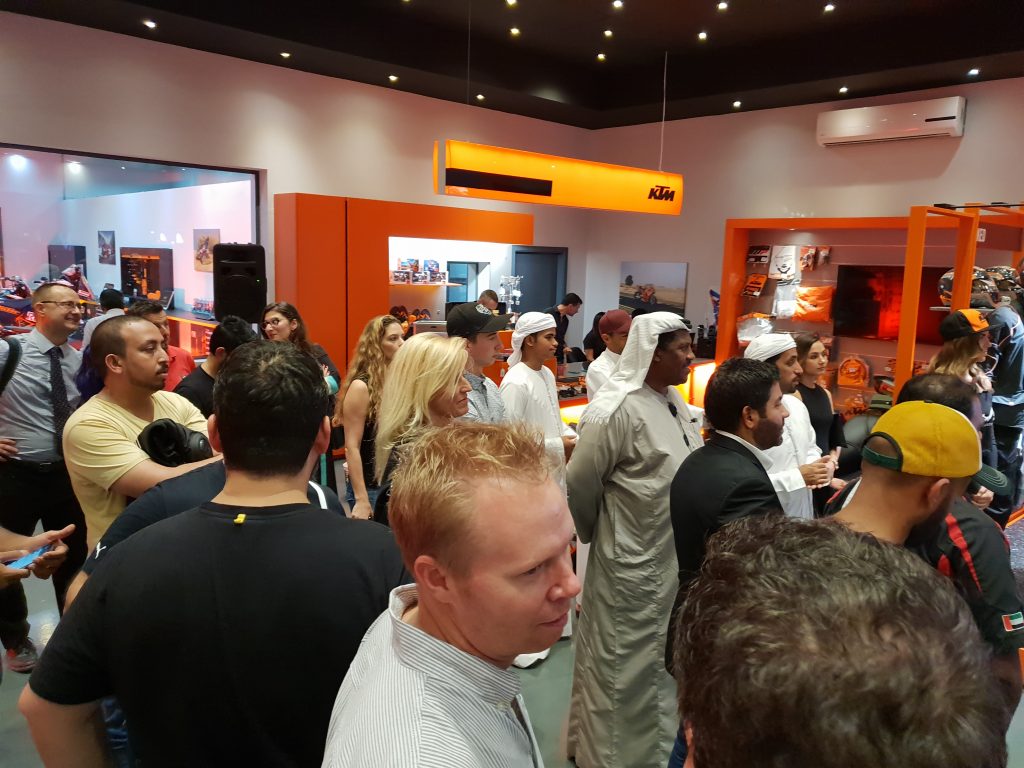 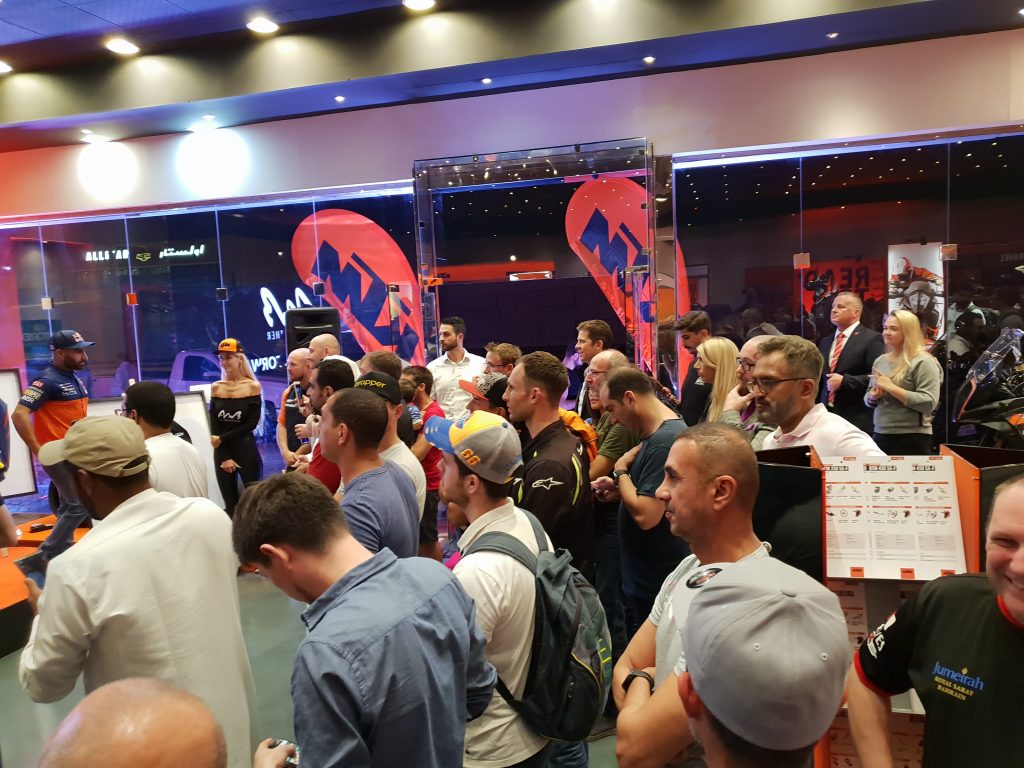