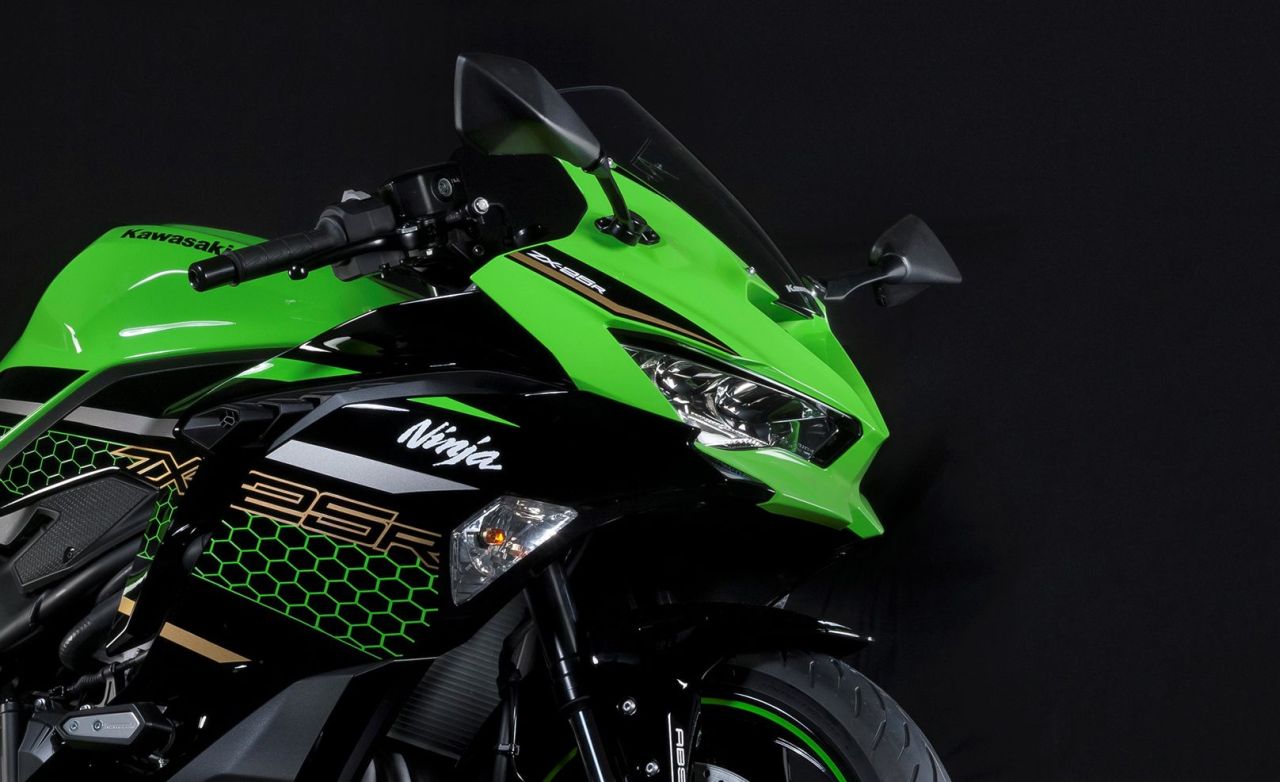 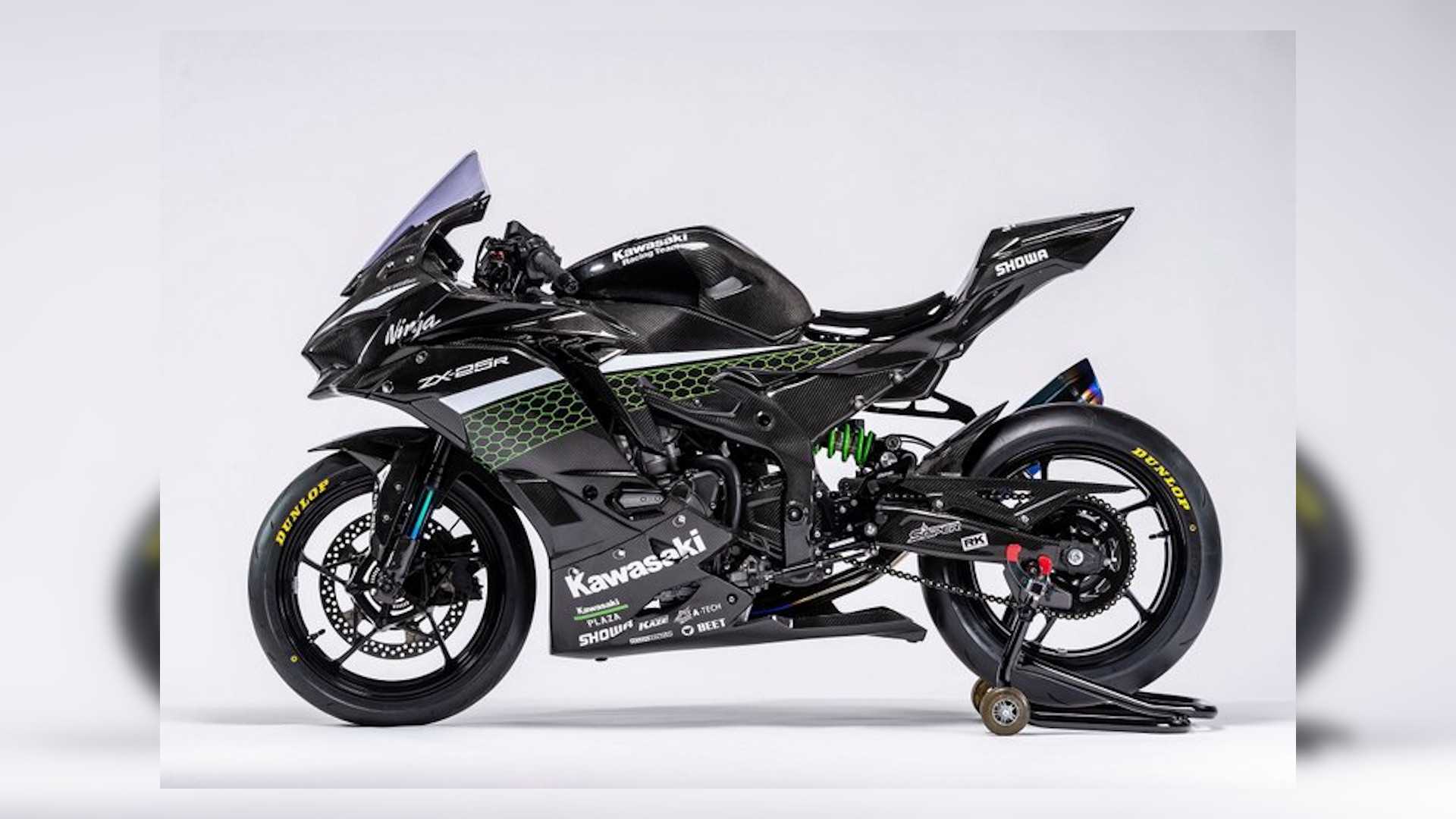 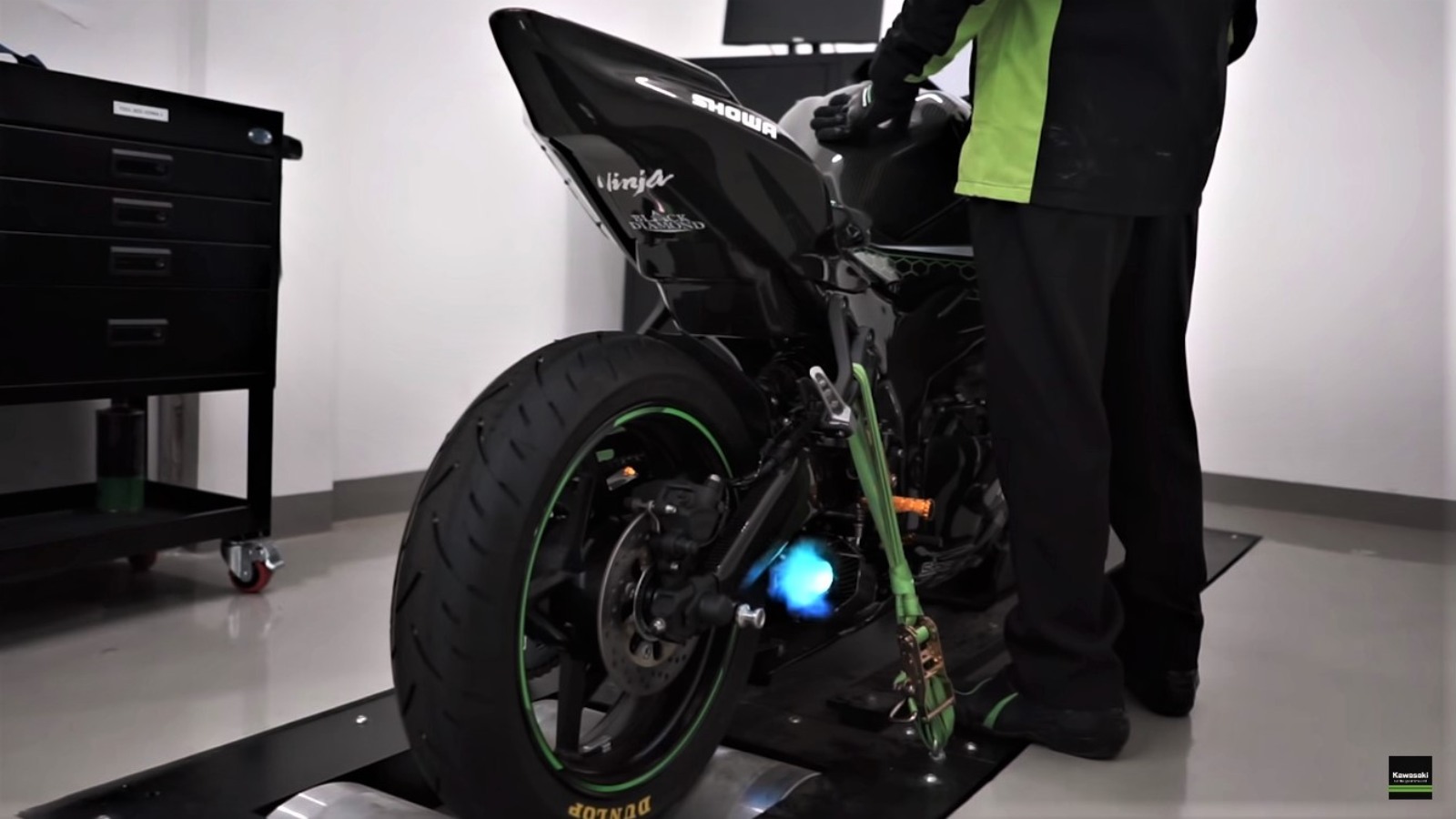 So the much-awaited Kawasaki Ninja ZX-25R will reveal all when it comes to world streets on the 10th of July. Should you be excited?

Well of course you should be. A quarter-litre sportsbike that pushes out 40 odd horses is reason enough. Kawasaki had been feeding us too small tidbits for too long a time. Now it looks they’ve run out of teasers and decided to give us the entire bike.

So what is the Kawasaki Ninja ZX-25R? A lightweight sportsbike packed to the brim with engine tech and electronics usually reserved for litre-class superbikes: this is what the quarter Ninja is. Powering the green monster is a 249cc liquid-cooled inline-four engine that is rated by Akrapovič to push 41hp. And that’s at the wheel.

Akrapovič claims a boost of 1.3hp and 0.7Nm with its exhaust system. The bike also generates 2.5hp at 9800 RPM, accounting for a six percent increase in power output. Alright, enough with the boring numbers. Let’s focus on exciting ones?

For starters, if the Slovenian exhaust specialist claims 41hp at the wheel, Kawasaki will quote close to 50hp at the crank upon launch. These are racebike levels of power, which roadgoing quarter-litre motorcycles can only dream of achieving. Another feat said motorcycles can only dream of achieving is rolling up to a stratospheric redline. And the Kawasaki Ninja ZX-25R has them beat already, offering you 17,500 RPM to play with.

This brings us to the next part of why you should be excited for the twofifty Ninja: its ungodly sound. Kawasaki did treat us to the belting of a ZX-25R on a dyno. And I kid you not, the bike’s sound will raise your hackles while delivering breathtaking output. You would scarcely believe the green motorcycle in front of you only displaces about 250 cubes.

Kawasaki inline-four bikes have always had this visceral, violent attitude about them that can drive even the staunchest of men under the couch. If you have been by one of these on the freeway, you’d agree to the thunderous soundtrack that races by in a flash of green. As you can guess, the Ninja ZX-25R is no exception. Those four cylinders can propel the rider to incredible speeds for a 250. However, even bystanders get a sweet deal of four-cyl symphony.

Excited? I sure am. This green four-cylinder 250cc bike can keep up with bikes like the KTM RC390, Honda CB250RR, and Yamaha R25. And unlike the three, the Ninja sounds absolutely exhilarating. Want one? July 10th can’t come soon enough! If only Kawasaki launched the bike globally instead of just Indonesia. And if only they hadn’t numbered it above their own litre-class cruise missile, the Kawasaki Ninja ZX-10R.