The Lightning Strike Promises To Be A Mass-Market Electric Motorcycle

Electric bike manufacturer Lightning Motorcycles has announced a new motorcycle, one that will offer realistic performance at a realistic price. The bike is geared to serve the mass market and help Lightning further its expansion plans.

Lightning claims the Strike is capable of doing close to 250km on a full battery. It can clock a top speed of 240kph. You can also charge it fully in just 35 minutes. These are not the numbers you should focus on though, since the Lightning Strike will go on sale for $12,998.

If all these numbers indeed make their way to the production Strike’s spec-sheet, we are looking at an electric bike that delivers the performance people want, at a price they expect.

The specs of the Lightning Strike seem promising, and we are eager to see how the company delivers on its claims.

Right now, the nearest contender in the budget performance electric bike segment is Zero. However, Zero has struggled to evenly balance good performance and reasonable price. The company announced the Zero SR/F which is due next month. The SR/F promises a leap forward in performance.

Lightning Motorcycles earned its name by producing the LS-218, a superbike that has held speed records at the Bonneville Salt Flats and Pikes Peak. The bonkers electric bike clocked a top speed of 350.836kph, or 218mph, earning itself the moniker.

The story started with Lightning’s first motorcycle which set a speed record of 279kph at Bonneville. Two years later, the new record stood at 346kph, with Lightning bettering itself again to achieve the 218mph record. A year after the Bonneville record, the company set a new record at Pikes Peak, 22 seconds ahead of Ducati. 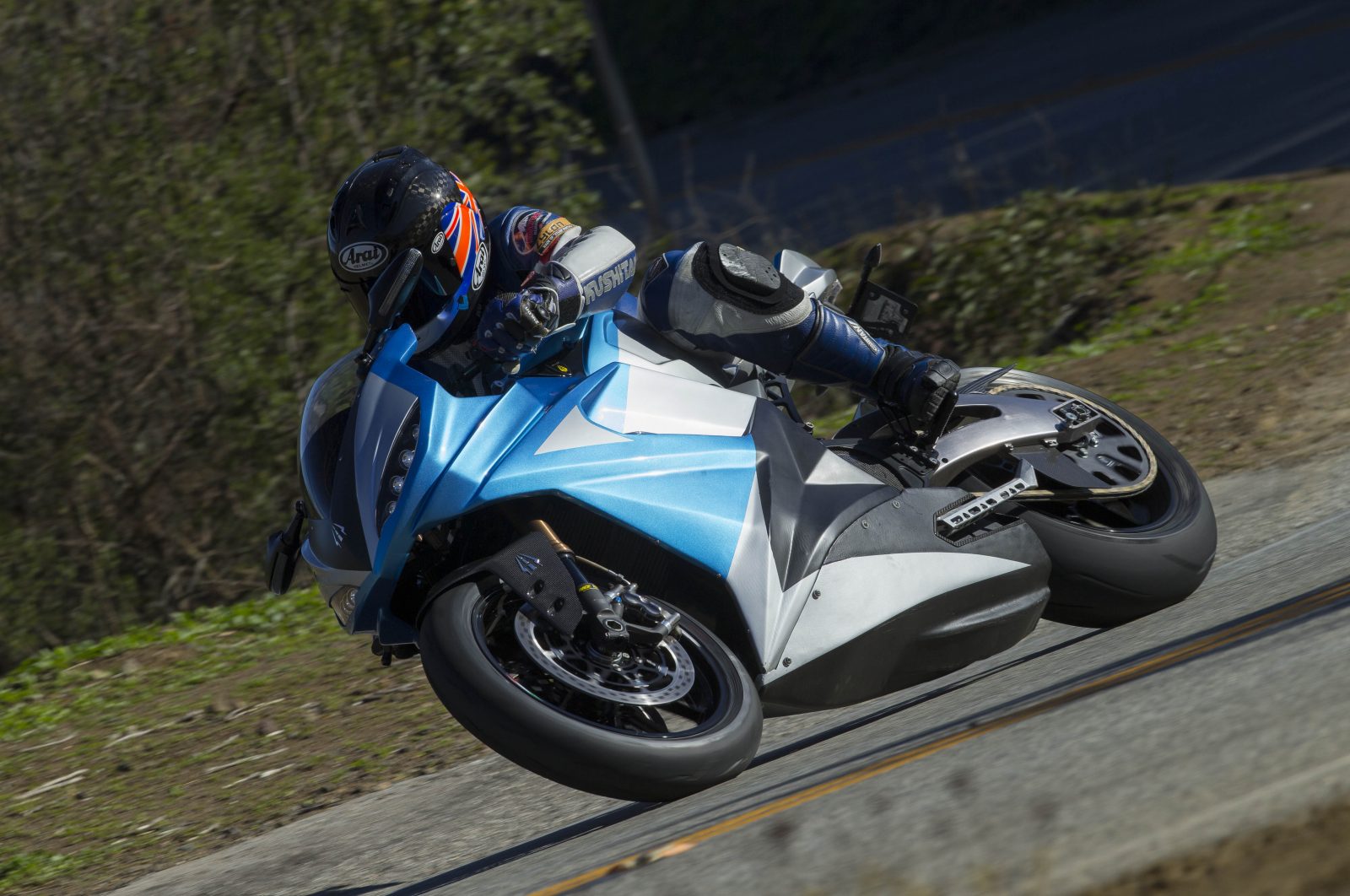 The Lightning LS-218 is set to get a smaller sibling in the lineup.

On the strength of its success, the American company has also moved to a new facility from where it is scaling up its production. With the Lightning Strike on its way, the bike maker is getting aggressive with its product portfolio. It is indeed time for electric bikes to rise!