Could This Be The Next Triumph Thruxton R TFC? 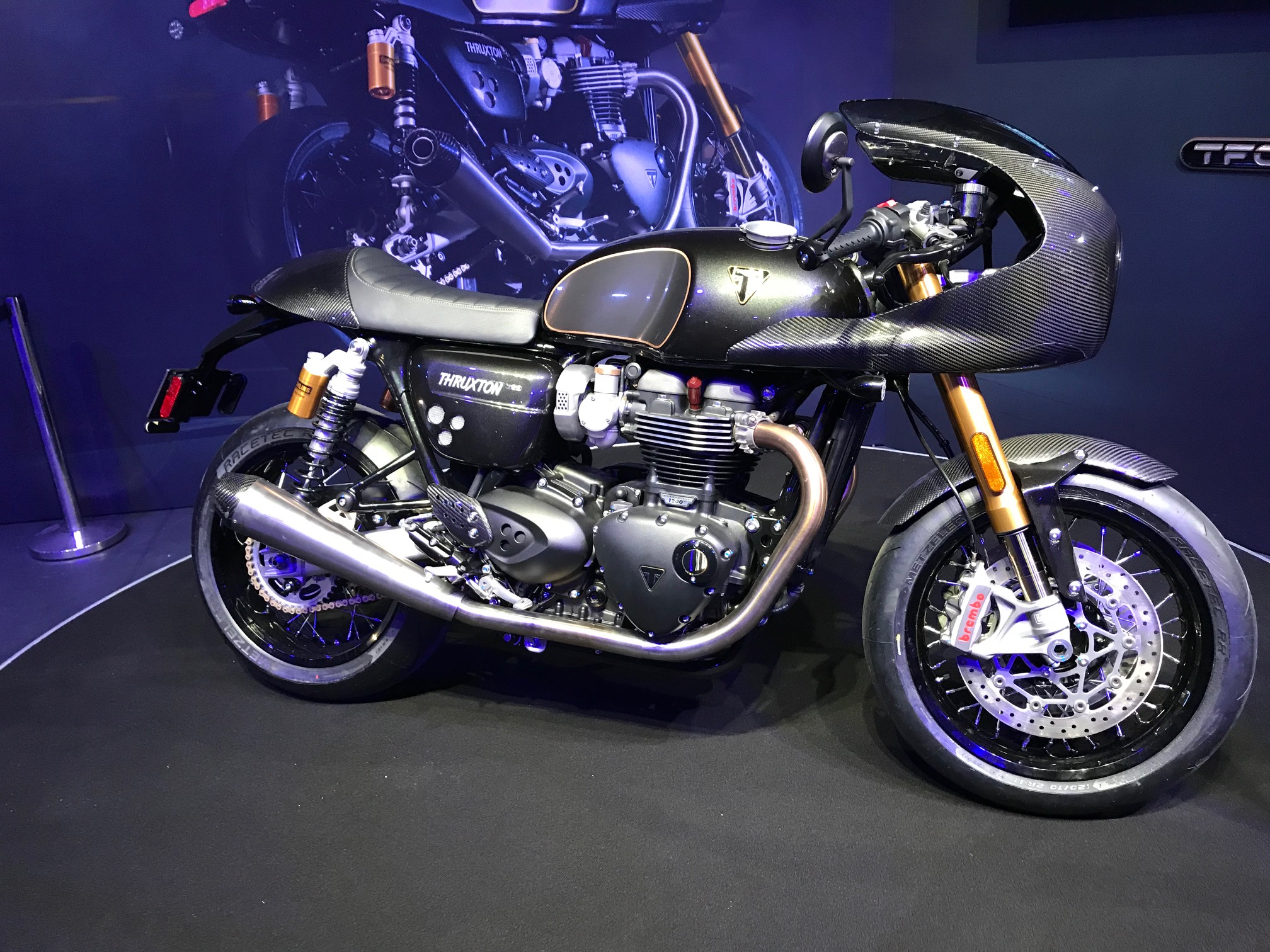 Triumph has enjoyed a big couple of weeks with new models pouring in. The company had recently unveiled the stunning Speed Twin in Paris, following which it officially launched the Scrambler 1200 last weekend.

However, now it looks like the news reserve has not stopped pouring either. Recent photos that were originally posted on the Triumphrat.net showed us an alleged new Thruxton R. The bike is currently nicknamed as the TFC which stands for Triumph Factory Customs.

We very well know that the last time we saw that name was when the company tasked its designers to a biker build off back in 2014. This, in turn, resulted in the people’s favourite Bobber which has been returning impressive numbers for the company since its launch.

A glance at the bike shows that the forks look to be Ohlins. We can see that that the rear shocks are the same looking as the ones we saw on the Speed Twin and Scrambler 1200. This is evidently resultant of the recent Triumph-Ohlins team up. 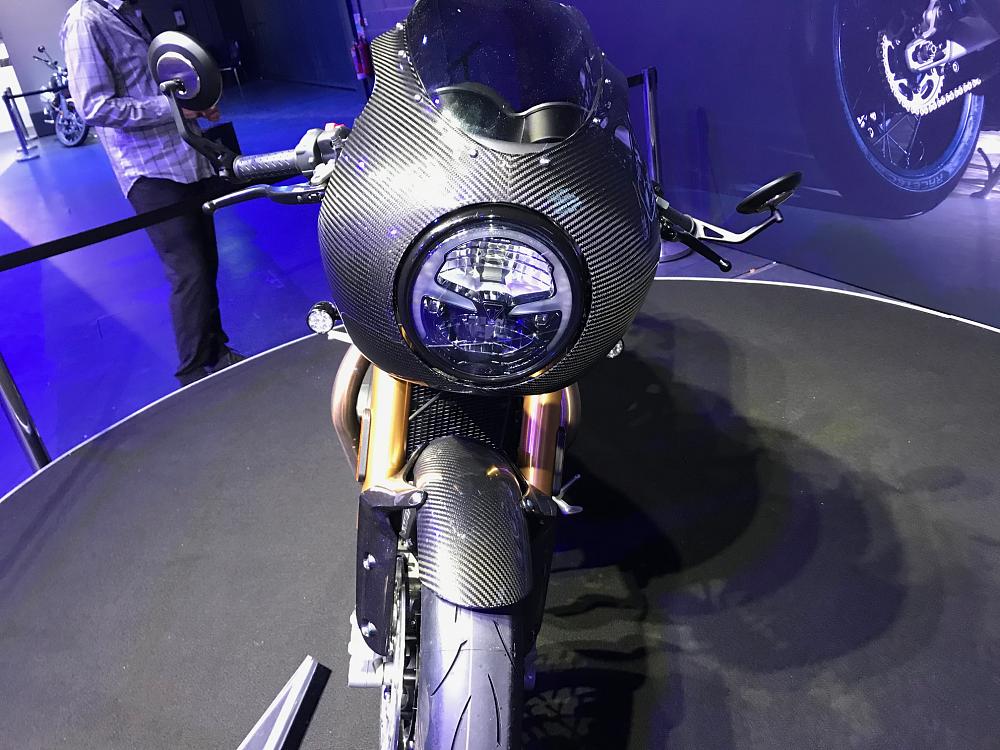 The engine looks the same as any of the current 1200cc retro line-ups in the company’s portfolio. However, it could be safe to assume that the internals would have reduced mass as the new Speed Twin and Scrambler. The concept sits on black finished spoked rims and sticky Metzeler RaceTec RR tyres.

The whole bike is dripping with carbon fibre, from the beautifully swooping fairing to the neat looking seat unit, as far as mixing classic lines and modern materials. 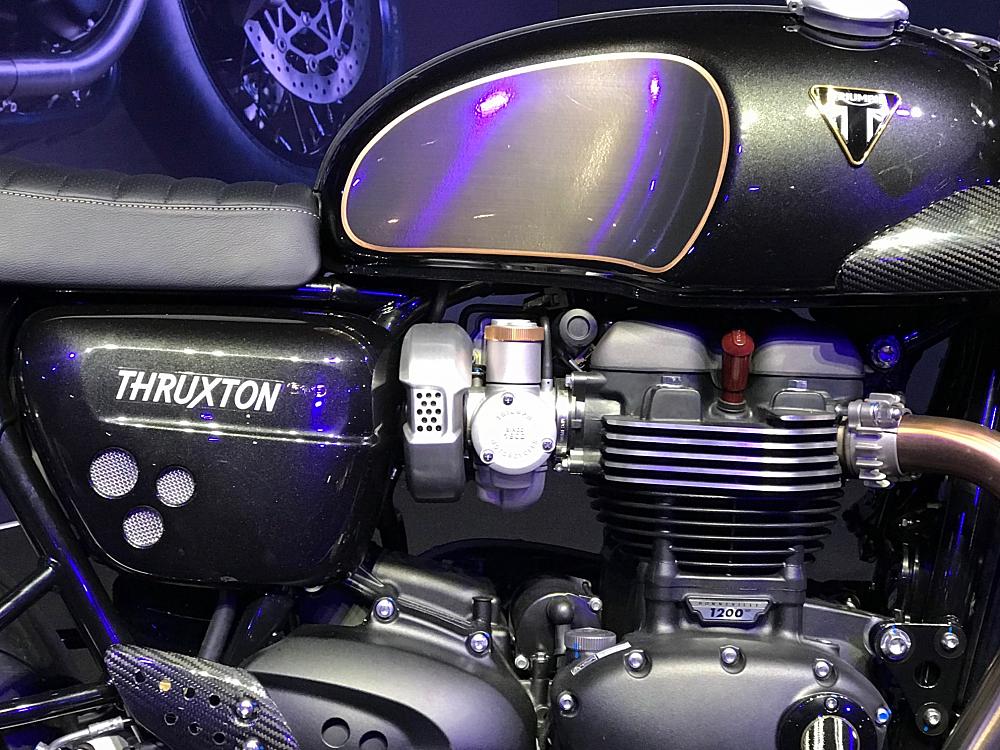 To get a clear comparison of the price range among its other competitors, it should be noted that the Ducati Scrambler Desert Sled, starts at $11,395 MSRP, and the new Moto Guzzi V85 TT is priced at $11,990 MSRP.