Pick Your Play: The Interceptor 650 Twin Or The Continental GT 650 Twin? 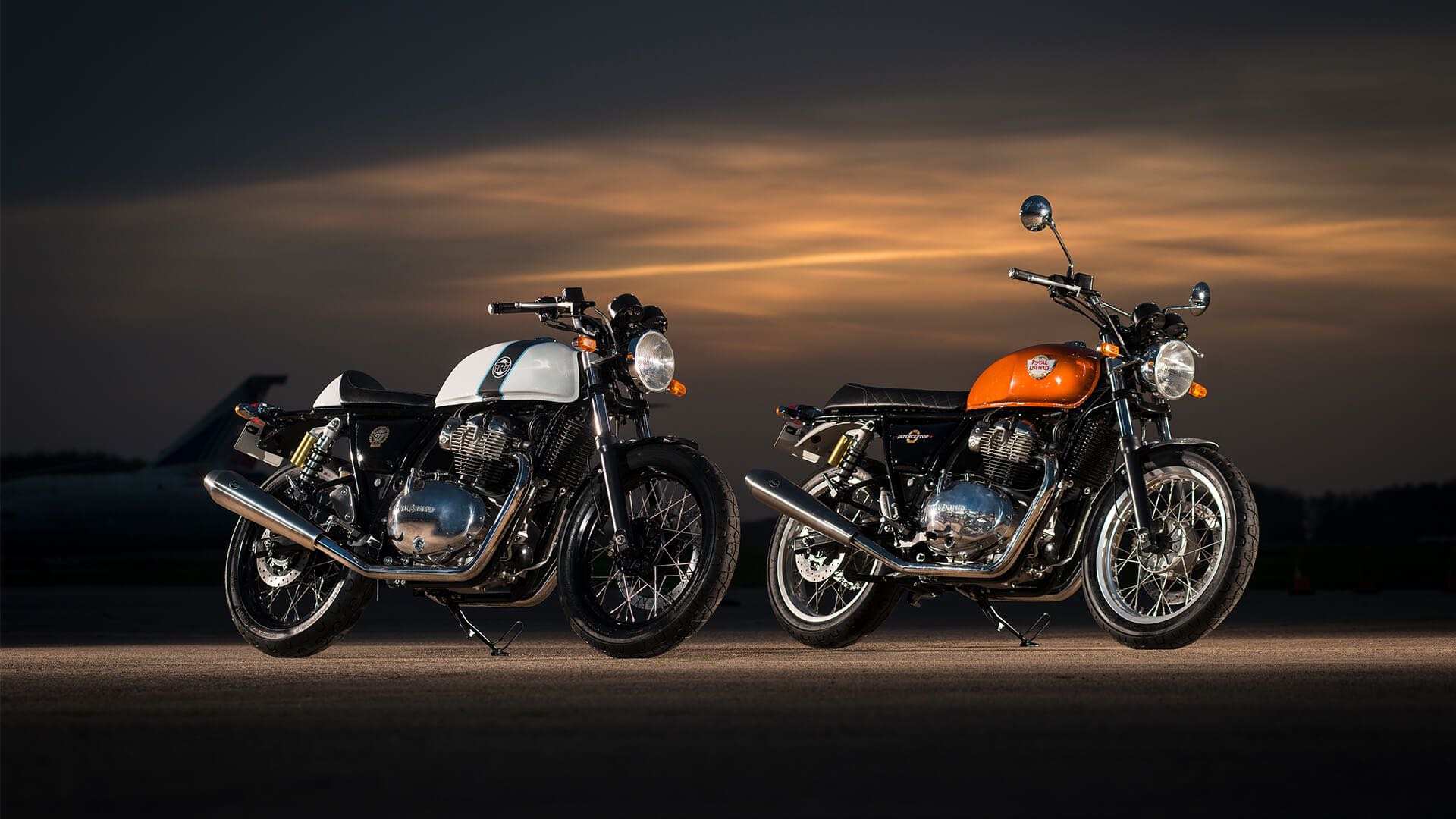 Royal Enfield launched the Interceptor 650 Twin and Continental GT 650 Twin recently. While both motorcycles share the same basic chassis and drivetrain, they offer vastly different experiences. It is up to you to pick your flavour from the two.

Continuing on the similarities, both the bikes share the 648cc parallel-twin engine that is good for 47hp and 52Nm. Fuel injection is standard, and the engine is air/oil-cooled. Royal Enfield had to make a conscious decision of not giving the bike more power and higher tech just to keep costs in check.

You still get a slip-and-assist clutch and non-switchable ABS as standard on both the Interceptor and the Continental GT. The 18-inch wheels on both the twins also wear Pirelli SportComp tyres. It is down to Royal Enfield’s clever engineering that both these twins feel distinctly different while riding.

Let’s start with the Royal Enfield Interceptor 650 Twin. The 648cc parallel-twin powering the bike is an all-new unit. The rest of the bike is pretty much a standard design. A fuel tank, round headlamp, a flat seat, two wheels, and a double-cradle frame with an engine nestled in it, and a pair of exhausts poking out the motor. 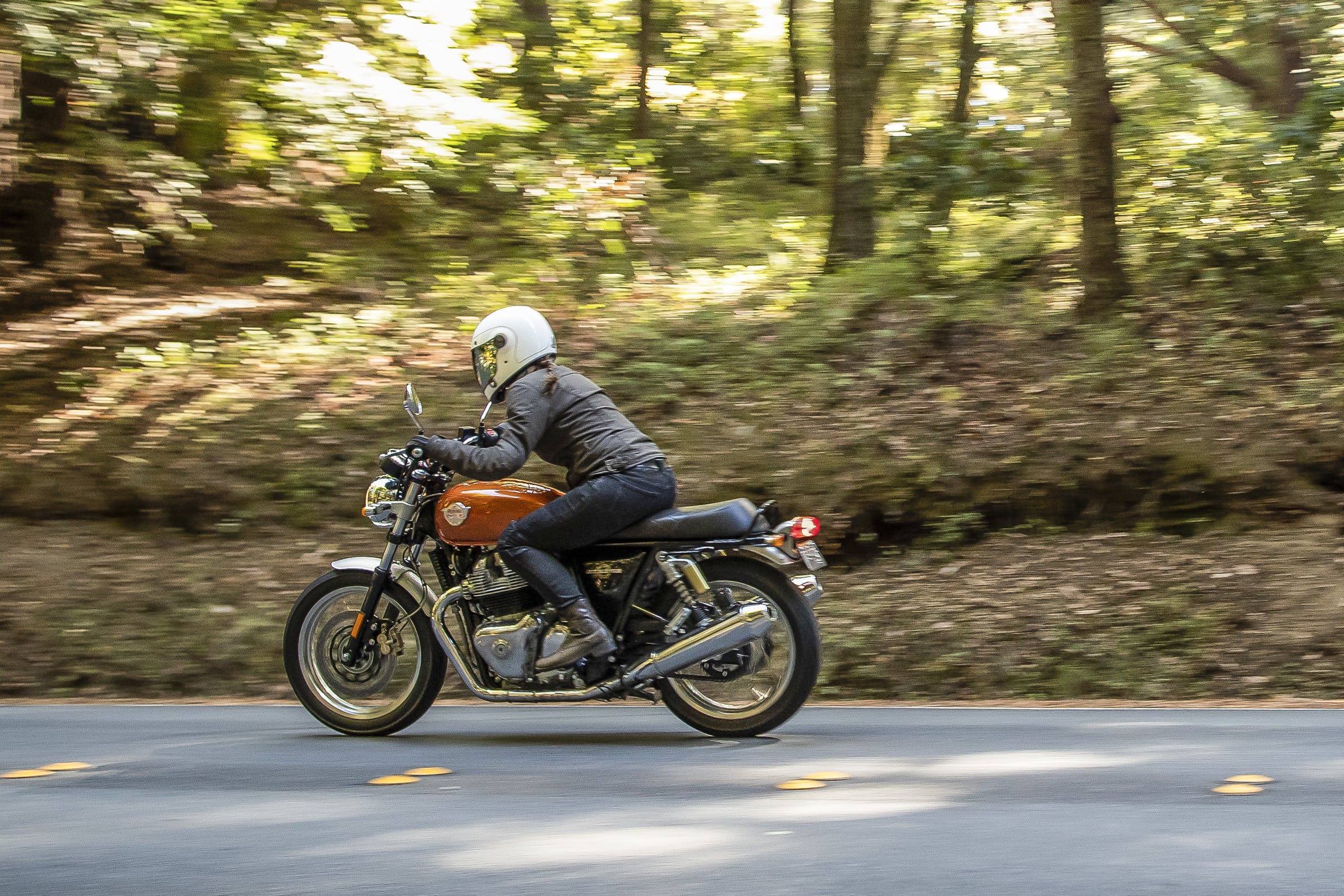 Clean design, torquey engine, relaxed ergonomics, and a sweet thrum for a soundtrack: The Royal Enfield Interceptor 650 Twin has everything going for it.

But it’s the way all components come together to make for a handsome bike that reflects Royal Enfield’s clever, mature design ethos. There is no nonsense in the design, just a straight up classic roadster that has nothing to hide. Riders shorter than six feet will have to lean forward slightly, but the seating position is fairly upright. The bar-seat-peg position is set up for a relaxed, laidback cruising position.

The spacious seat and feet-forward footpegs will have you munching miles in effortless ease. All this while, you will be on a motorcycle that looks like a million dollars but does not cost that much in real life. A 650cc classic roadster that does not burn a hole through your pocket, what’s not to like?

The Royal Enfield Continental GT 650 Twin, as I said before, is mostly a similar motorcycle to the Interceptor. It is a bit lighter for not having a centre stand and a slightly smaller fuel tank. The mechanicals, even the gear ratios are identical between the Interceptor and the Continental GT. 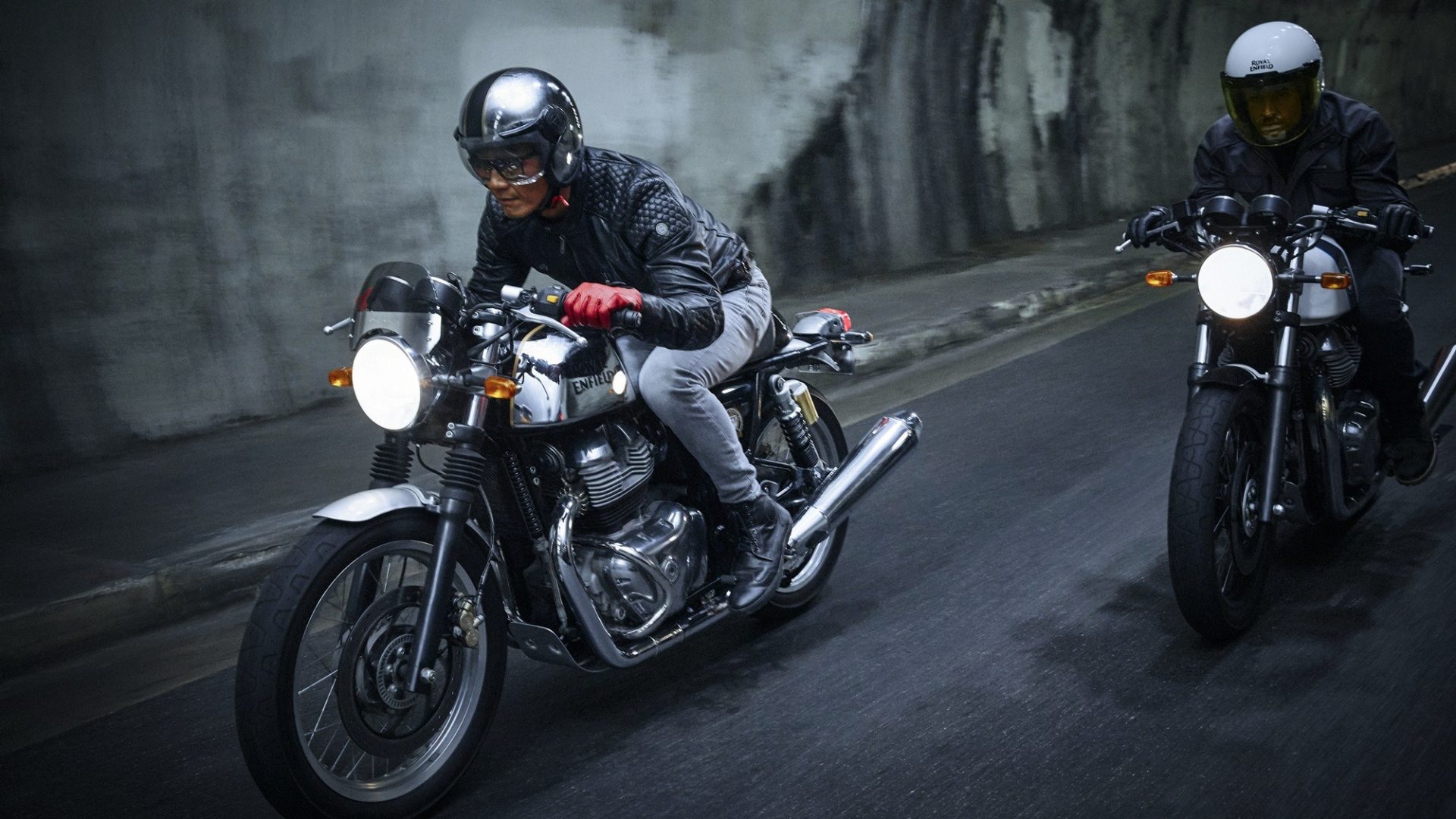 Chase the setting sun in undeniable style backed up by confident performance astride the Royal Enfield Continental GT 650 Twin.

Royal Enfield slightly altered the geometry of the GT to differentiate the two bikes. The angular tank of the GT is visually the most significant element that sets the twins apart. In addition to that, the Continental GT 650 has clip-on handlebars, slightly rearset footpegs, and a single seat rounded off with a sporty cowl.

One might think this is not too much of a difference, but when you ride the Continental GT, your weight is acting more on the front end than being equally distributed, which is the case with the Interceptor 650. Due to the altered weight transfer and geometry, you have a motorcycle that is not too razor sharp as to attack corners, yet responds to your steering inputs in a more precise fashion. Just as Royal Enfield had intended.

Lastly, due to the forward-biased position, the entire bike-rider package is slightly more aerodynamic, leading to a higher top speed.

Time To Pick Your Play

So which of these 650 Twins suits you? The answer is rather simple. If you are the type of motorcyclist that just wants to have a swell time on a sufficiently powerful, good-looking motorcycle, you will find yourself taking a liking to the handsome Royal Enfield Interceptor 650 Twin.

On the other hand, if you like a motorcycle that is more involving, rewarding to ride fast, the Continental GT 650 Twin ticks all the boxes for you. With its precise manners and excitable handling, the GT is for those who are thrilled by the cafe racer lifestyle of old.

What are you waiting for? Go pick your play!