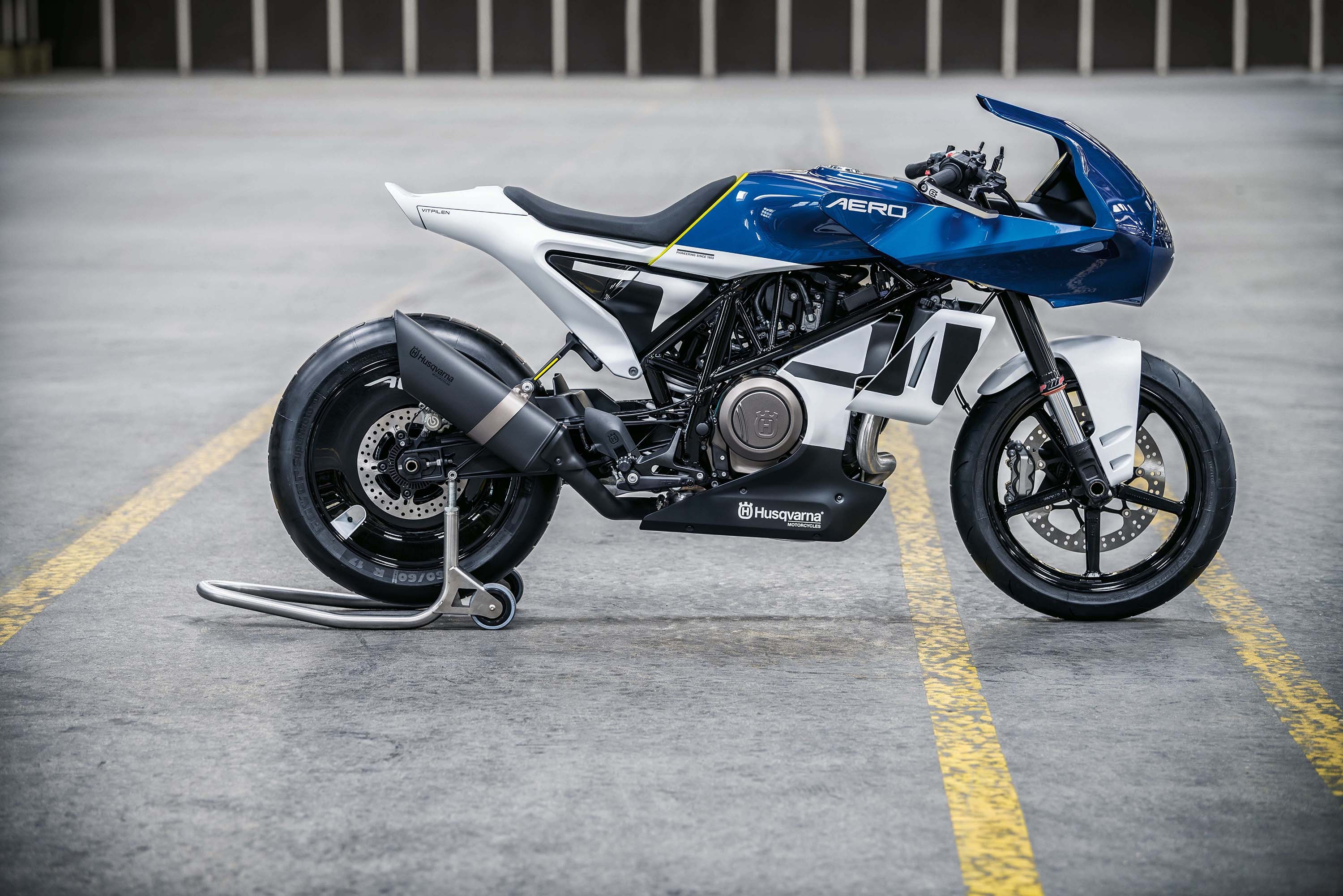 The EICMA serves as a perfect platform for Husqvarna to showcase its concept-staged bikes until it hits the production ramps for real. A fine example is the Svartpilen and the Vitpilen that were brought to us as mere concepts at the EICMA but now have been officially launched.

This year the Swedish brand joined the distinguished bikes list at the EICMA with its new ‘Aero’ model. This is not the first time that the name ‘Aero’ has made a public appearance. Last year, we saw the Vitpilen 401 Aero concept while this year, we come across its elder sibling. From the looks of the 701 concepts, it is safe to say that most of the design is derived from the 401, of course with a bigger engine in its belly.

The new variant is a derivative of the Vitpilen 701 and the 401 Aero concept merging together. Husqvarna has traced a retro modern design for the Aero with some vibrant colours.

The bike features a disc rear wheel that complements the swept back café front fairing. Additionally, the slash-cut exhaust also fits into the overall aesthetics of the bike perfectly. This is inspired by the Vitpilen 701 street bike.

Probably one of the most underrated features of the Vitpilen Aero concept is the round TFT dash which functions in the borderline of functional and minimalistic. However, this could be a start of Husqvarna’s expeditions for more robust electronic features in the two-wheeler space.

Among other attractions that were launched by the Swedish brand at the EICMA was the Svartpilen 701. A year after it was unveiled as a retro-modern flat tracker, Husqvarna confirmed the production of the bike this year.

The bike is built around the KTM 690 Duke and will put out as much of 72bhp of power and 73.5 Nm of torque. The appearance of the bike is not the only area where Husqvarna has hit the right notes but also the ergonomics and mechanics. The bike scales a wet weight of 169kg. In order to hit the production ramps of the company, Husqvarna has designed a special exhaust design with a slashed end that is Eruo4 compliant. 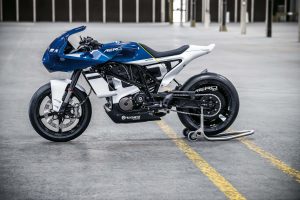 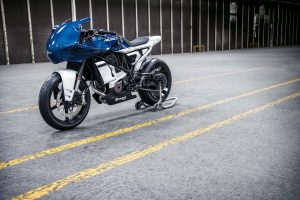 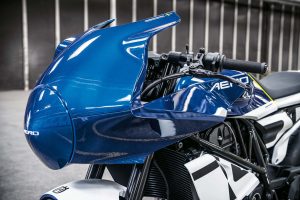 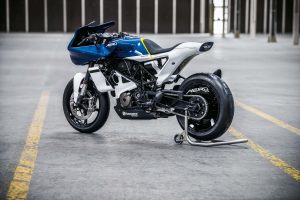 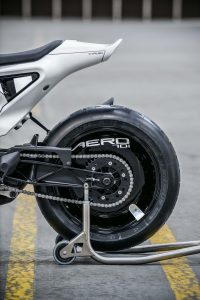 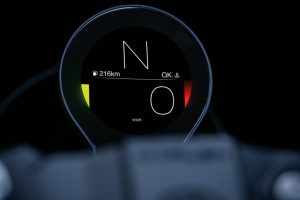 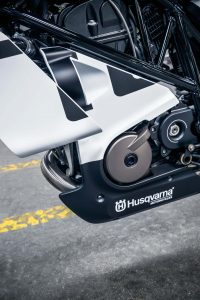 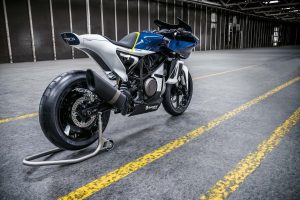 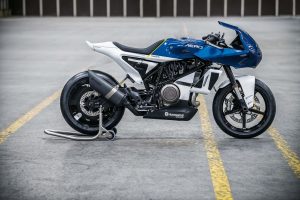