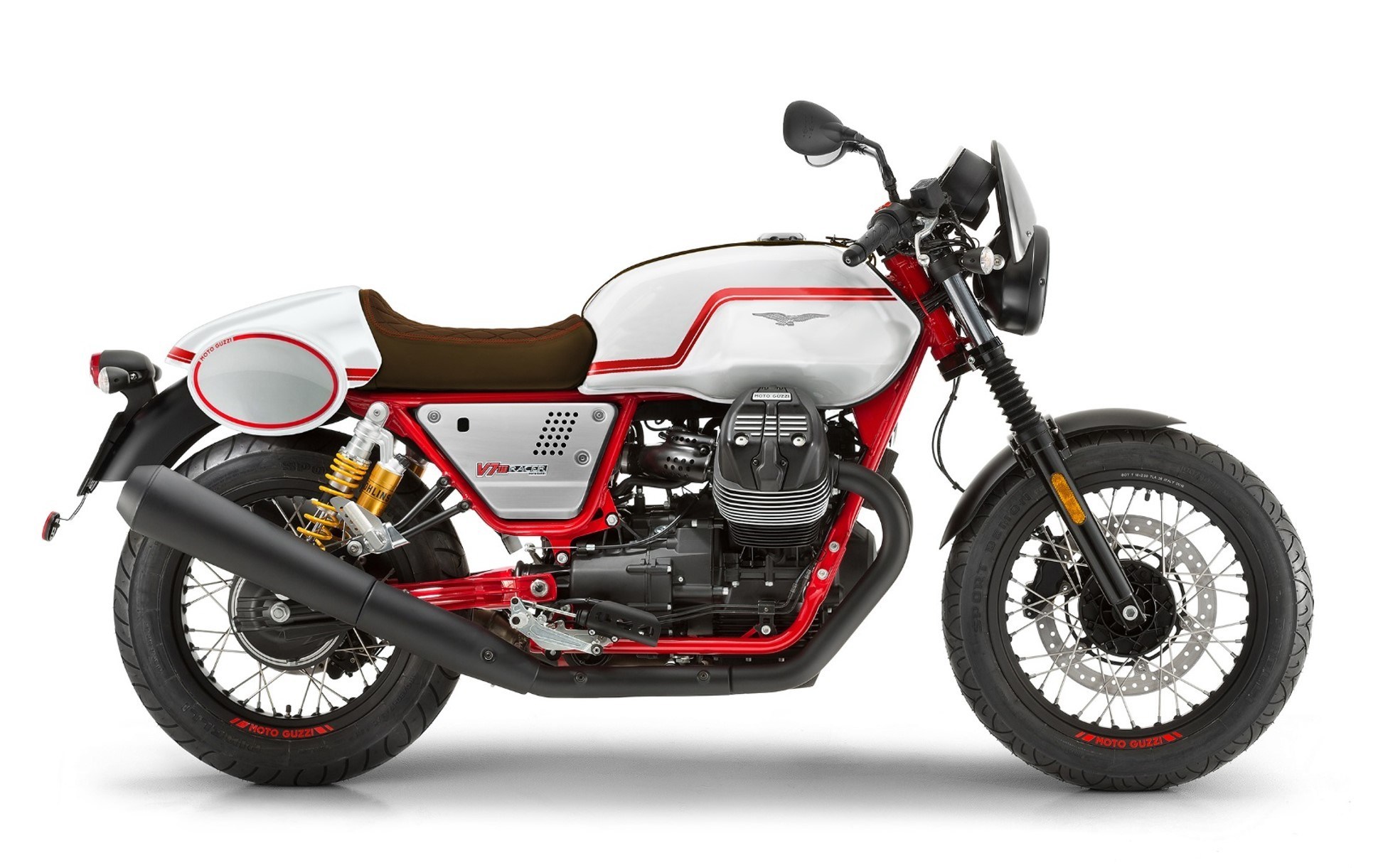 Moto Guzzi is harking back to one of its legendary motorcycles from the yesteryears: the Moto Guzzi V7. Honouring what the company claims “Italy’s first superbike” is the new V7 III Racer.

In the words of Moto Guzzi, “The new Moto Guzzi V7 III Racer is not only the most sports-oriented of the range but also the one with the most prestigious. This limited-edition model further demonstrates Moto Guzzi’s ability to continuously create true customs directly from the factory.”

Gloss-coated white graphics make their way onto the V7 III Racer, along with red accents. The frame, subframe, and swingarm are red, for instance. The overall look is reminiscent of the 1971 V7 Sport series nicknamed “Telaio Rosso” meaning “Red Frame”. 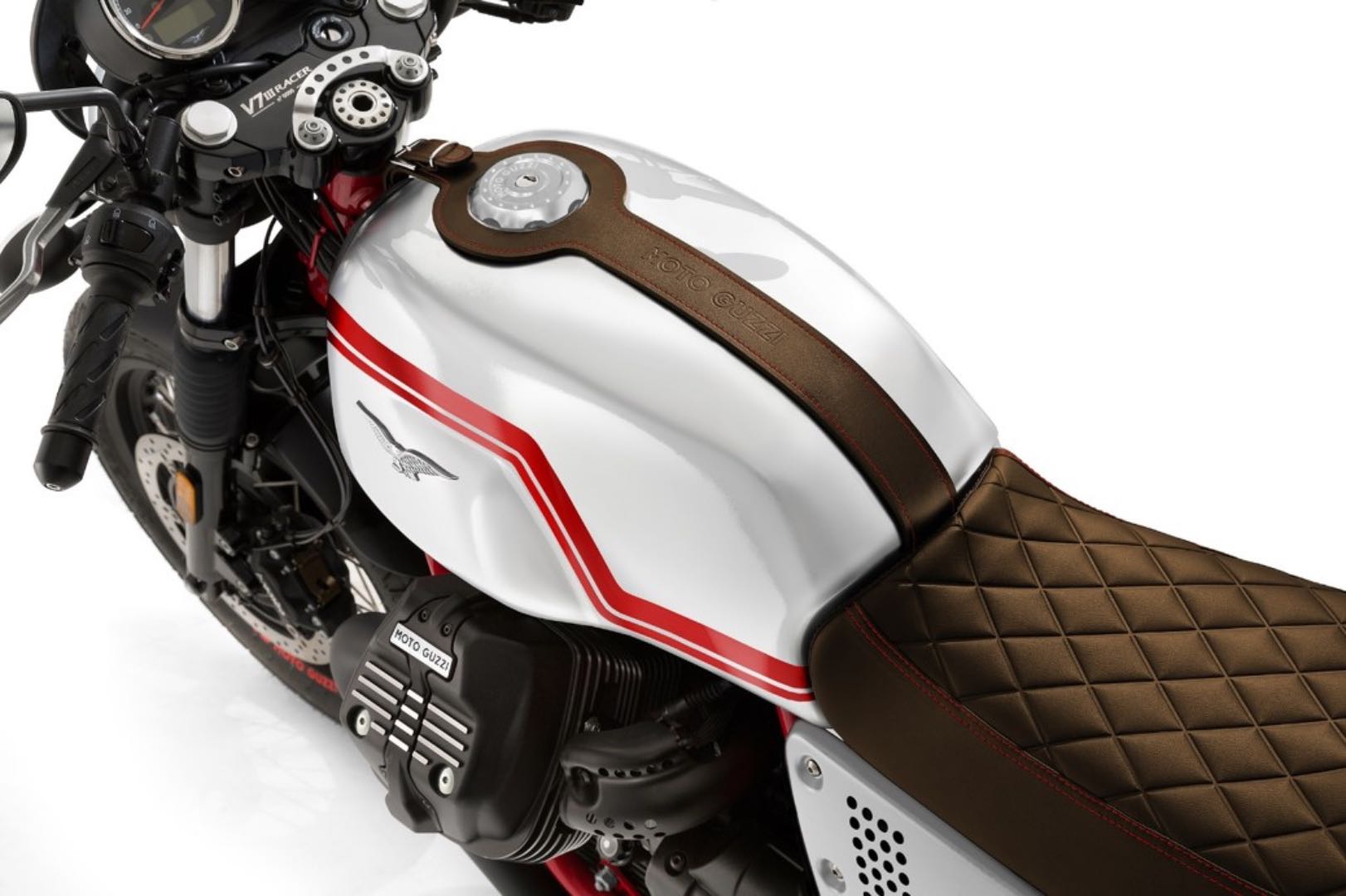 The leather running down the tank’s length is a classy touch to the design, accentuating the bike’s ties to race bikes of old.

Another interesting design detail is a leather strap that runs across the top of the fuel tank. It continues down the middle from the top clamp to the bike’s seat, which is finished in the same colour. Funky colour and details aside, this bike features premium materials and components where it counts. Out back, you can find twin Öhlins shocks with piggyback reservoirs. These are fully adjustable for spring preload, plus rebound and compression damping.

Like other V7 III Racers, you get standard passenger footpegs and a passenger seat cover, both of which are easily removable for a lone-wolf look. The front footpegs a rear-set and machined from solid billets. Moto Guzzi lightened the steering stem, and added a tweaked steering yoke guard. The bike’s spoked wheels have black channels and red Moto Guzzi stickers.

For those still unsure as to why the V7 of all bikes is getting a limited-edition trim, the bike was a stellar racing machine in its time. It has scored more than 3,300 wins including 14 Grand Prix titles, 22 world records, and 11 Isle of Man TT titles. The current Moto Guzzi V7 III Racer Limited Edition is powered by a transverse 744cc V-Twin that makes 52hp and 60Nm. It will be available from June onwards globally.