Honda To Commemorate The CB750 Four With A Special Model 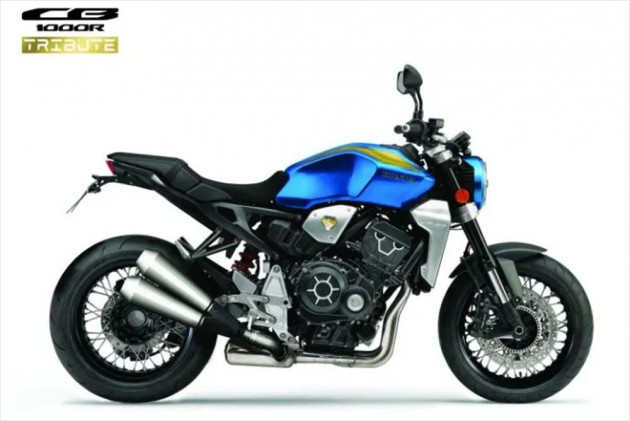 Not a lot of models have left their mark in a hundred years of all things two-wheels with an engine. A few examples that immediately crosses our minds are the Harley-Davidson Model J, MV Agusta’s World Championship-winning 500 Three or even the Honda Cub that became the best-selling bike in the world with 100 million units sold since it went on sale in the late 50s. In the second half of the 20th century, Honda stirred up a similar storm with one of the industry’s biggest game changers, the CB750 Four.

This year marks the 50th anniversary of the iconic model that returned gargantuous sales for the company. Commemorating the same, Honda will unveil a special CB1000R Tribute at the Roma Motodays in Italy.

While the changes are mostly expected to be aesthetic, the CB1000R receives an era-appropriate blue-and-gold livery as well as a dual, y-shaped exhaust tip and a set of wire spoke wheels. These are aimed to be reminiscent of the look of the original four. The Honda badging is done with the iconic winged-style and the wings are illustrated instead in a matching yellow gold insignia located on the side plates.

At the moment, we are not clear if Honda will push the model into production. According to the Roma Motodays’ Website description, this is a one-off, built in collaboration with Honda Italy. And one lucky visitor of the expo is expected to win the keys to the same through an online contest.