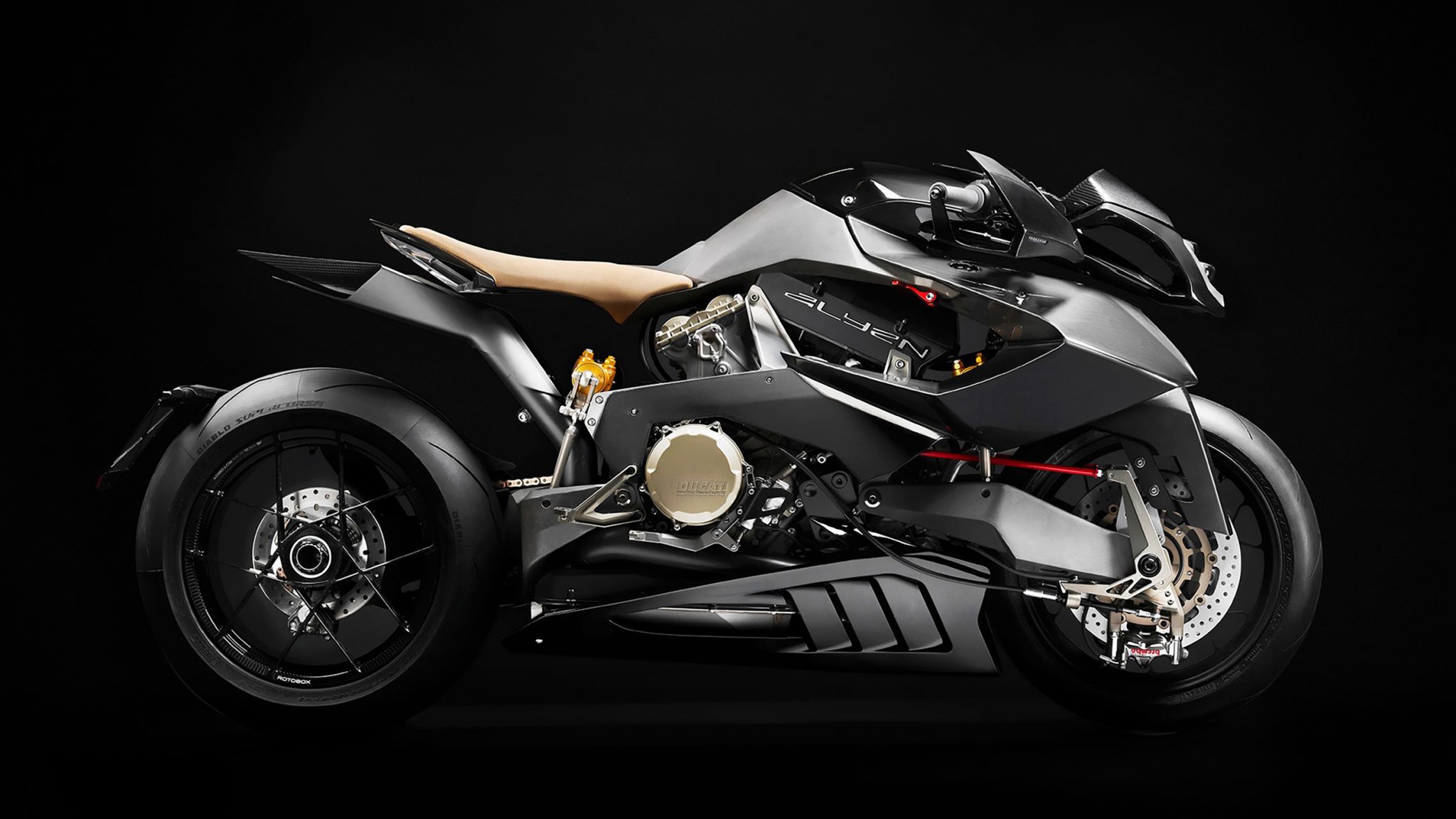 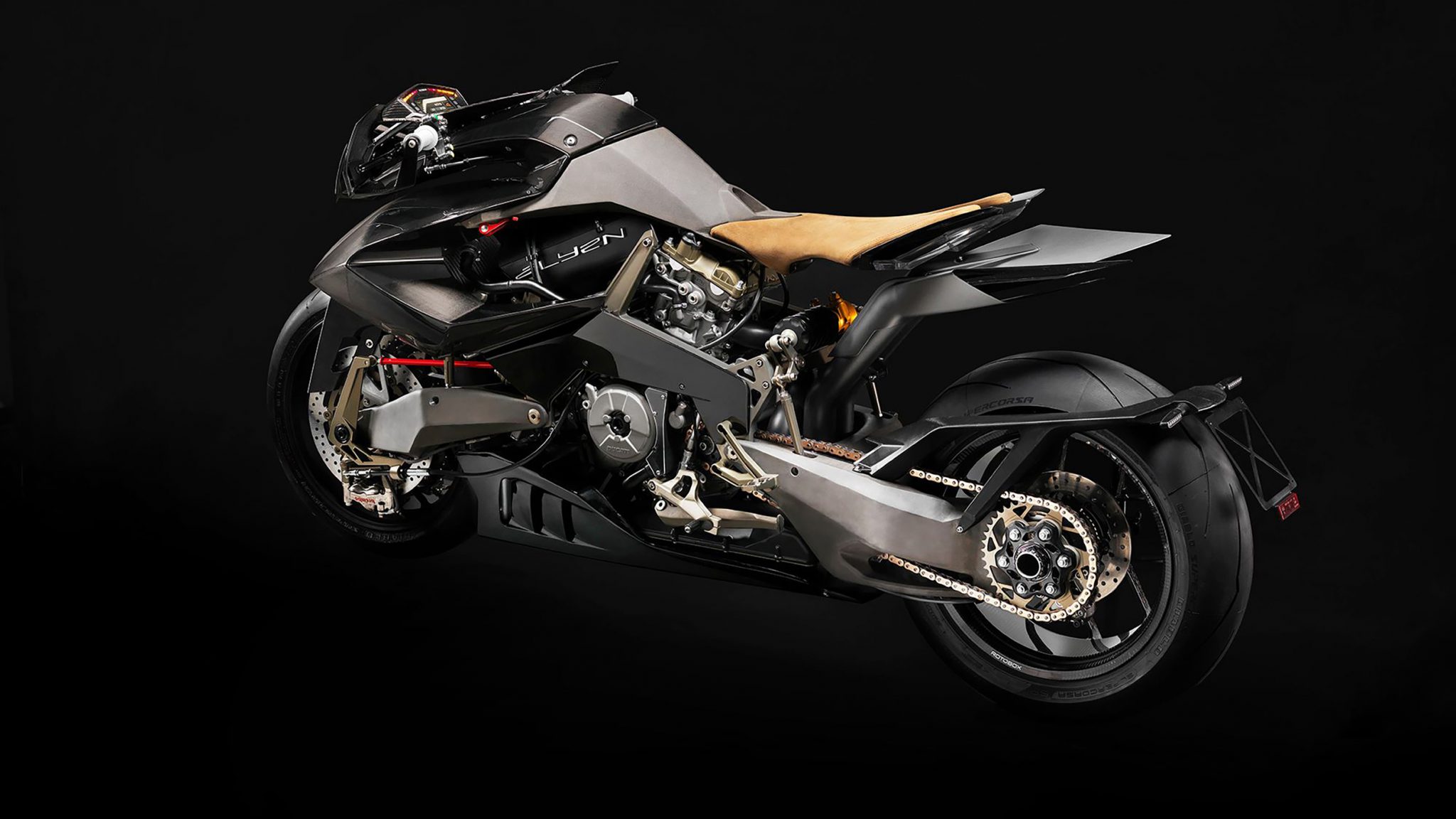 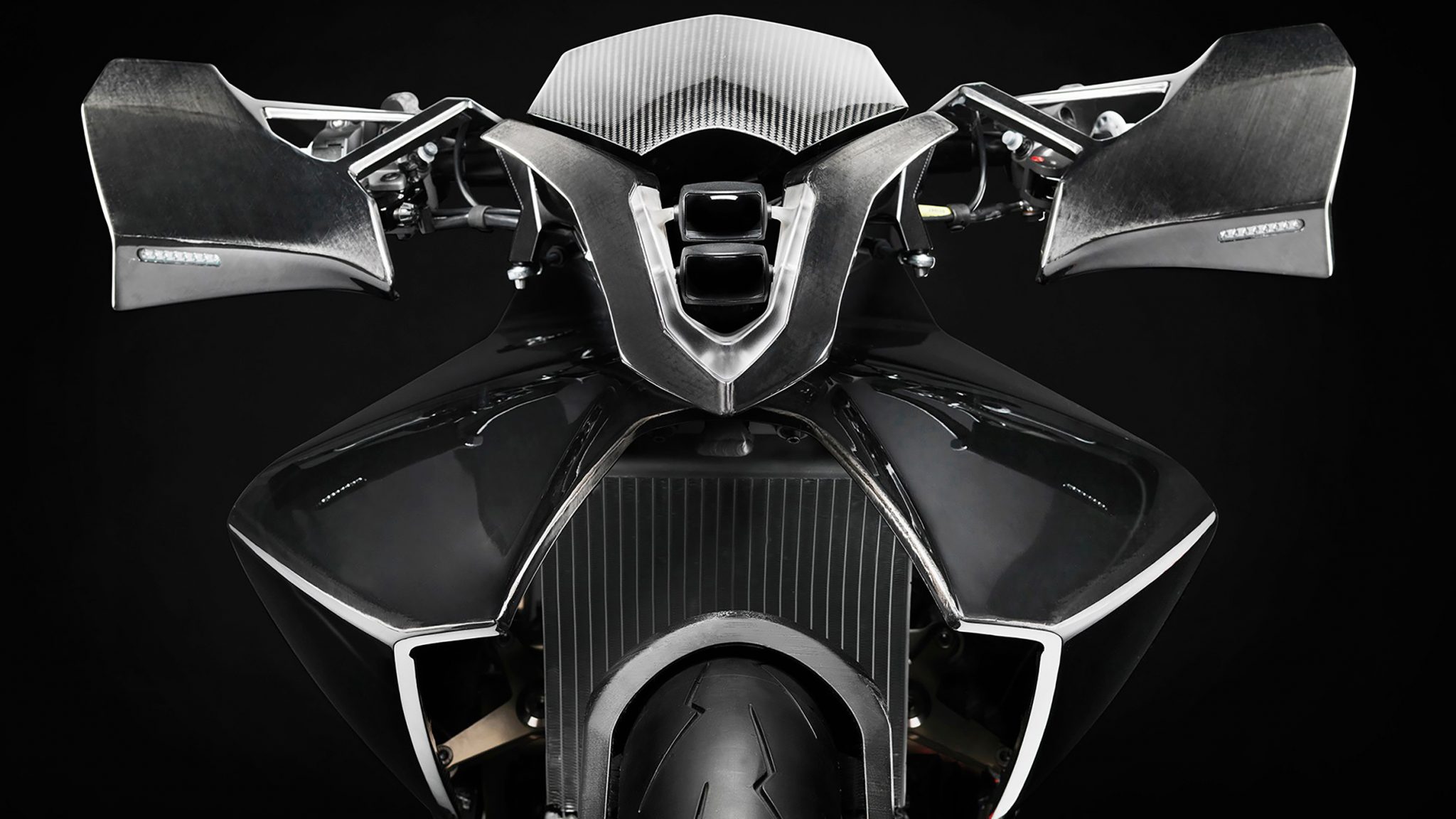 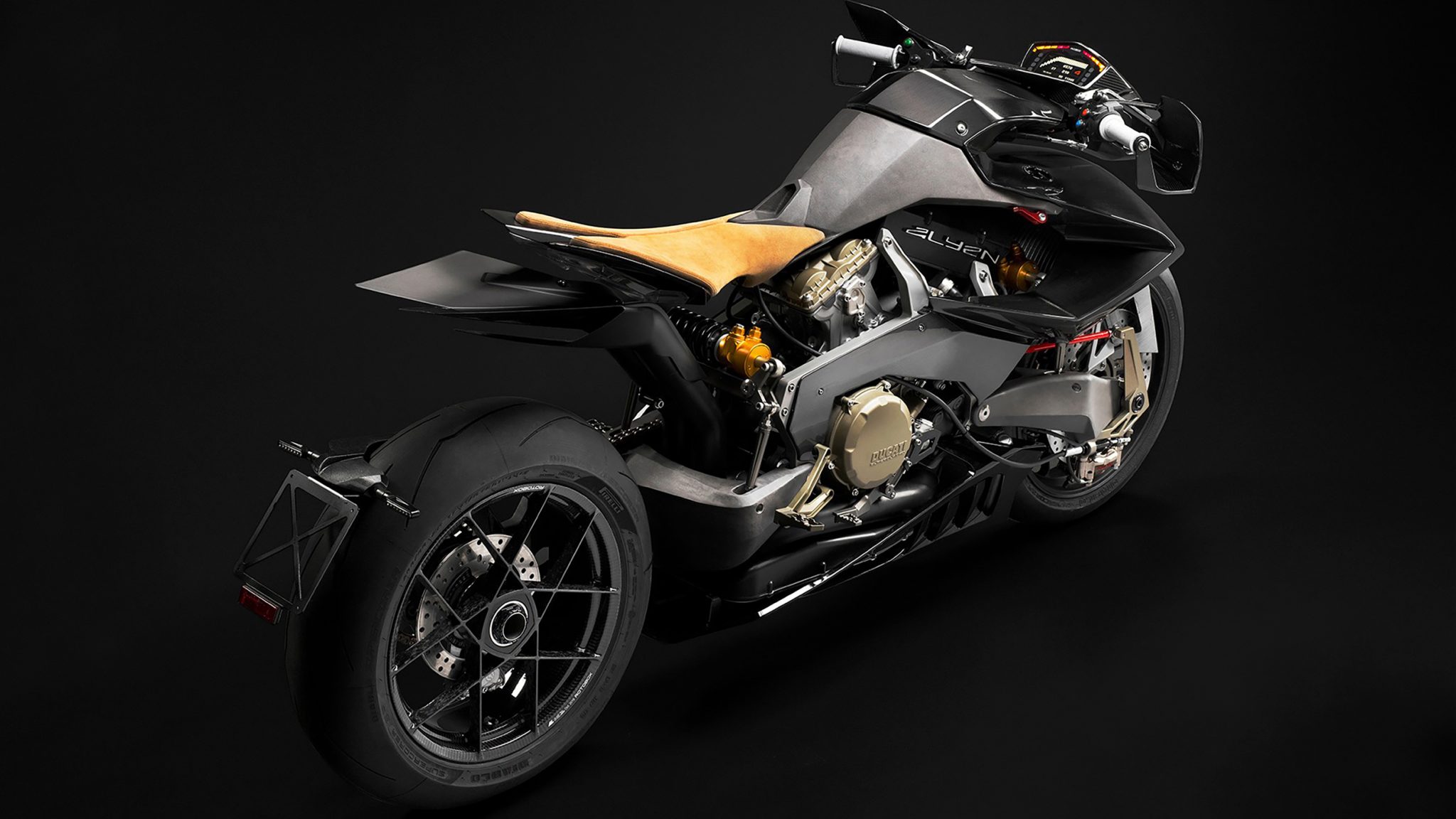 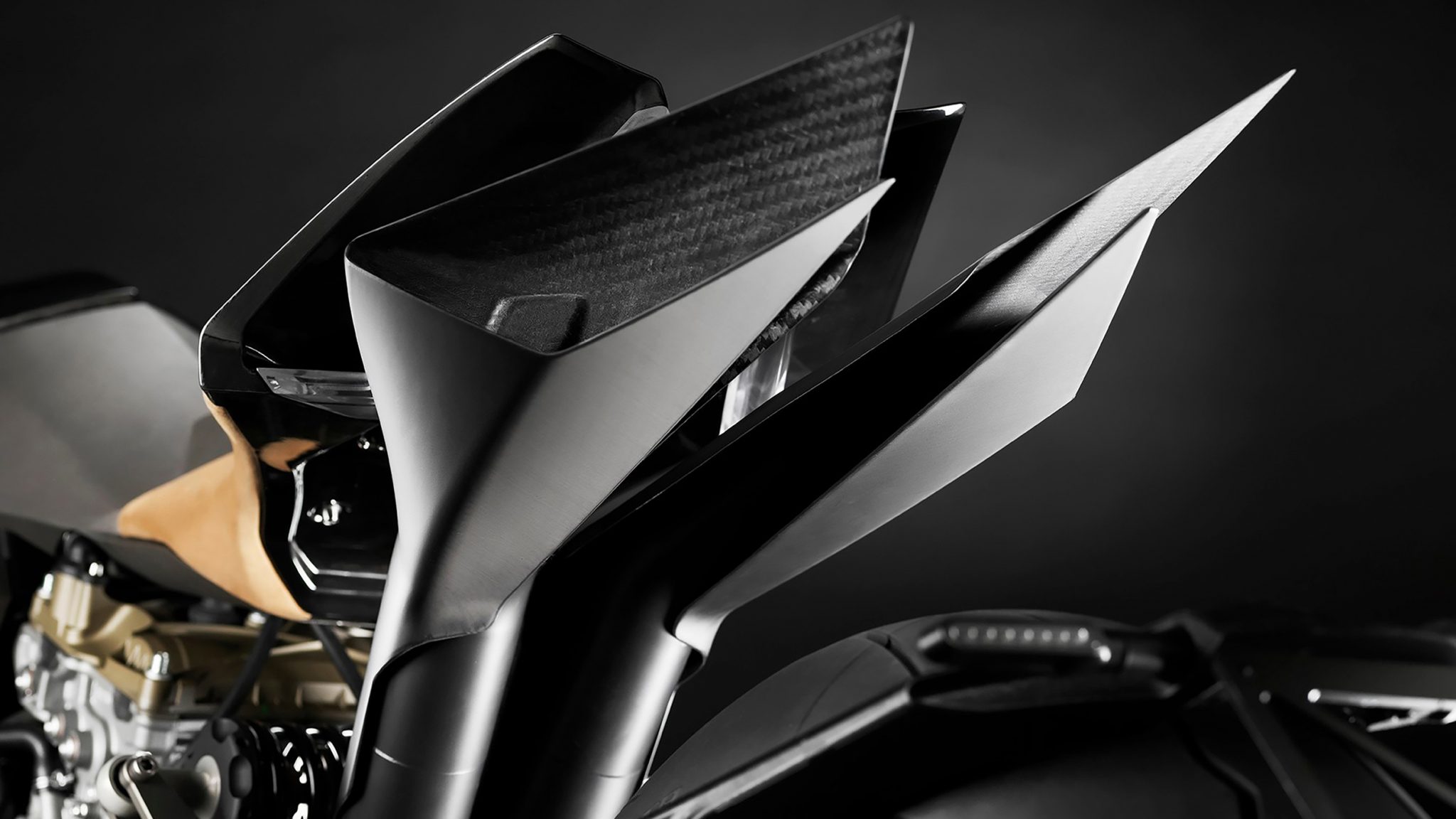 The Vyrus Alyen is Italy-based Rimini’s brainchild. The firm has put one of the most powerful motorcycle engines on this planet into the outlandish… what is it exactly?

There is no ignoring it: Virus is the global trending topic these days. This trend has forced people of the world to stay confined within their homes, while some are actively putting up a fight against it.

Love it or hate, but you sure cannot ignore it.

Social distancing is how we’ve been told we can keep infections at bay. But all thoughts of maintaining distance will vapourise the instant you’ll lay eyes on the Vyrus Alyen. This is one virus you want to surrender to, not least because it has a Ducati powertrain at heart.

And not just any motor from Borgo Panigale. Rimini has fitted the motorcycle with the last of the mighty L-Twin engines in Ducati’s lineup: the 1,285cc Superquadro. This motor powered the erstwhile 1299 Panigale and its racier derivatives. The output? 202 horses. Which is quite enough to rocket you into inner space, if you aren’t careful with the throttle.

A six-speed sequential (of course) transmission sends power through a wet clutch over to the rear wheel. The rear wheel itself sits on a fetching single-sided swingarm. The Vyrus Alyen features a “double-omega” frame and hydraulic wired steering system developed in-house. The Michelin-wrapped wheels are made of woven and crushed carbon fibre.

But the first thing that catches your eye has to be the bodywork. Flared panels finished in matte grey shroud every part of the Alyen except the motor and rear wheel. This Alyen can shame even the Batpod, which is high praise indeed.

The Alyen makes its intent clear: decimate all those who cross its path.

Viewed head-on, the fairings form a triple-tiered “V” shape. Loosely translated, the bike maker’s website reads, “Nothing has a conventional behaviour or design proportion. We approached Alyen with philosophical attitude, emphasizing art expression as the essence of an artistic concept for traditional use. It’s the actual idea of what the future is expecting from us.”

Traditional use? Alyen deserves to be placed in the centre of a house, visible from every room. And Vyrus is right about not following convention. Just look at that hub-centred steering setup, unapologetic proportions, and massive power on tap.

If you wished to turn heads (sometimes way past joint), Vyrus Alyen is the motorcycle to do it on. Provided you can part with about $90,000, for past Vyrus models have commanded that premium.