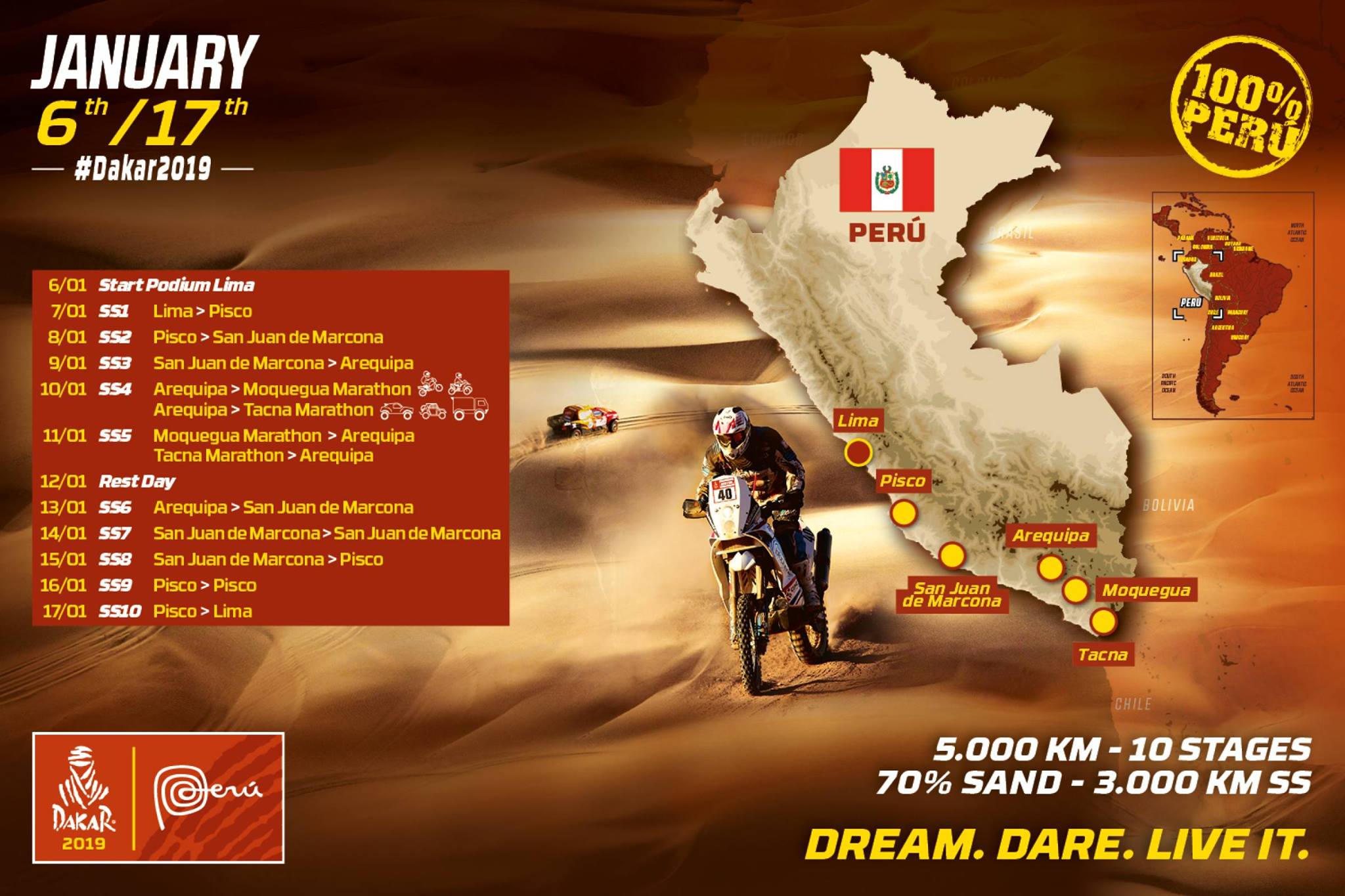 The toughest race on earth is back for another power-packed edition. Even as you are reading this, trucks, cars, buggies, motorcycles, and gritty racers are racing across the wilds of Peru for the ultimate prize.

There are no two ways about it: Rally Dakar is one of the most celebrated races on earth. Not only does it command more viewers than tarmac-based motorsports, but also offers so much more entertainment. The risk of death or serious injury is much higher in Dakar for both spectators and participants. Yet, people from all over the world make the annual pilgrimage to the South Americas to witness this epic rally. 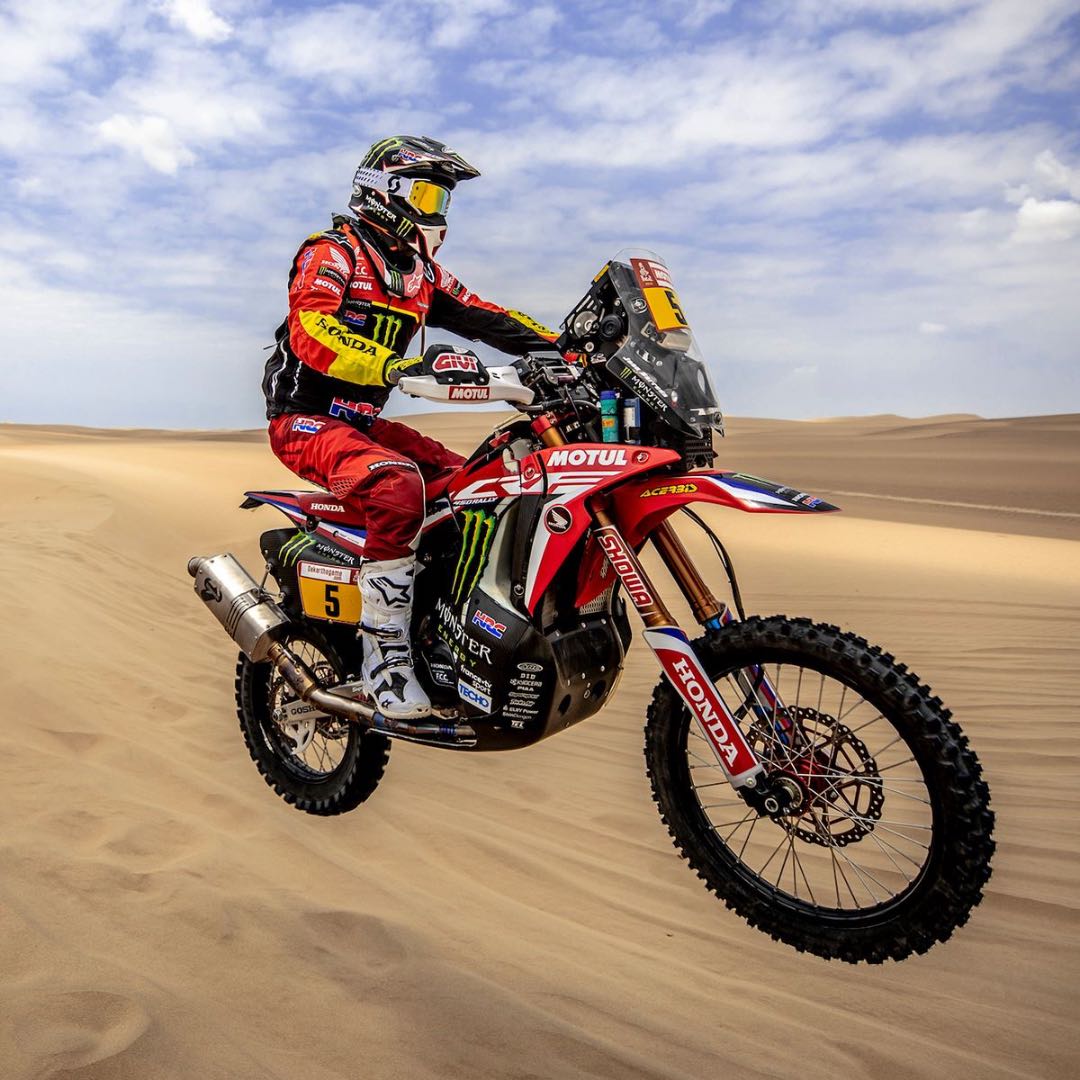 Honda is in the overall lead at the end of Stage Two of 2019 Rally Dakar.

2019 Rally Dakar kicked off on 7 January and will conclude on 17 January, with a rest day on the 12th. Manufacturers from all over the world are participating in Dakar this year, and the turnout looks to be bigger than ever. Spread over 10 stages, the rally is going to test the mettle of man and machine alike until one of them takes a knee. Those who don’t still have to contend with other racers who did not back down from the demands of the desert.

Where is Dakar happening?

The route of 2019 Rally Dakar starts at Lima, the capital of Peru. Racers will fight terrain, climate, and each other to Arequipa, where they will take a day of well-deserved rest. The return route is also set, ending at Lima. Competitors have almost 5,000km of terrain to themselves to prove their and their machines’ worth. And a significant part of the route is devoid of paved surfaces. 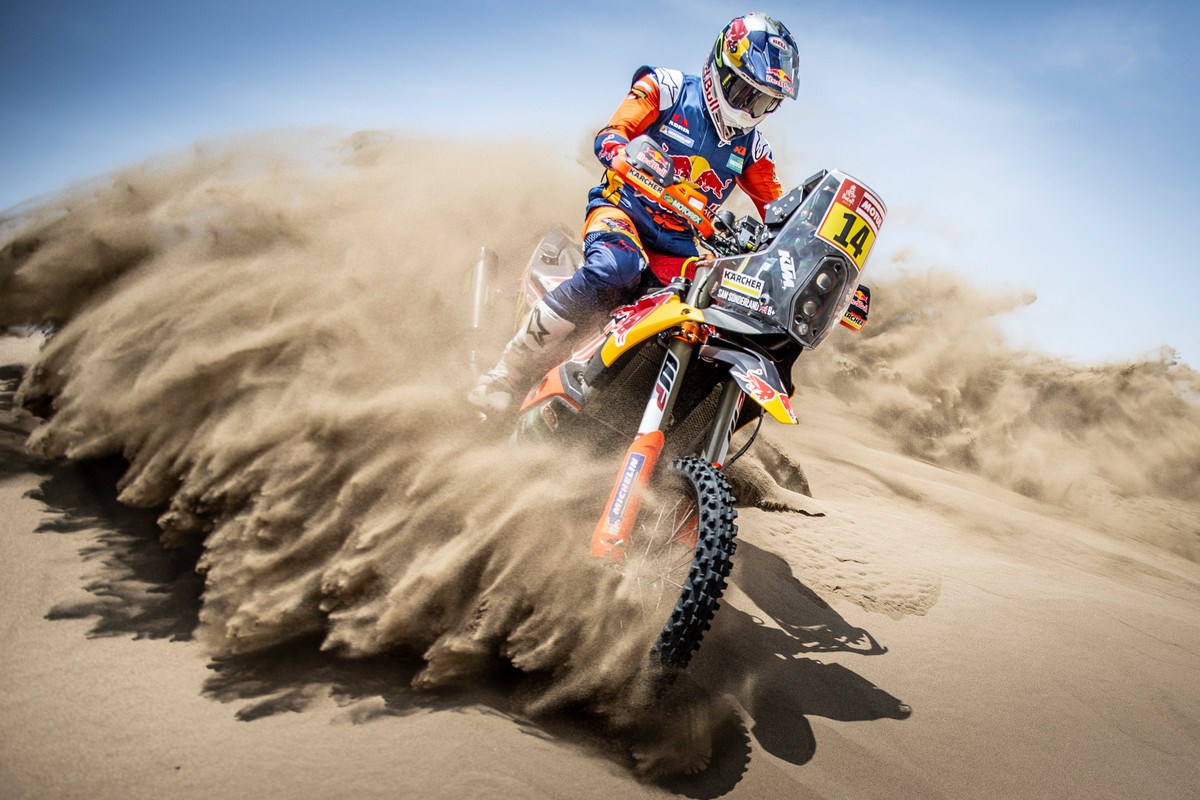 KTM is a close second after Matthias Walkner snatched the lead from Ricky Brabec during the second stage.

In the motorcycles area, Honda had the early lead with Ricky Brabec and Joan Barreda settling into a good pace on their CRF450 Dakar bikes. However, it’s not a question of ‘if’, it’s a question of ‘when’ a KTM will show up and try to take the lead. In due course of time, Matthias Walkner did bear down upon the Hondas astride his KTM 450 Rallye and snatched the lead from Ricky Brabec. Joan Barreda still maintains the overall lead, but the KTMs are closing in fast. The only other contender to the trophy is Yamaha with its new Tenere rally bikes. Husqvarna is also in the race, with Pablo Quintanilla grabbing the fourth position.

You already have an advantage if you live in Peru. Even if you don’t, you can travel to the South American country to witness the glorious rally with your own eyes. For those less fortunate, Red Bull Racing has the answer. Since Red Bull Racing is an official partner of 2019 Rally Dakar, you can view the proceedings through the Red Bull TV app available for both Android and iOS devices.