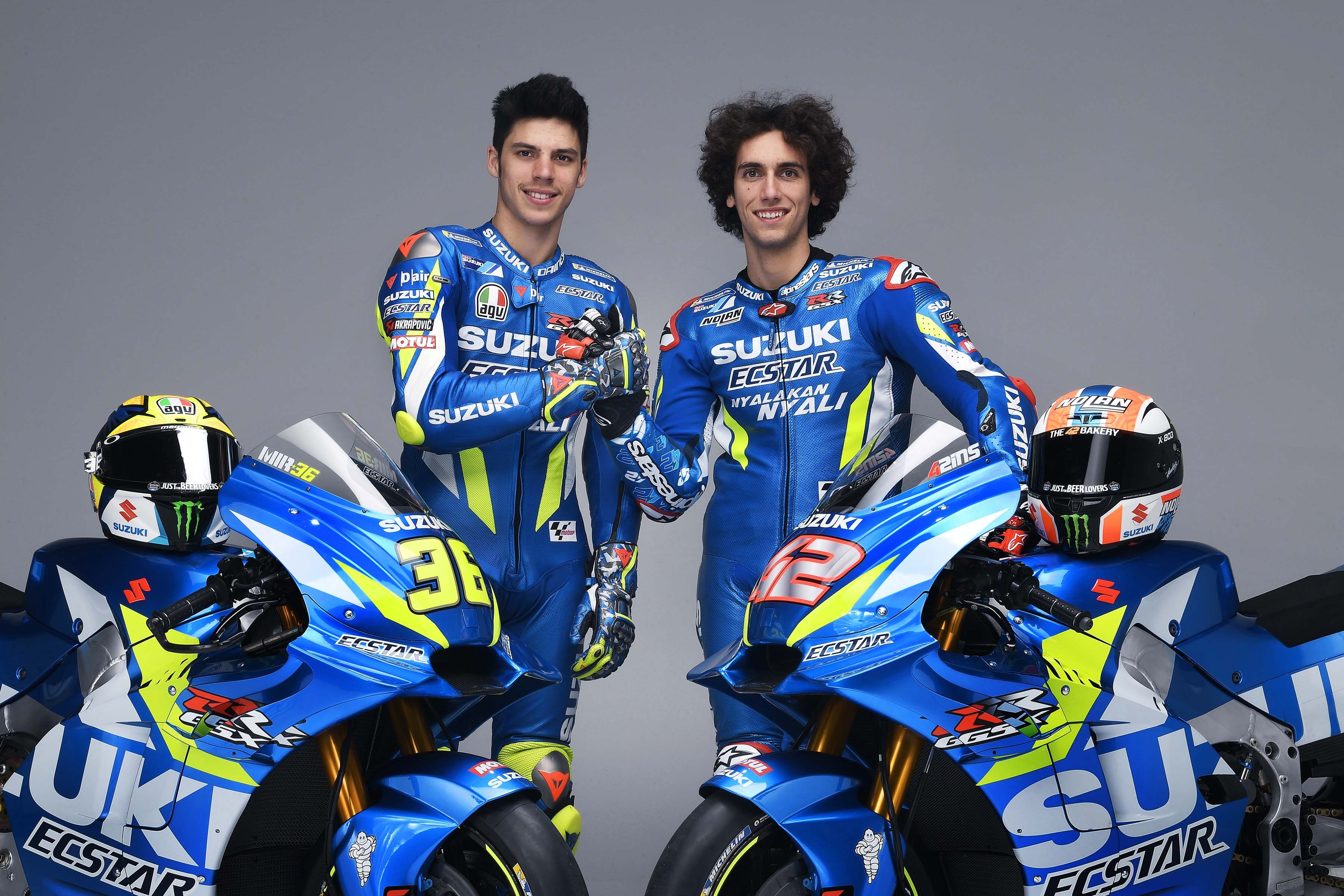 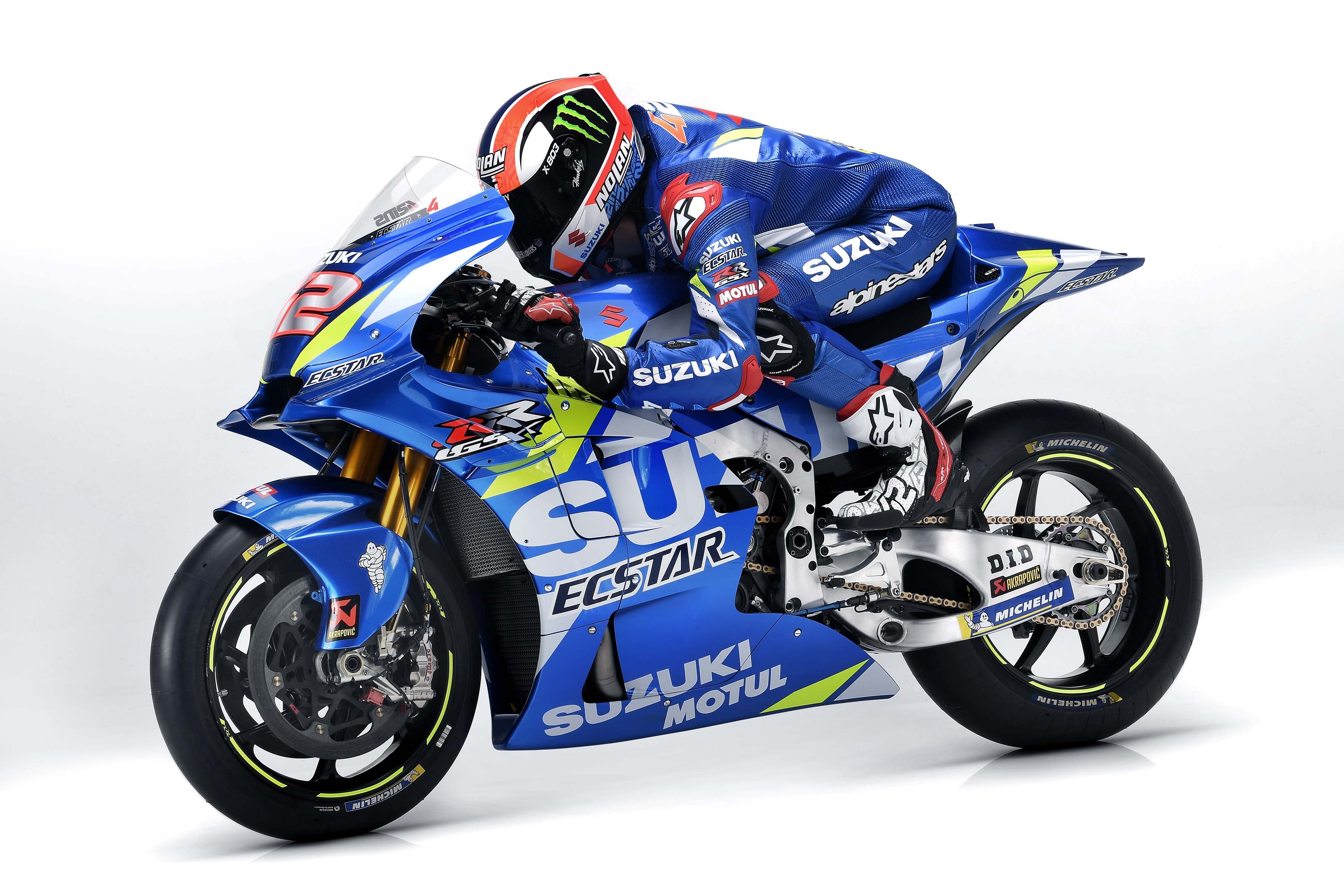 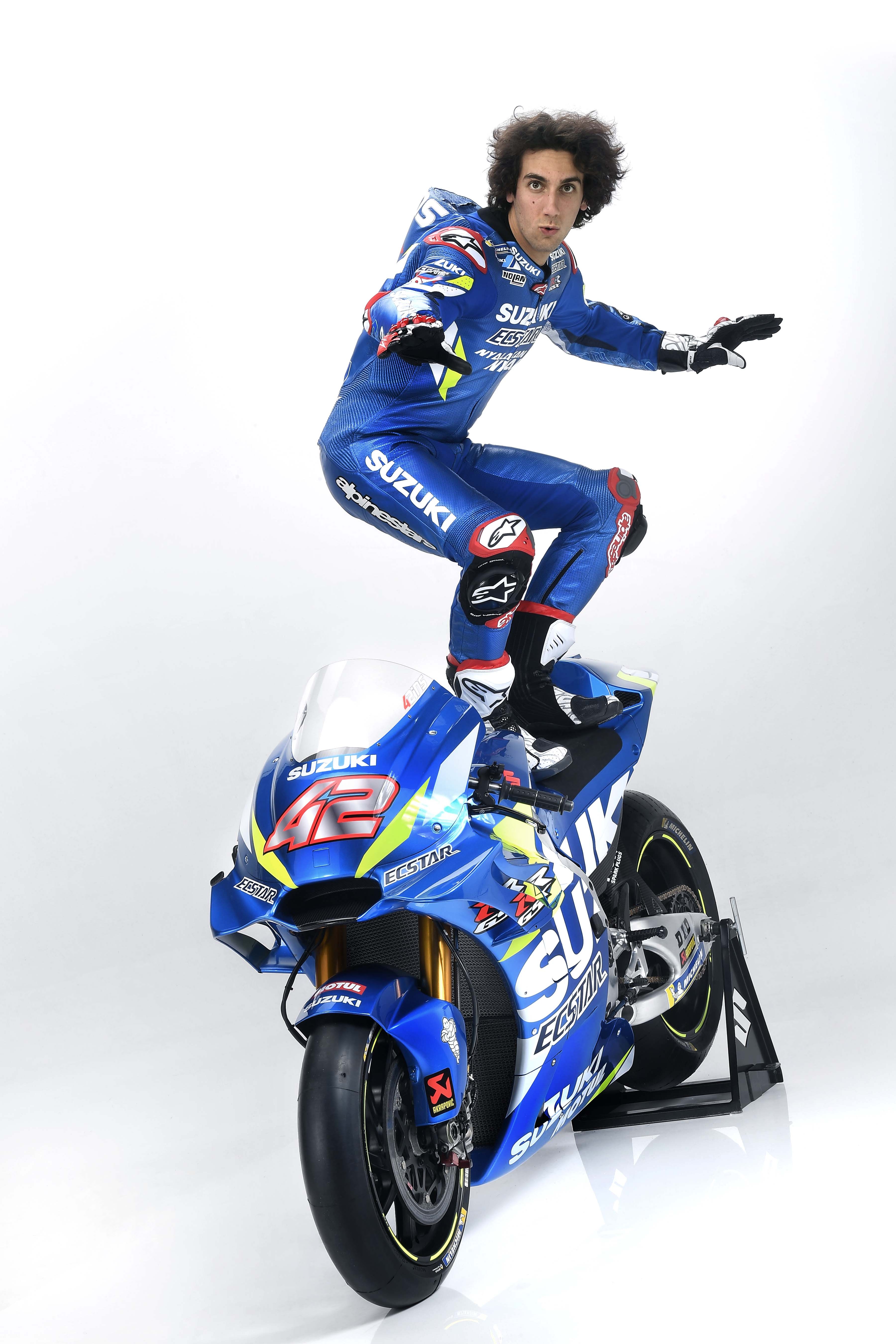 Joan Mir is also finding his rhythm with his #42 race bike, and will be a full-fledged racer by the end of thsi season. 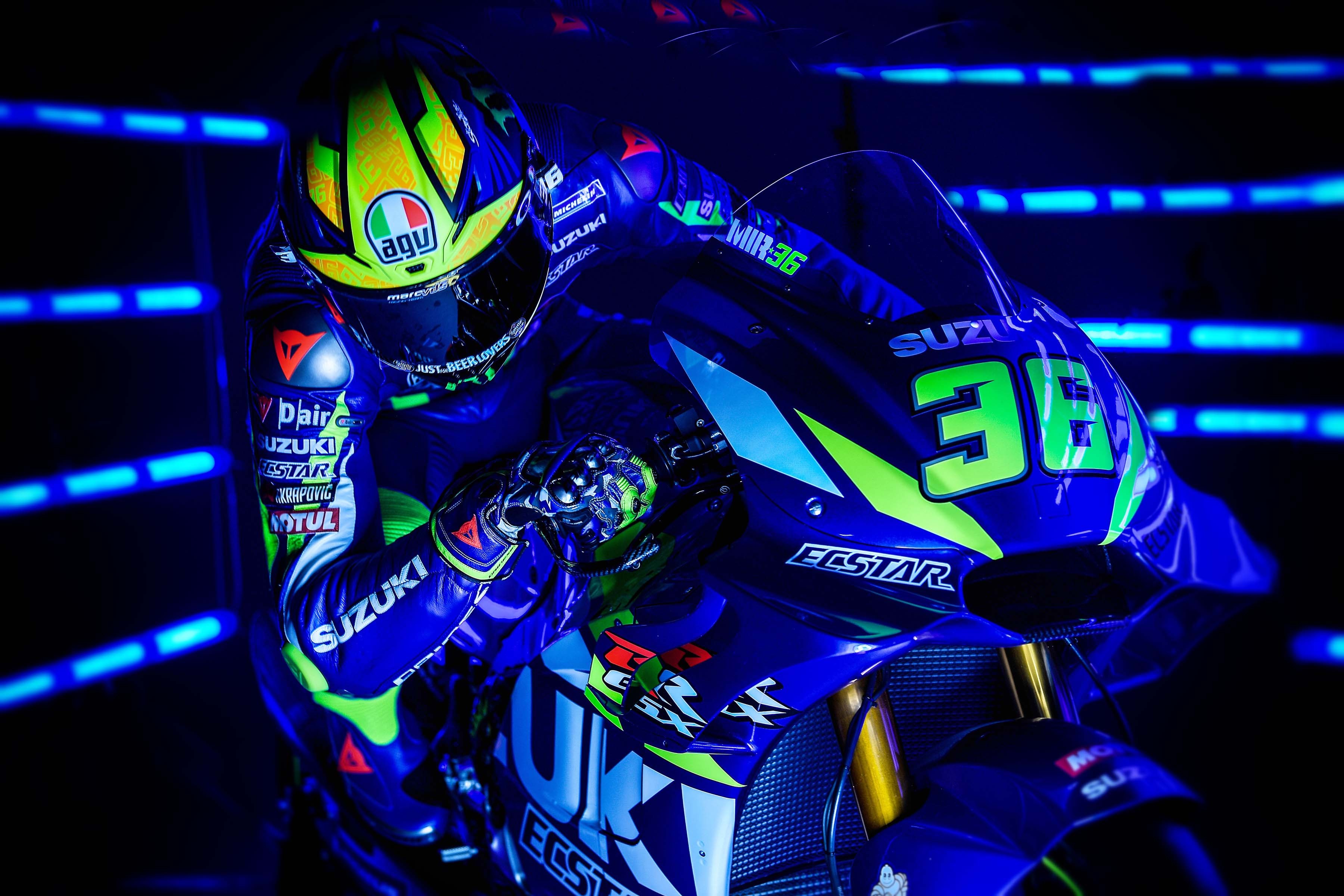 Alex Rins seems to be getting along with his #36 GSX-RR really well. Exciting times lie ahead. 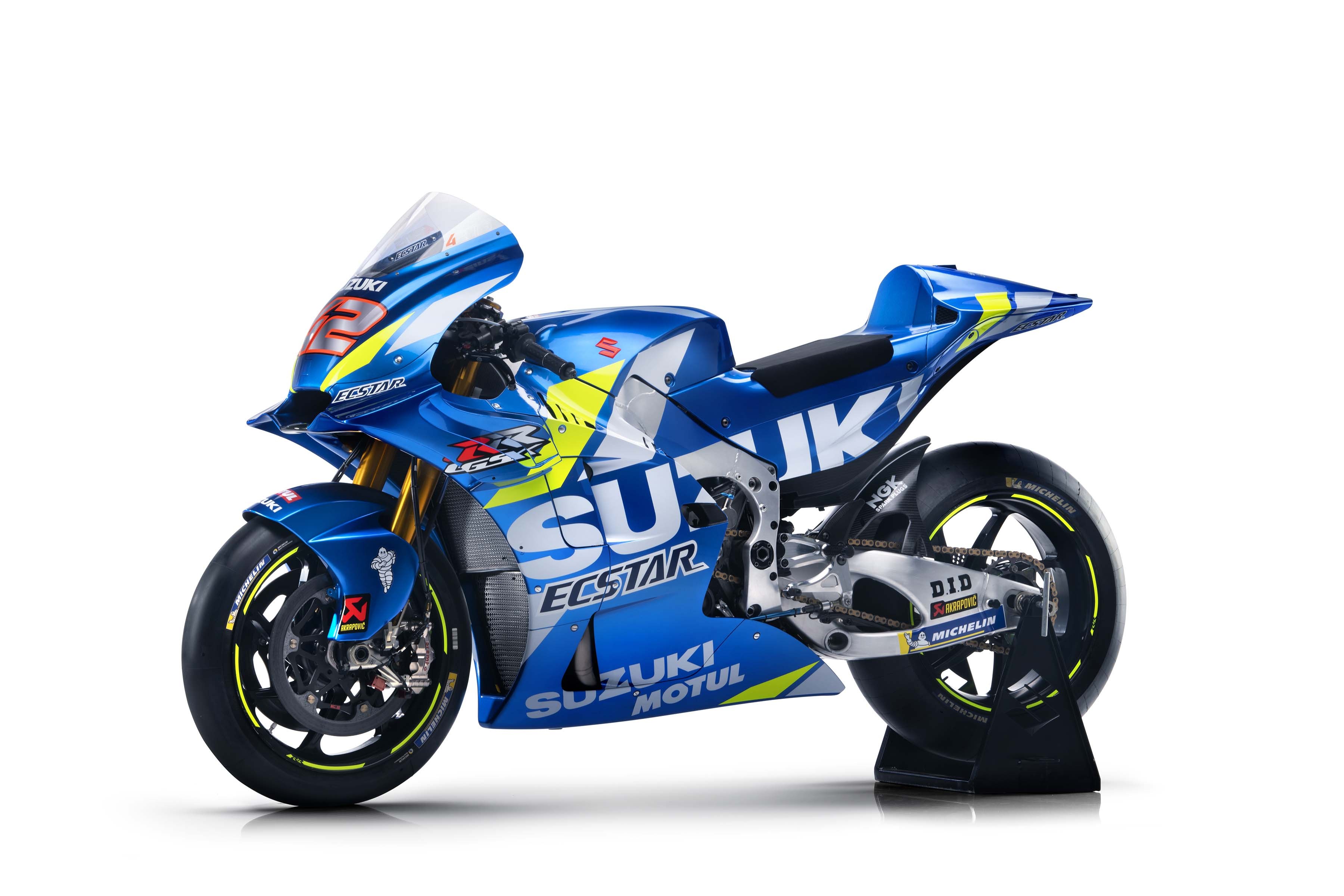 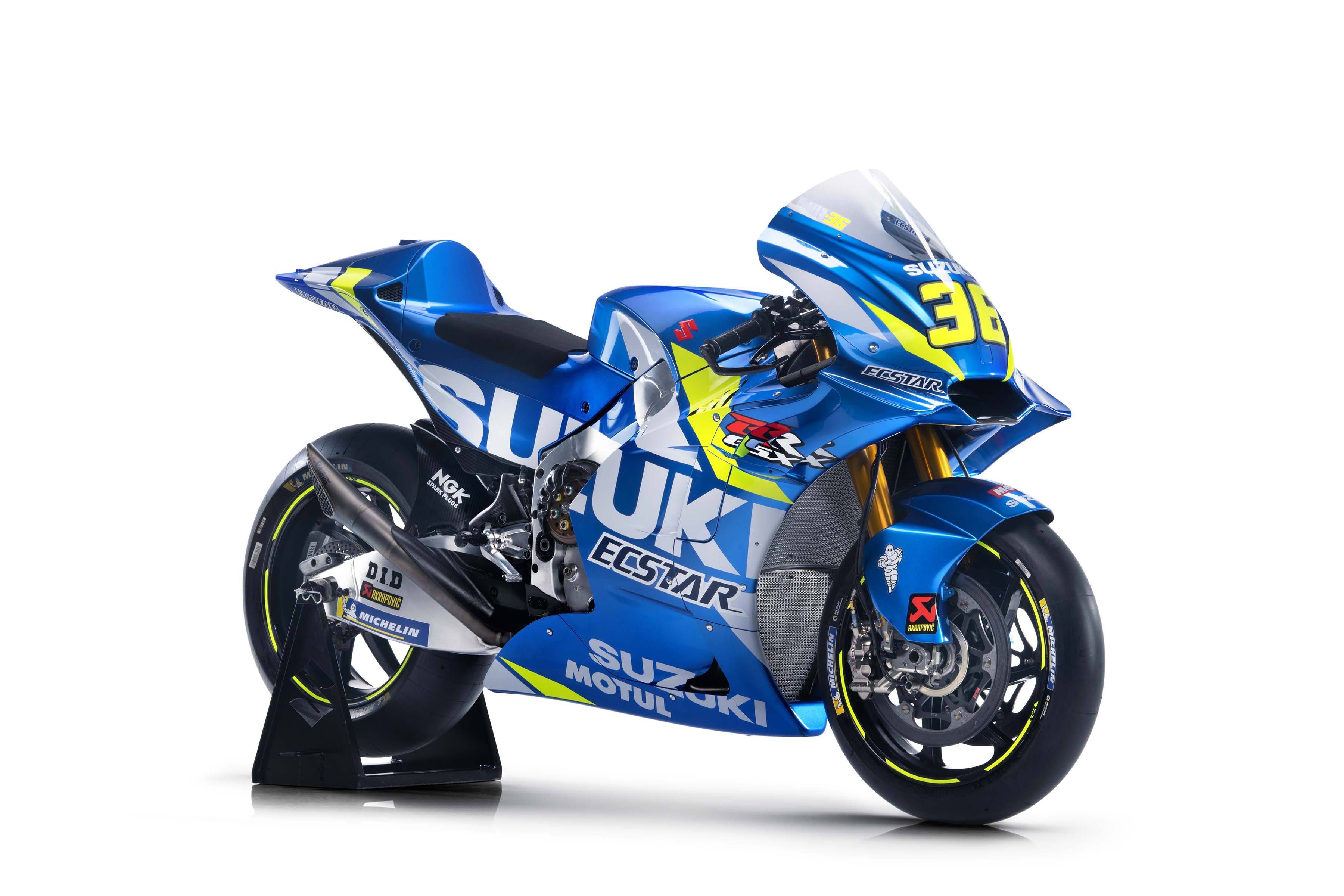 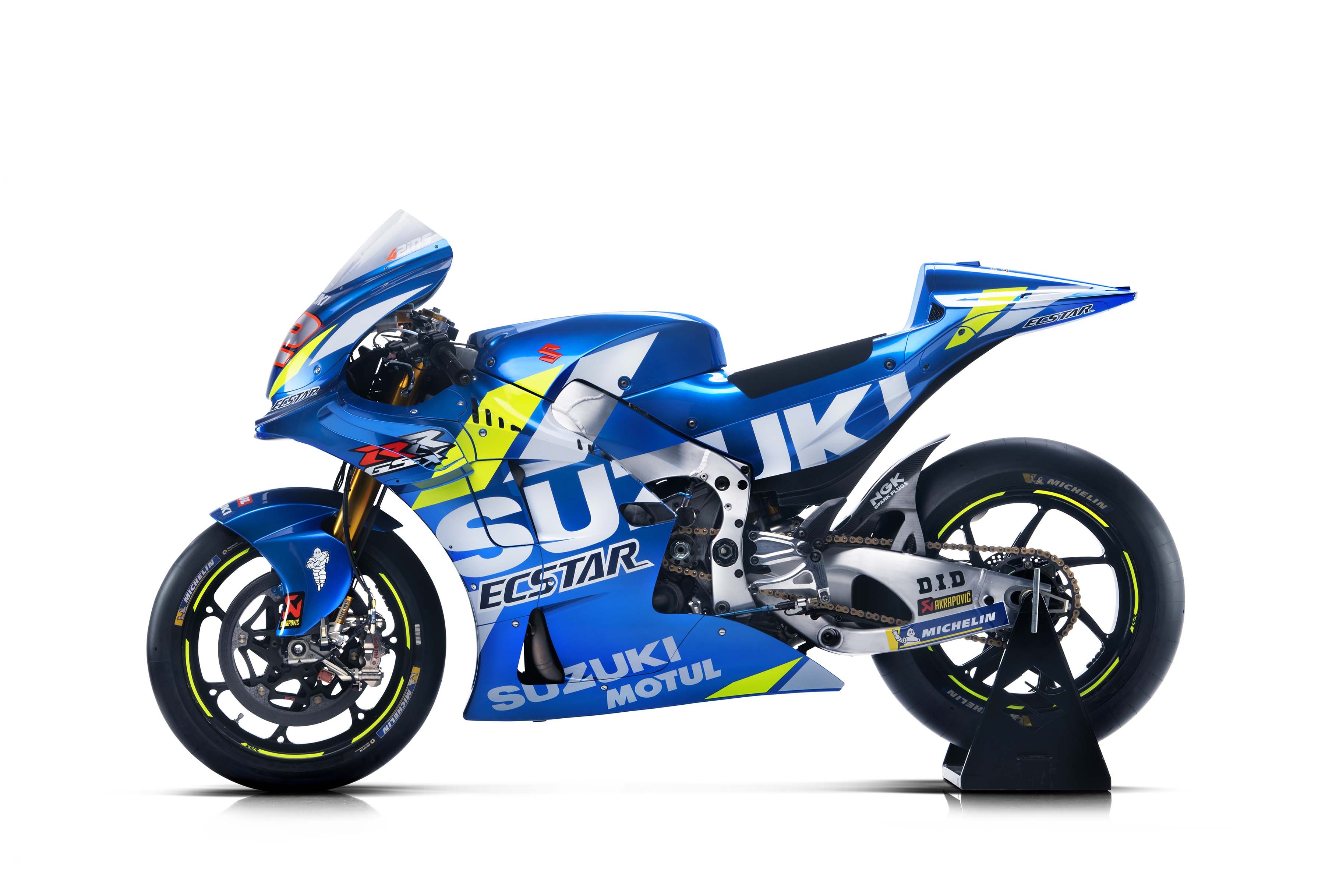 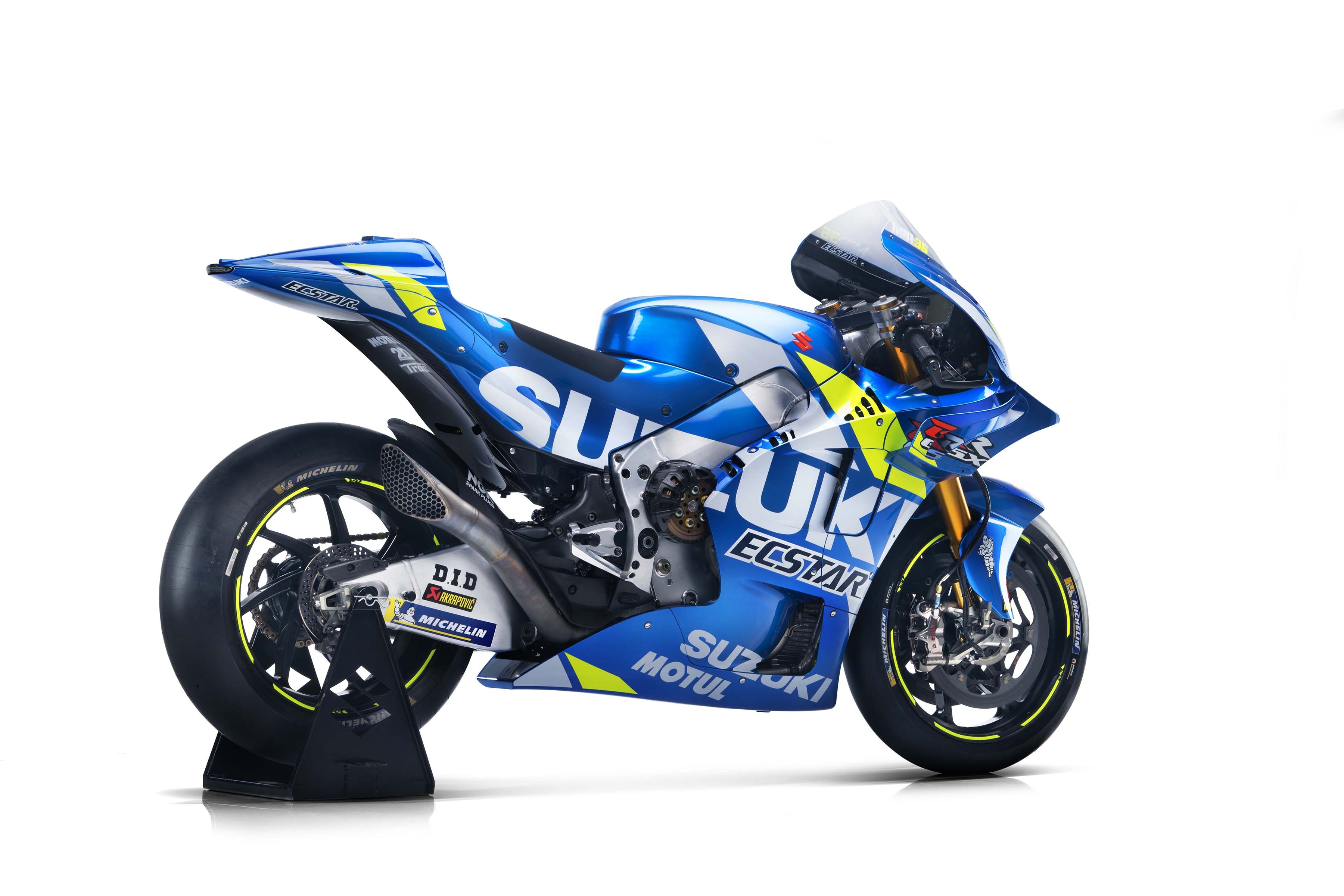 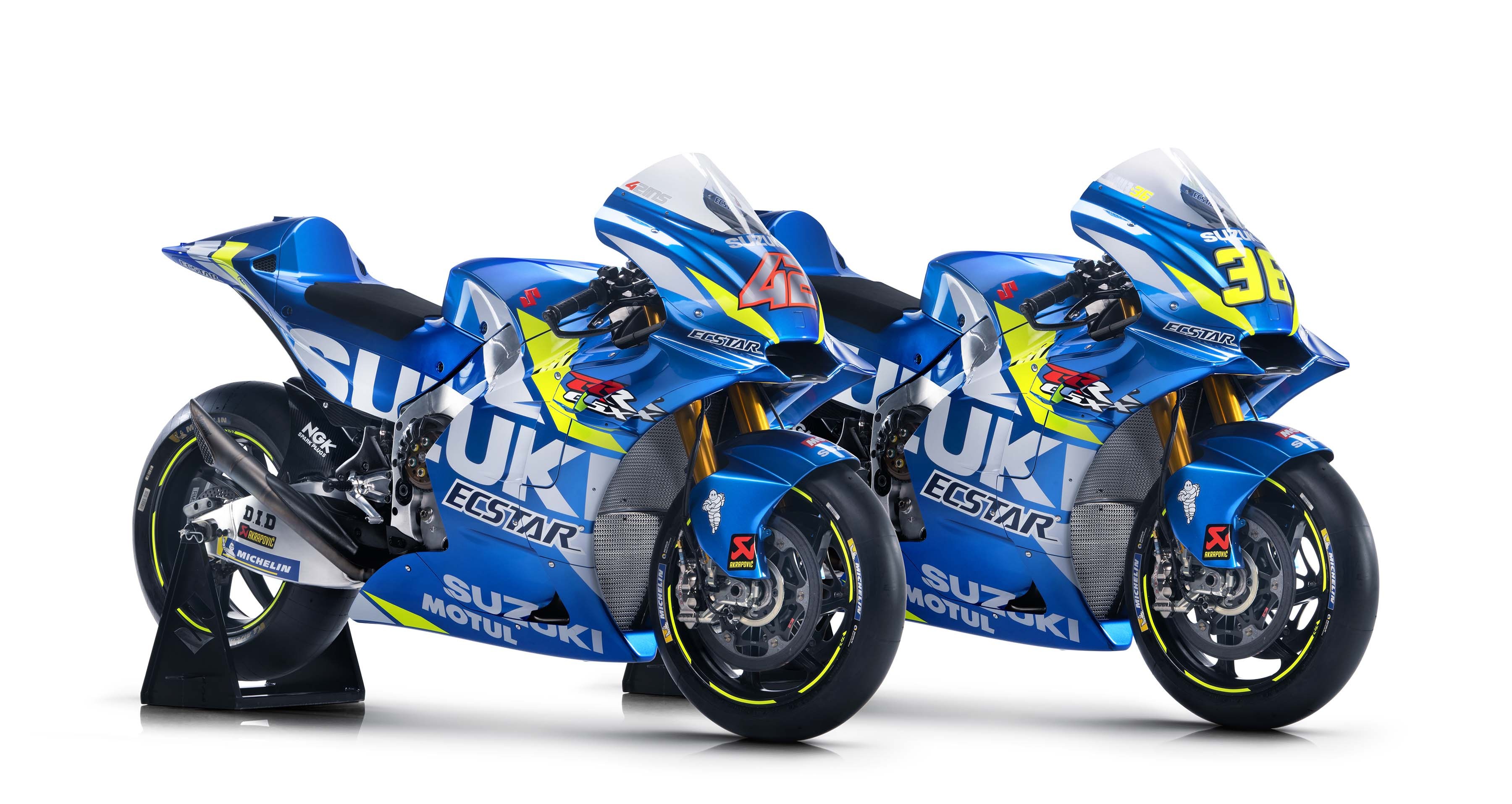 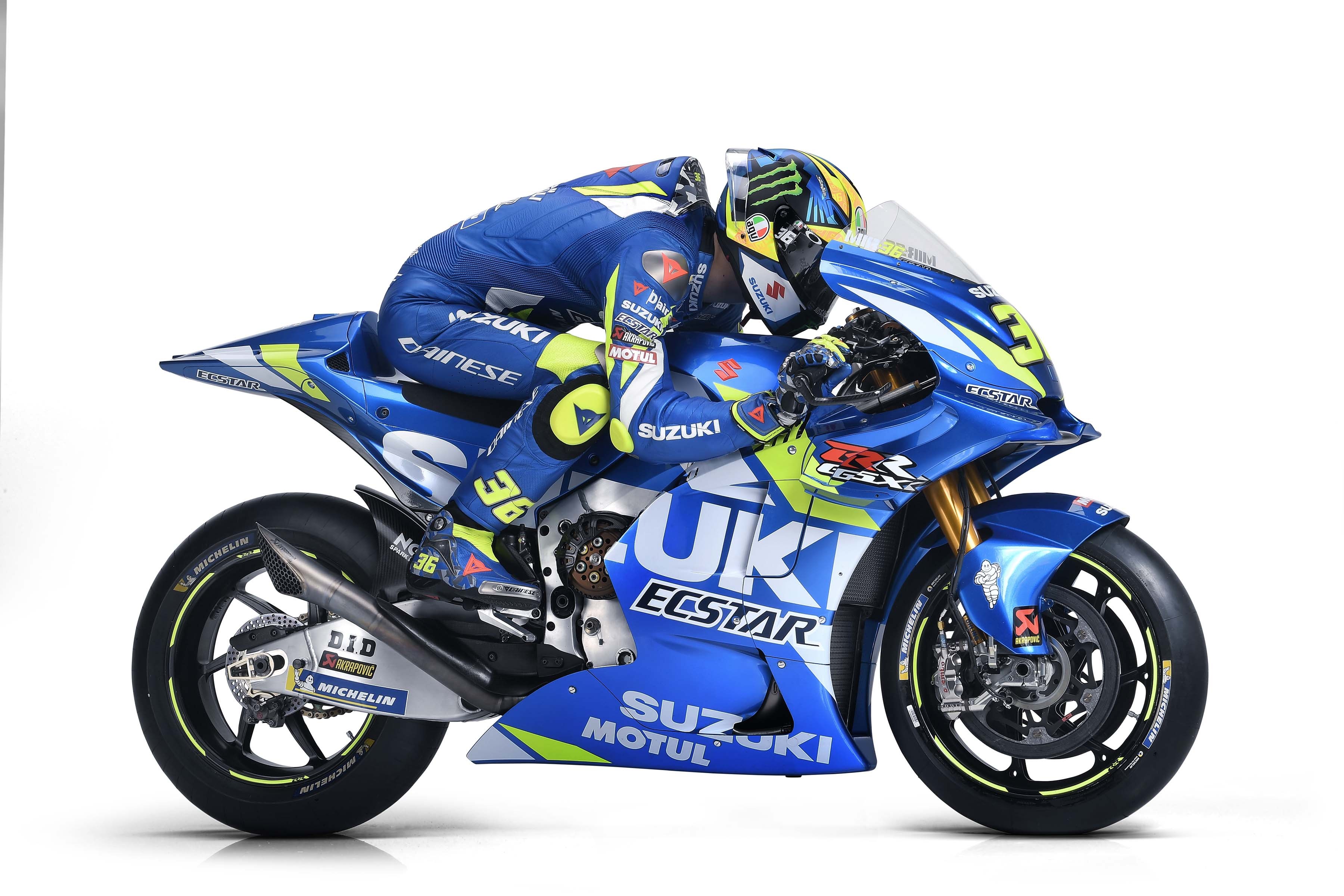 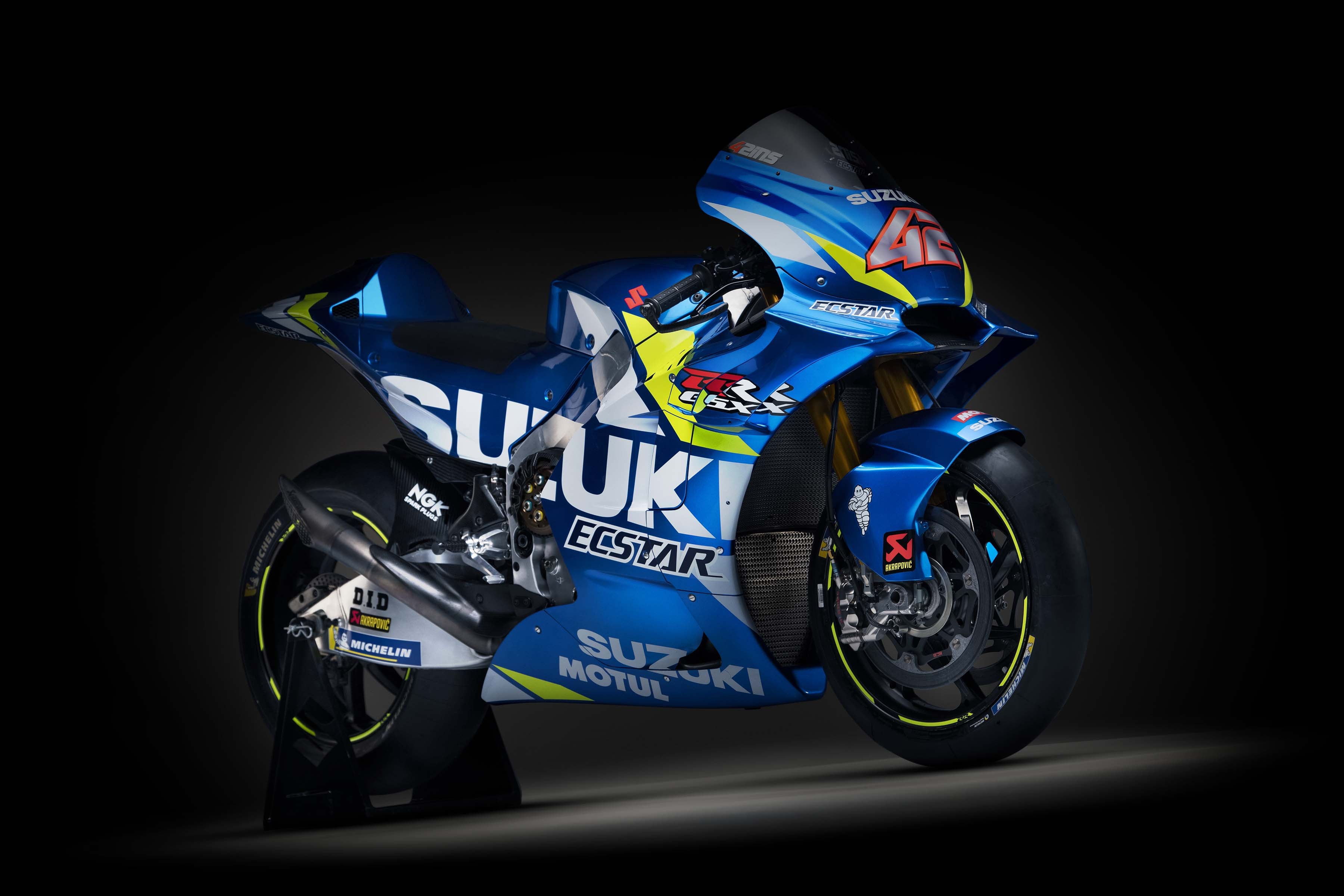 The MotoGP paddock is fast filling up with race teams showing off their 2019 colours one after the other. The latest to unveil its livery is team ECSTAR Suzuki with Alex Rins and Joan Mir.

Keep in mind that the bikes seen in photos are 2018 models just treated with a new livery. The 2019-spec race bikes are kept under wraps fastidiously until race day. The first race of MotoGP is scheduled to take place in Qatar.

There are not a lot of changes in the livery compared to the previous year, though the fairings do look a little different. The tail section is curvier with a more pronounced drop as it ends at a point, much like a bee’s sting. The front fairing has vents with slightly different shapes than what Suzuki showcased in 2018.

Alex Rins seems to be getting along with his #42 GSX-RR really well. Exciting times lie ahead.

The most obvious change to the bikes is their aerodynamics package. Suzuki kept evolving the aero of its MotoGP machines throughout the 2018 race season. The current aero kit on the bikes is a result of all the learning gleaned from the previous season.

While ECSTAR Suzuki will continue evolving the package further through 2019, Dorna has allowed the team less crawl space this year. Suzuki, however, does not seem to mind. A more powerful engine is in the platform this time around, and the two riders have returned great feedback for the GSX-RR: more power, but still great handling.

If the Yamaha race team continues to be plagued by its current crop of problems, expect the Suzuki team to be leading the pack, or at least harrying the lead by keeping tight on his tail. Alex Rins has shown himself to be highly competitive aboard the GSX-RR and Joan Mir is showing great potential as well.

Joan Mir is also finding his rhythm with his #36 race bike, and will be a full-fledged racer by the end of this season.

So, will Suzuki clinch the title this year? Not entirely, but the Japanese racing team is ever-improving by leaps and bounds. 2019 might or might not be Suzuki’s year, but it sure looks like 2020 is going to bring us MotoGP fanatics some glorious, vicious battles. What a time to be alive!

Have a look at latest Suzuki Bikes’ prices and specifications in the UAE.