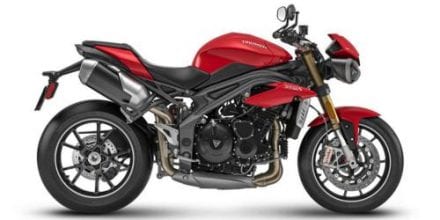 If taking on the streets is the name of the game, nothing does it better than the new Triumph Speed Triple S. The new Speed Triple S is more than just a force of nature, it brings unmatched performance, character, style, quality and practicality where it matters – on real roads, in real riding conditions.

The 2017 Triumph Speed Triple S is powered by a 1050-cc In-line three, four-stroke engine that produces 140bhp and 112Nm of torque through a 6-Speed transmission.

The Speed Triple S has a fuel tank capacity of 18 litres. It weighs 423kg (dry). In addition to this, the bike also comes with an Anti-lock Braking System (ABS).