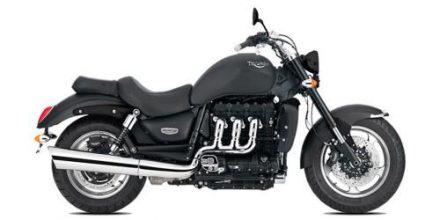 With the world’s biggest production motorcycle engine the latest Rocket III Roadster builds on the huge performance of the original Rocket III but now with even more torque.

The 2016 Triumph Rocket III Roadster ABS is powered by a 2294-cc In-line three, four-stroke engine that produces 148bhp and 221Nm of torque through a 5-Speed transmission.

The Rocket III Roadster ABS has a fuel tank capacity of 24 litres. It weighs 736kg (dry). In addition to this, the bike also comes with an Anti-lock Braking System (ABS).