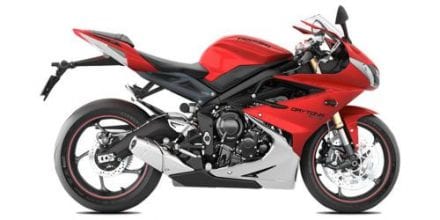 The bike is 1kg (2.2lb) lighter than the old model with a new triple motor that delivers even more power all the way through to 14,400 rpm redline. The new frame geometry, mass centralisation and race-derived Öhlins suspension enables razor sharp handling and confidence-inspiring feedback.

The 2016 Triumph Daytona 675 ABS is powered by a 675-cc In-line three, four-stroke engine that produces 128bhp and 74Nm of torque through a 6-speed transmission. And is capable of reaching a top-speed of 200kph.

The Daytona 675 ABS has a fuel tank capacity of 17.4 litres. It weighs 412kg (dry). In addition to this, the bike also comes with an Anti-lock Braking System (ABS).