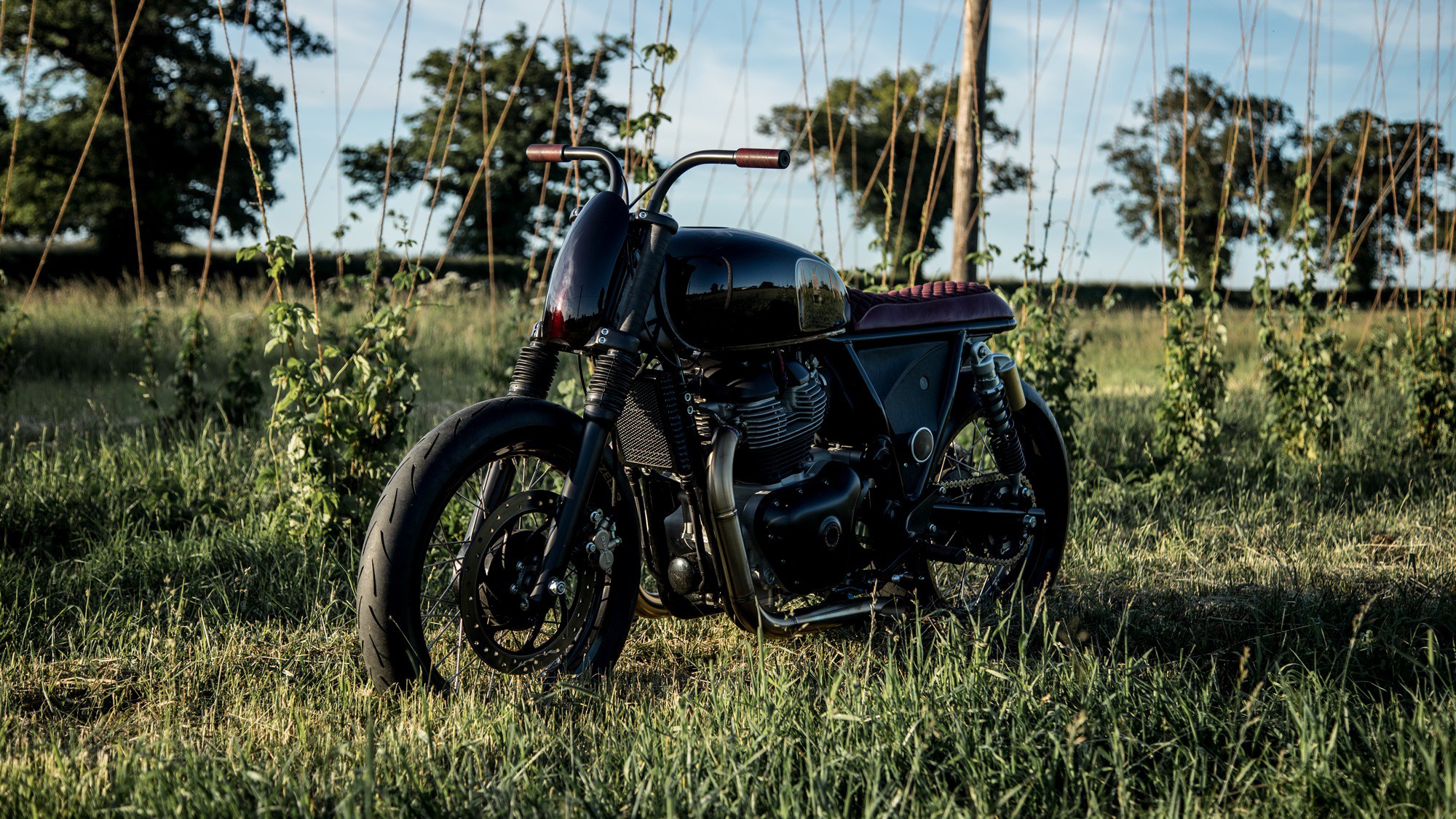 Royal Enfield has been aggressively promoting the parallel-twin twins, Interceptor and Continental GT 650. Recently, the firm gave an Interceptor to U.S.-based Old Empire Motorcycles to customise. The end result is a very handsome product, but the video feature is an exercise in overt optimism. Let us see why.

A prisoner has found a way to escape from the facility containing him, and his steed to freedom is the OEM custom Interceptor 650. Miraculously, the motorcycle is just sitting in a room with riding gear neatly laid next to it. All set for the escape, the prisoner gears up and blasts out on the custom Interceptor, his freedom well within reach. However, he has to contend with cops chasing him on two motorcycles. Does he get away or not? Well of course he does, for the Interceptor is the star of the feature. In real life, however, the prisoner would have been back in the prison, gulping down jail grub reluctantly, cursing his choice of motorcycle to escape on. Because the two motorcycles chasing him down are no slouches. 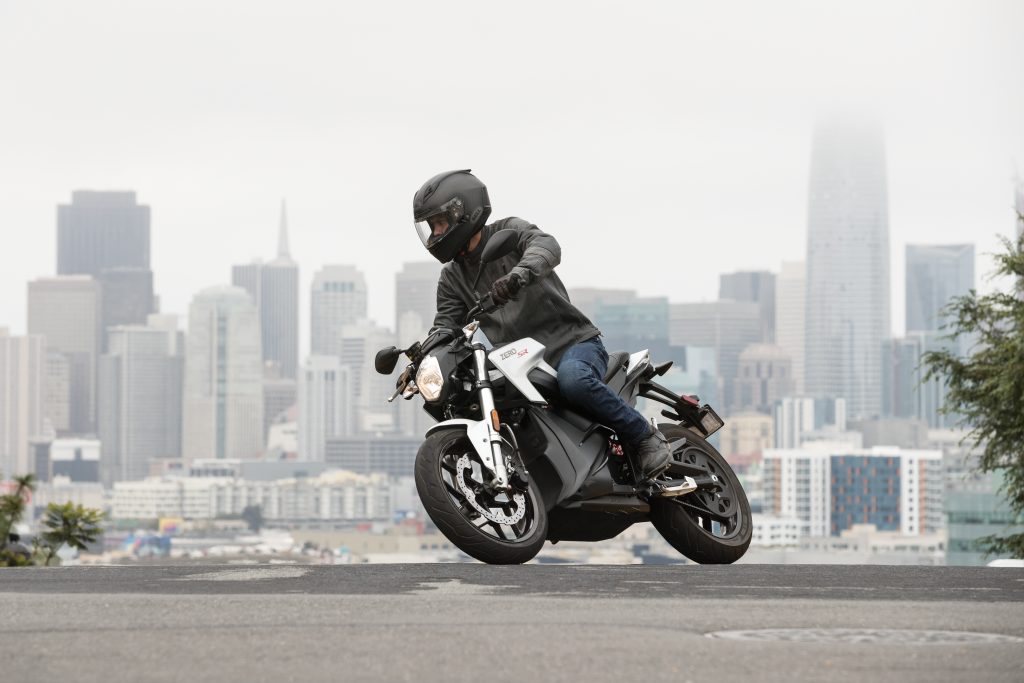 Zero Motorcycles is an American electric bike manufacturer. The company produces a range of 100 percent electric motorcycles for different purposes. One of the motorcycles in the video is the Zero SR, a street racing motorcycle that makes 70hp and 157Nm from its electric motor. Now we know Royal Enfield swears by the torque output of its motorcycles. The Interceptor 650 makes 52Nm in stock form, and OEM has released a few more units of twist with the custom exhausts. But the Zero SR boasts thrice the torque and being an electric motorcycle, there is no peak window. You have 157Nm at your disposal all through the throttle.

Perhaps the cop astride the Zero was worried his bike was on the leaner end of its 250km range, which is why he was taking it slow. In real life on a full battery, the SR would chase the Interceptor down in a matter of seconds, to the dismay of the poor prisoner. We will still give the Enfield the benefit of doubt, that is until the next motorcycle comes into the picture. 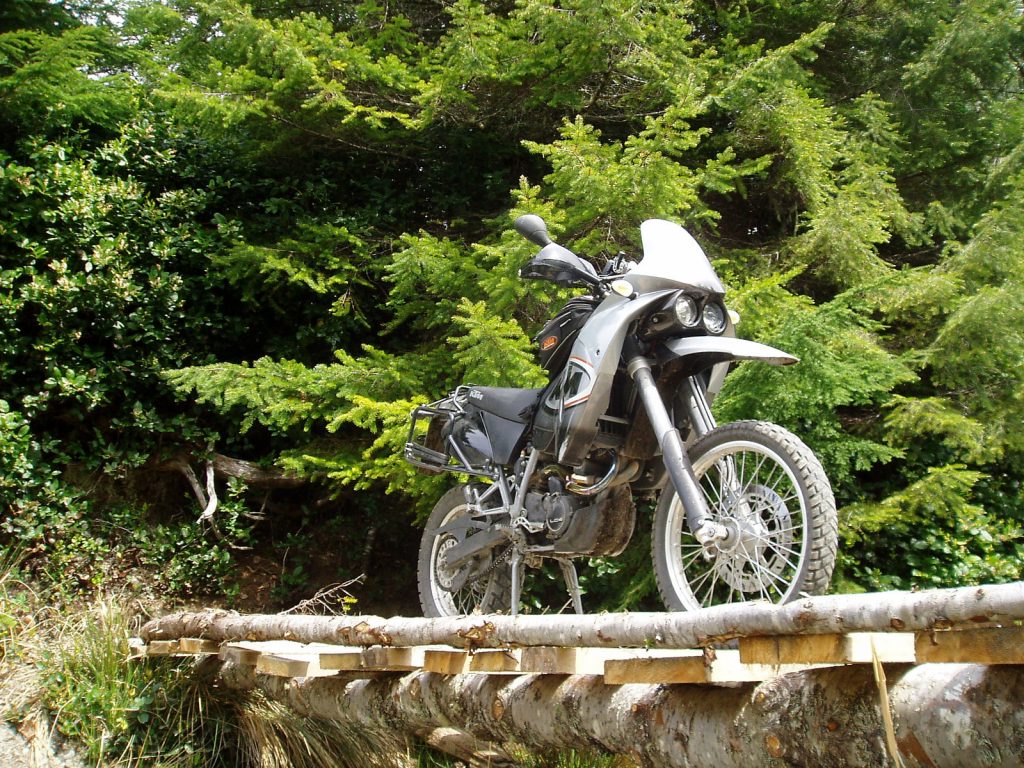 KTM manufactured the quirky 640 Adventure from 1998 until 2007. The bike you see in the feature is at least eleven years old, if not more. Yet it is seemingly no match for the OEM Interceptor. One might argue the KTM is a single-cylinder motorcycle and is about 30cc down on the Enfield. But that is only where it falls short. With an output of 49hp and 52Nm from its LC4 SOHC single-cylinder motor, the ADV boasts identical torque and a couple extra horses over the Interceptor. In a game of catch-up, the Enfield would soon be seeing the twin headlamps in its mirrors, followed by a swift overtake.

Had the prisoner chosen to go off-road, perhaps the Zero SR would have backed off. With the DNA of off-road machines running through its mechanicals, the KTM 640 Adventure R comes alive where the pavement ends. There is simply no escaping the orange adventurer, any terrain you choose. And being an adventure bike from KTM which is synonymous with hardy ADV bikes, age hasn’t taken a toll on the 640 R. Indeed, many units of this motorcycles are blazing new trails around the world even today, refusing to come of age. Little wonder then, the prisoner would be back in his cell within minutes, cursing his folly of taking on an old adventure stalwart with a bike such as the Interceptor.

So there it is. An Interceptor leading a Zero SR and a KTM 640 Adventure R is nothing if not optimistic. Old Empire Motorcycles did a fine job seeing as how appealing the Interceptor looks in the brat tracker guise. If only Royal Enfield had chosen different, believably slower motorcycles to chase down its new parallel-twin motorcycle…