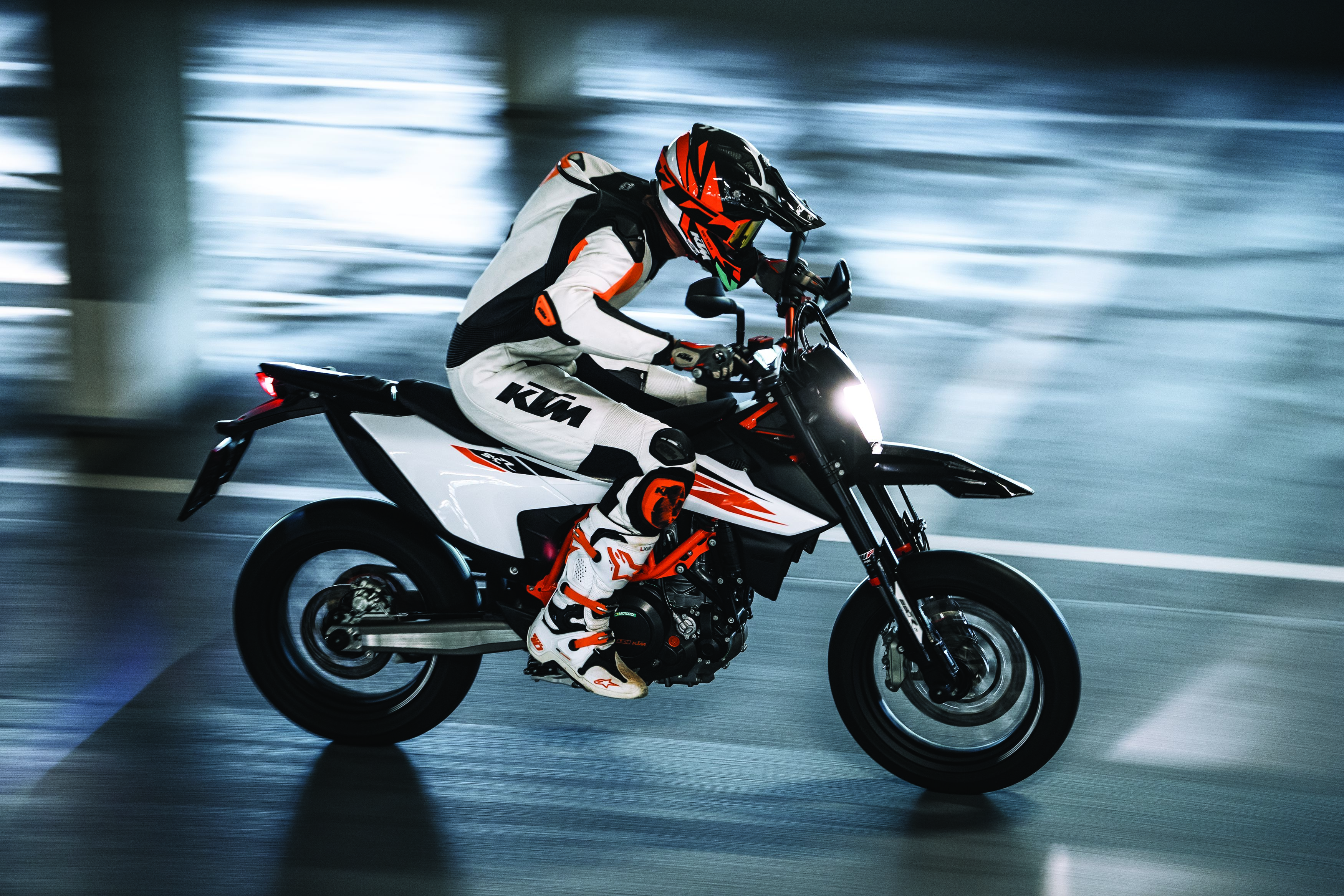 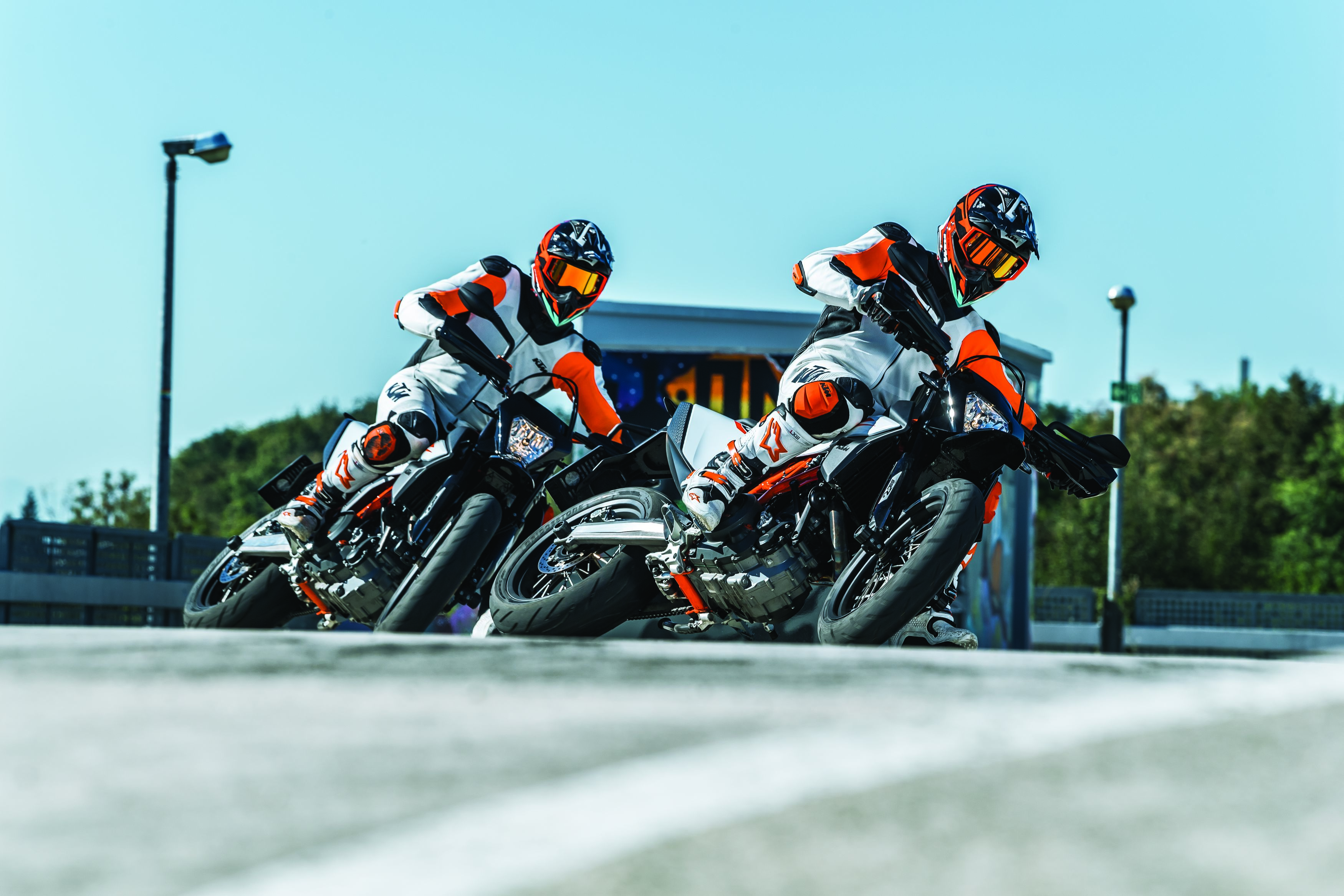 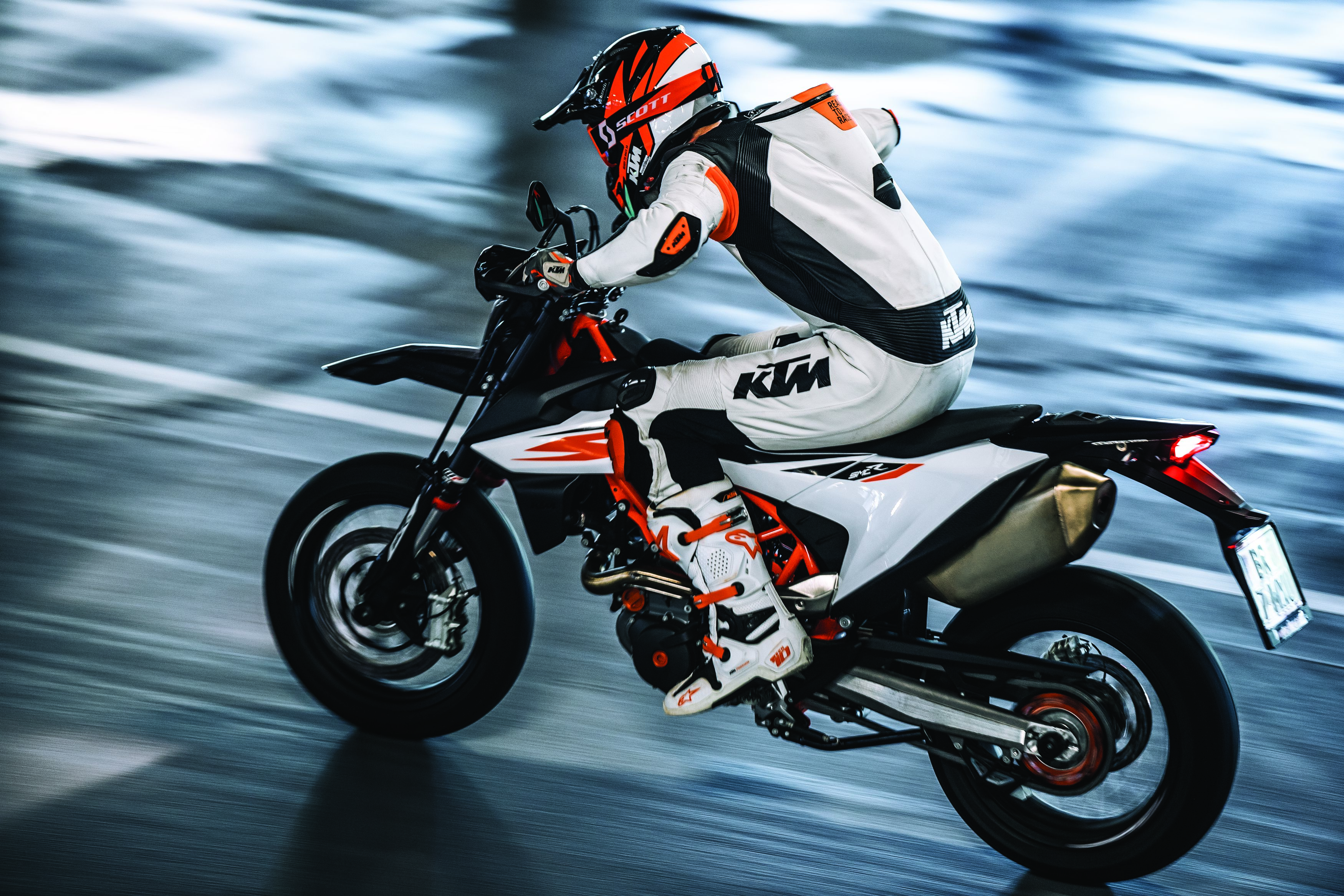 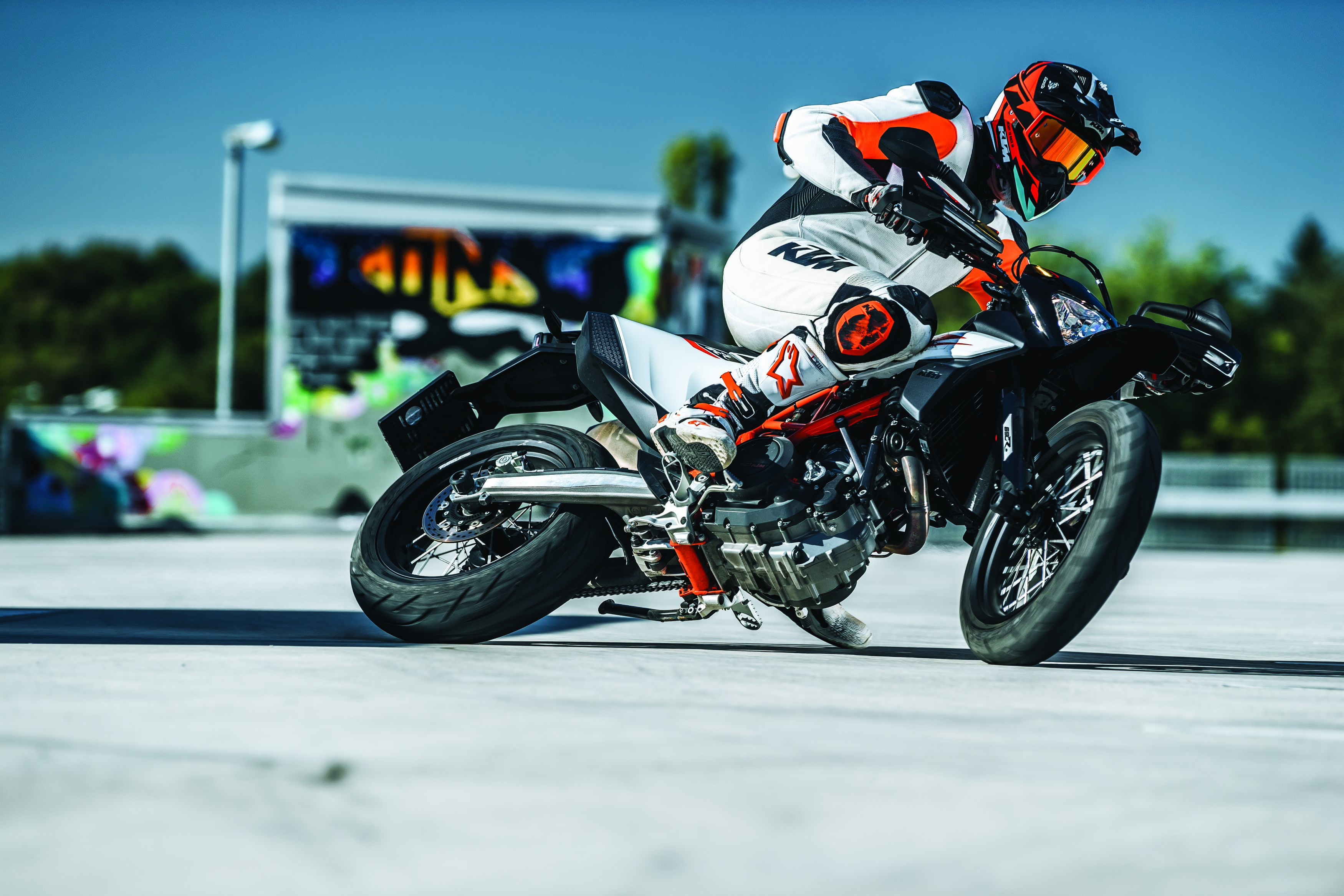 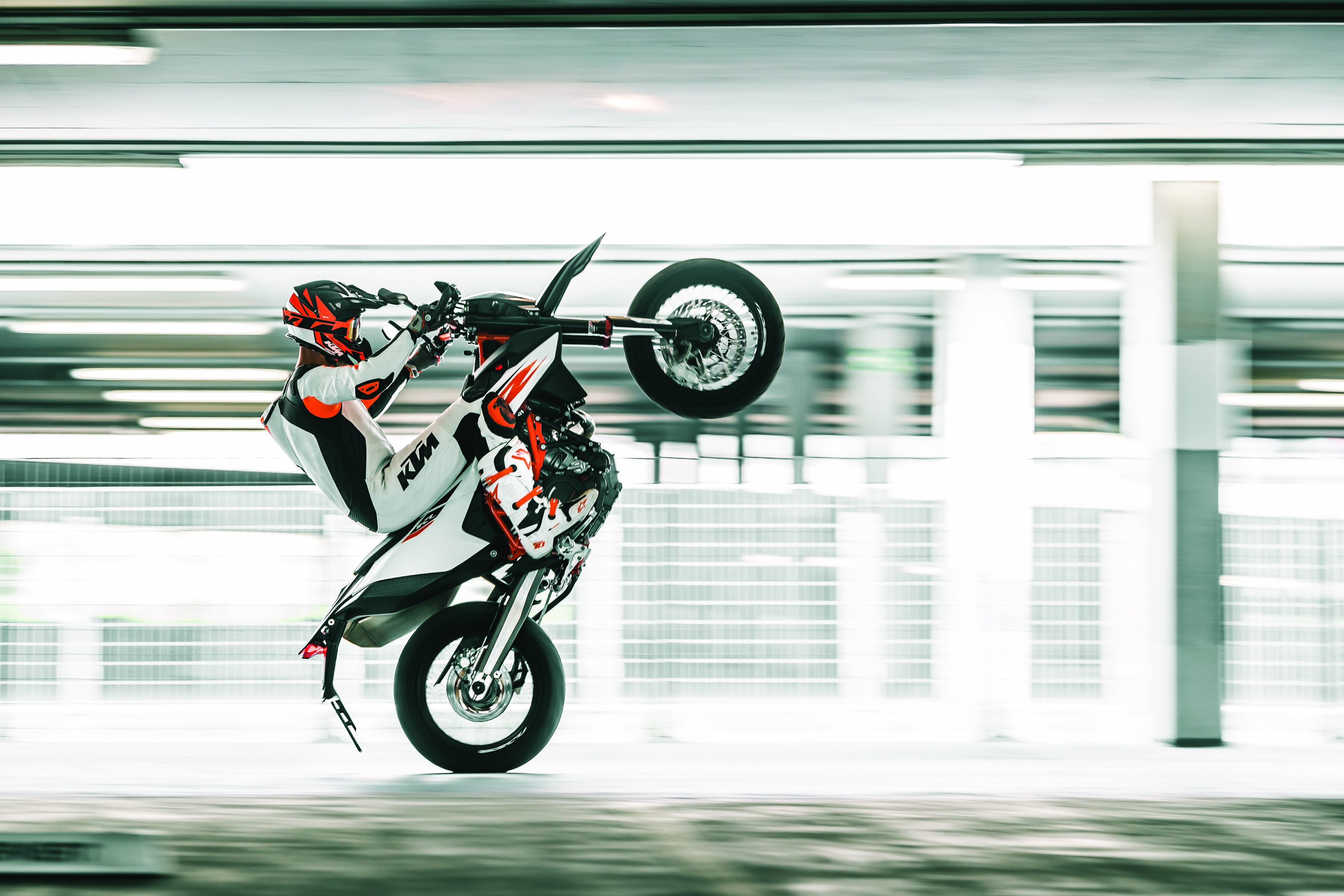 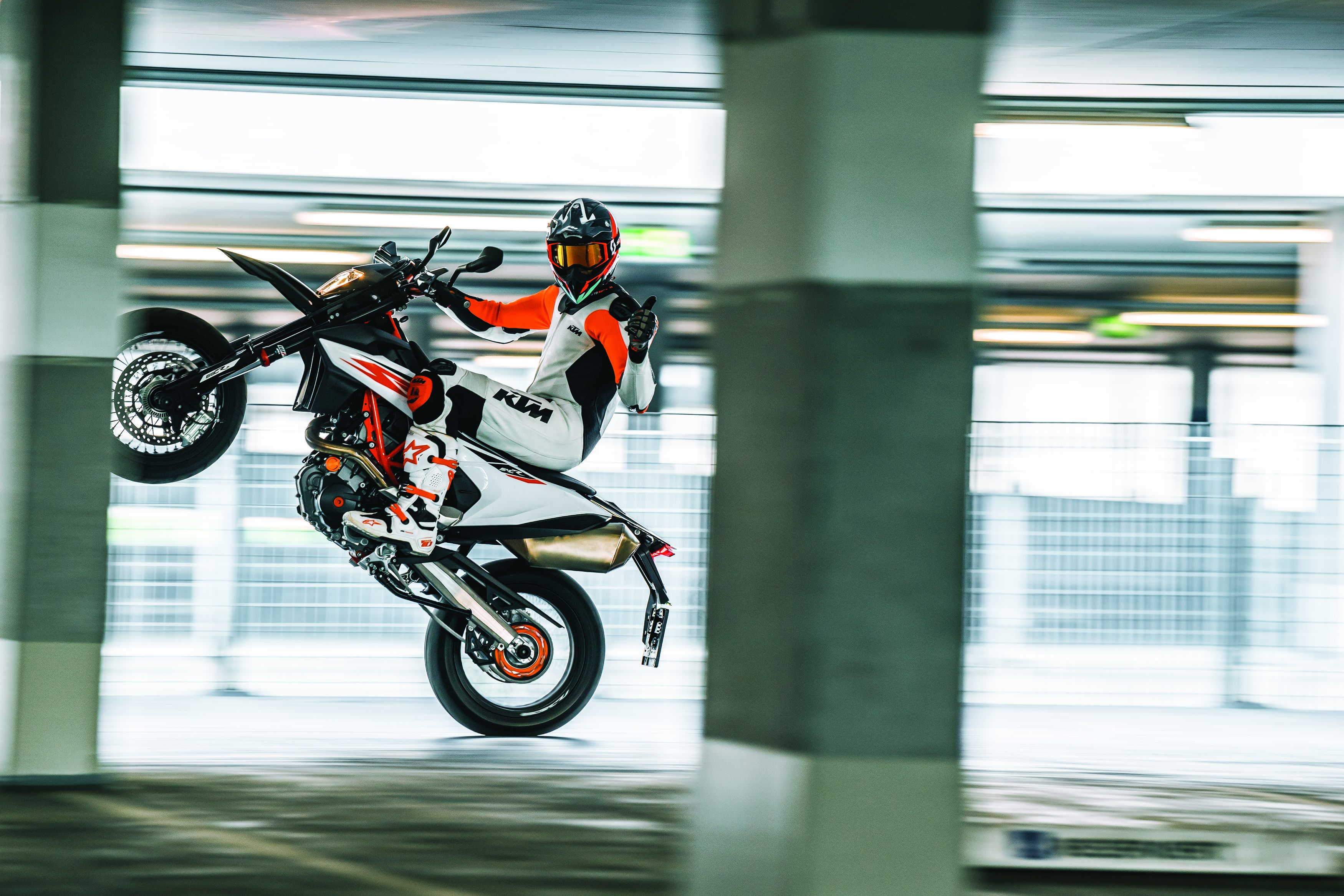 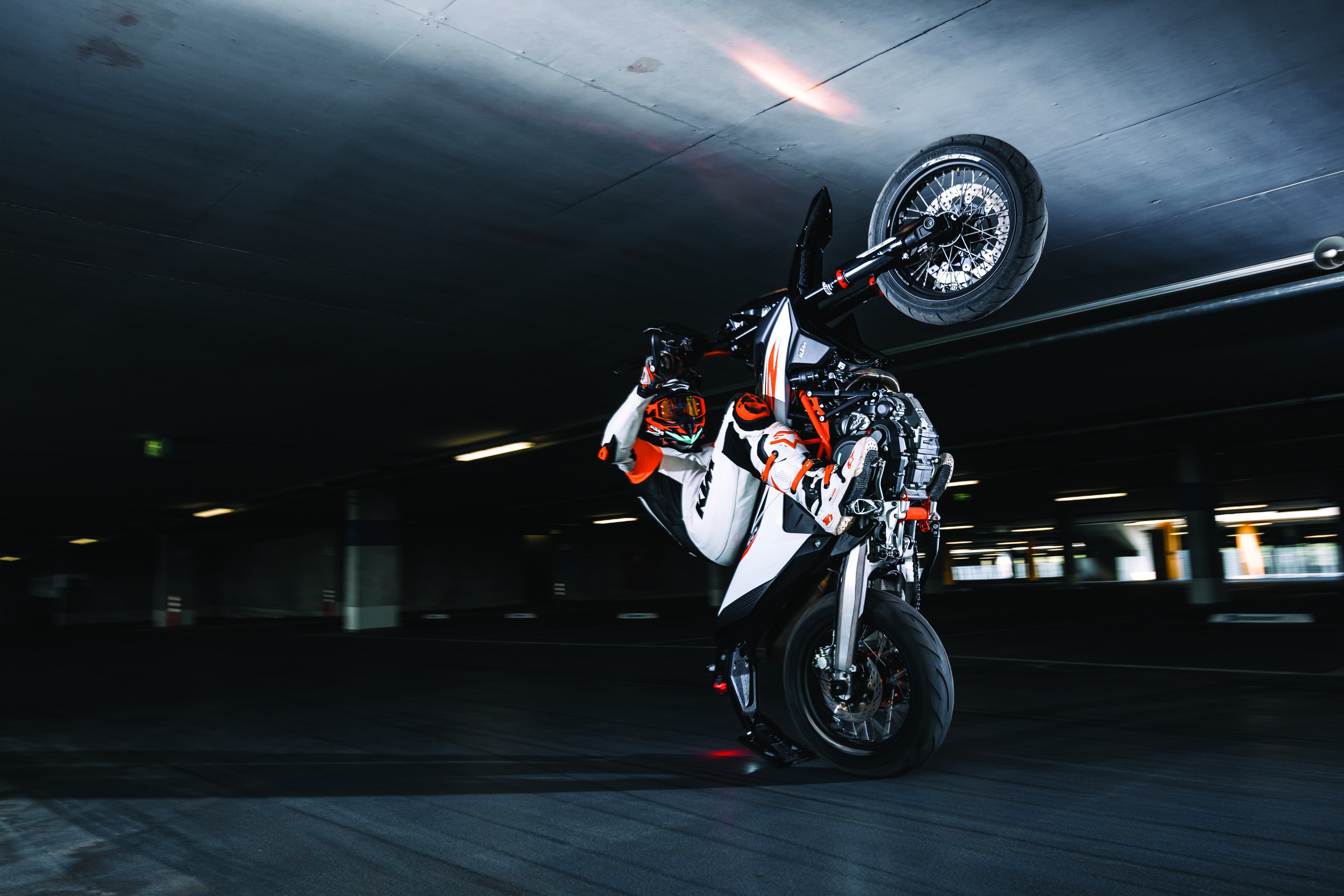 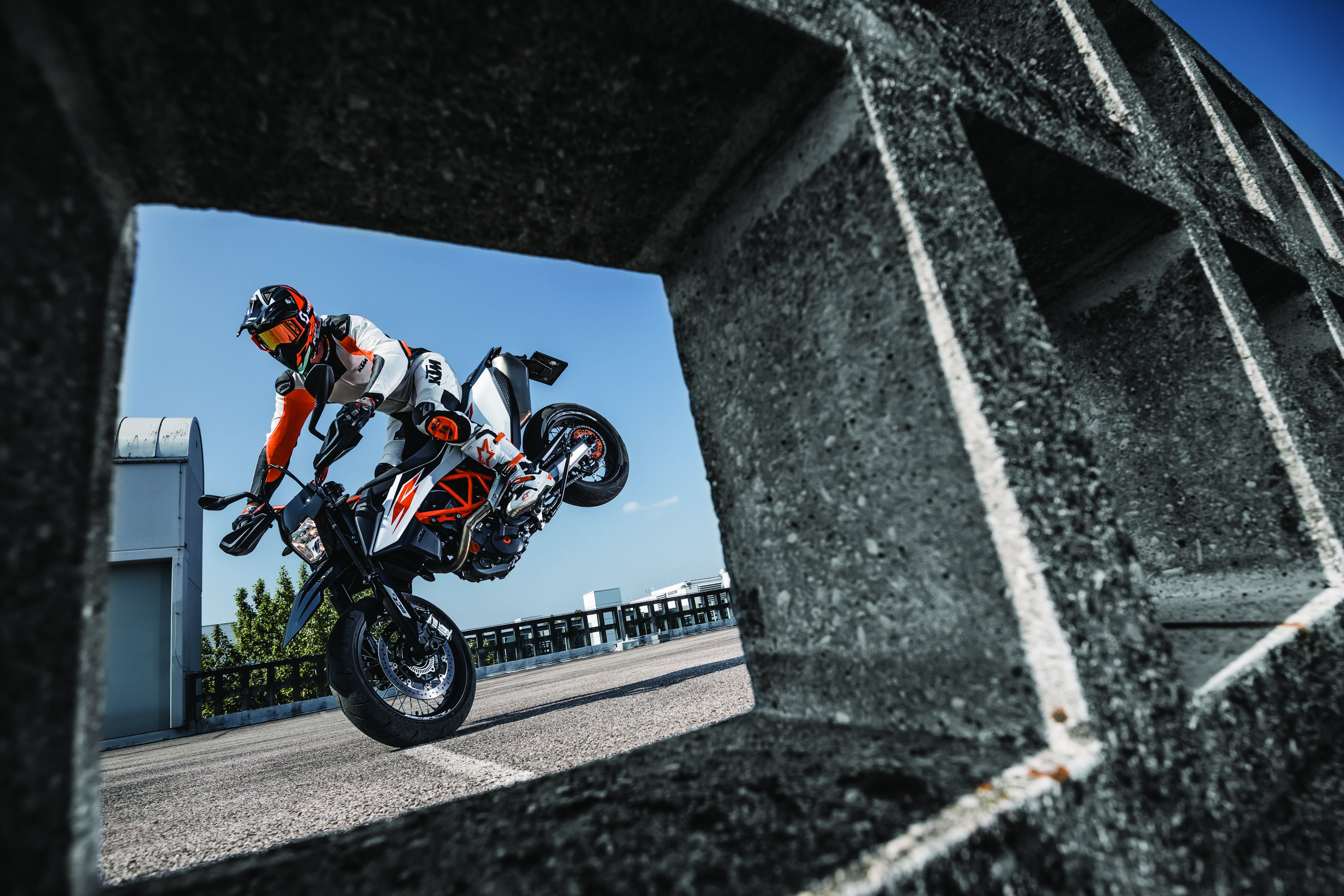 Hailing supermotos again, KTM graced us with the 690 SMC R at the 2018 EICMA in Milan. The Austrian manufactured garnered jaw-dropping reactions after it dropped the wraps on the resurrected moniker.

KTM’s creations have always kept us boiling on that throttle and this new iteration will be no less. The 690-cc single-cylinder engine featuring on the 690 SMC delivers 72bhp of power and 73.5Nm of torque. The SMC weighs roughly a kilogram heavier than its dirt-bike twin scaling at 156kg when topped with fuel.

While the SMC might be a slightly tweaked iteration of the Enduro, both the bike varies drastically in the suspensions. The SMC gets a fully adjustable WP APEX 48, which have springs in each fork tube, but separate out the damping duties (rebound on the right, compression on the left).

We take you from wheel to wheel on the new model and five of its important features.

The four-valve LC4 powerplant features the latest ride-by-wire technology while retaining the SOHC architecture. Apart from that the bike also sports dual balancer shafts for a smoother ride. This is in addition to the dual-spark head has separate timing for each spark plug.

The 2019 KTM 690 SMC R gets the Quickshifter+ system for clutchless. Additionally, the bike also gets a slick slipper clutch that will make the hardest riders extremely happy, especially in conjunction with the quickshifter.

The high-end cornering ABS will be deployed at all times making hard braking safe. However, if you want to back it in, the Supermoto mode in the 2019 KTM 690 SMC R will enable the ABS only for the front wheel.

The 13.6-litre polymer fuel tank doubles as a subframe while the rake is a seemingly relaxed 26.4 degrees, but with long travel suspension.

Check out the KTM Motorcycles’ latest prices and specifications in the UAE.