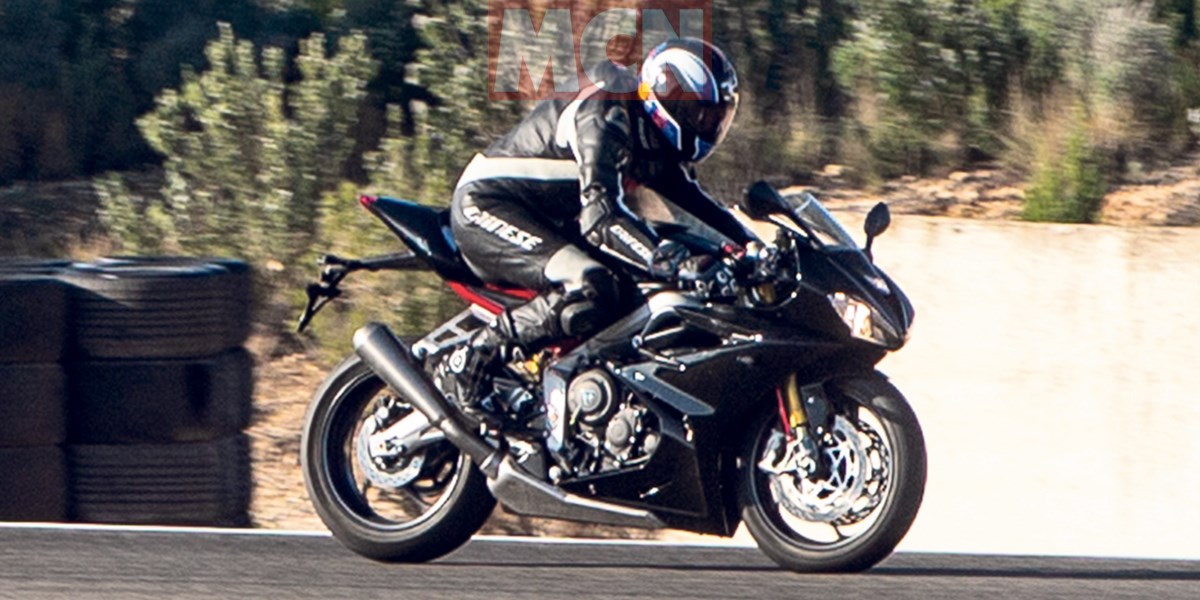 All over the world, tens of thousands of enthusiastic motorcyclists have been badgering Triumph to replace the erstwhile Daytona 675 with a worthy successor. Triumph is also equally enthusiastic about the project, debuting its Moto2 bike last year. The firm says its new Daytona will feature a lot of race-derived technology.

Triumph was recently spotted testing the next-generation Daytona in Spain. One thing we know for sure is the new bike’s engine will be lifted from the new Street Triple 765. However, the engine is actually doing duty on Moto2 bikes, meaning there is no reason not to use the mill directly for the Daytona.

The test mule spotted testing had no design changes whatsoever compared to the Daytona 675. The bike seen in Blackhat Motorcycles’ video doing a dyno run is a prototype of the new Daytona 765. And boy does it sound glorious!

As you can see in the video, the test rider is exercising the new Daytona’s vocal cords through their entire range. The old Daytona 675’s engine had a stratospheric 12,000-RPM redline. There is no reason the new one won’t be able to rev as high, especially since its engine is already powering Moto2 bikes.

Another interesting detail to note is the gearing. The 2020 Triumph Daytona 765 features a six-speed sequential transmission arranged just like MotoGP bikes. That means you have to push down the gear pedal to shift up and slot a foot underneath it to shift down a gear.

Apart from that, we can see adjustable (presumably) forks, dual disc brakes up front, and what looks like a tubular swingarm holding a fat tyre. Final drive is by chain, and the test mule looks extremely compact, with impressive mass centralization. The bike in the particular video is prepared by French shop Mmecabike31 which specializes in Triumph motorcycles.

For us, the Triumph Daytona 765 just can’t come soon enough. It was 2006 when the first Daytona broke cover, quickly earning accolades for its stellar design and engineering. Does the new Daytona have the same capability to stir up a storm in the supersport segment?