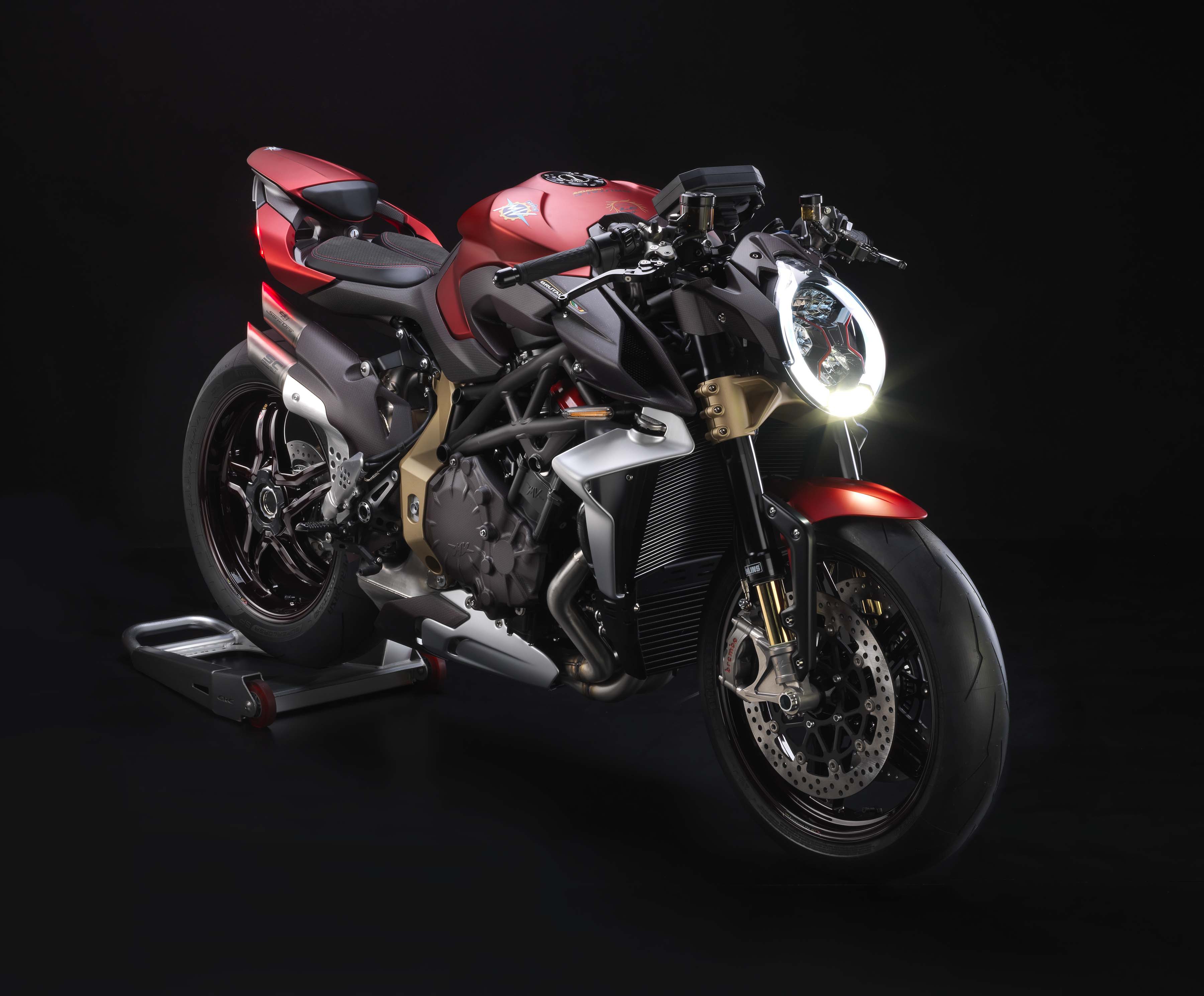 MV Agusta has officially raised the bar of insanity at the EICMA this year with its new litre-class streetfighter Brutale 1000 Serie Oro. Ranking with the highest peak power on any production streetfighter in the market, the new limited edition Brutale packs 205bhp of power.

The model is an evolution of the Massimo Tamburini’s original Brutale design. The Italian manufacturer did not cap the power there. With an additional special race kit installed, the stock power figure can be pumped by 4bhp to 209. This includes updates such as the 4-1-4 titanium exhaust from SC Project.

One might wonder the secret behind such mad engineering. However, there are no cards that MV Agusta has kept close to its chest. The Brutale derives direct inspiration from the F4 RC race bike in the WorldSBK championship employing similar strategies in combustion, lubrication, and friction reduction.

The Brutale continues the MV Agusta’s four-cylinder heritage and now comes in a 998cc package (79mm by 50.9mm), with a 13.65:1 compression ratio, again building off the F4 superbike racing machine.

MV Agusta claims that the four pistons now use low friction Asso compression rings, which improve performance and efficiency, while the crankshaft has been completely redesigned from scratch.

The bike also features a host of new electronics including a 5″ TFT dash, which is a welcomed change by us. Rider aids include an eight-level traction control system, assisted by an inertial measurement unit (IMU).

The platform underpinning the new Brutale is a steel trellis design mated to aluminium plates which call for a dry weight of 186kgs which is further reduced to 184kg with the race kit.

MV Agusta has lionised carbon fibre in the new model including a carbon fibre clutch cover and phonic wheel covers, which help with noise reduction. 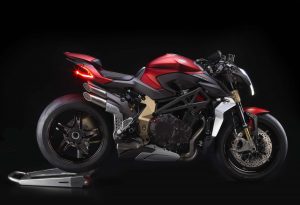 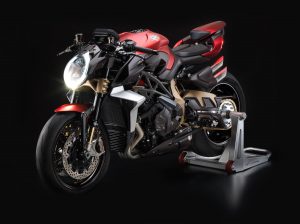 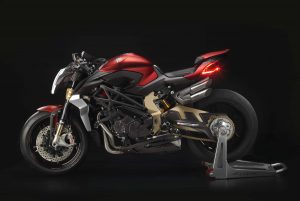 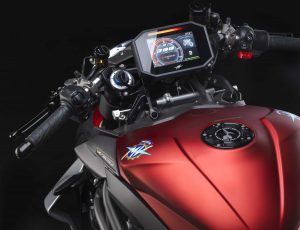 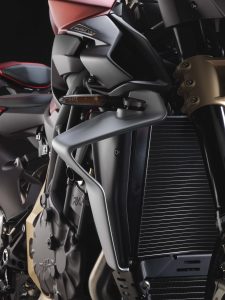 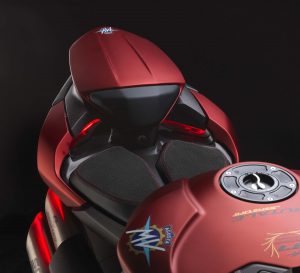 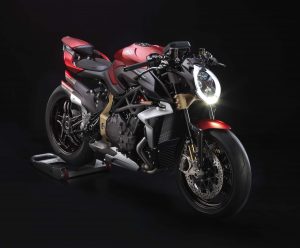 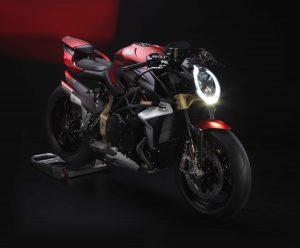 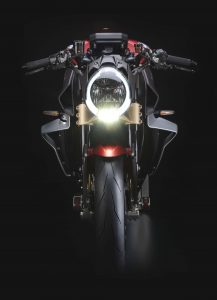 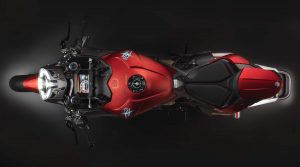 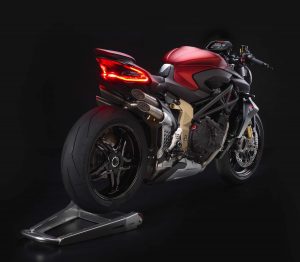 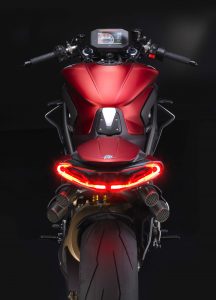 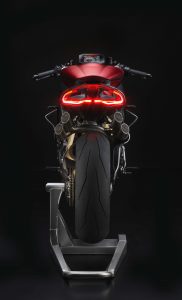 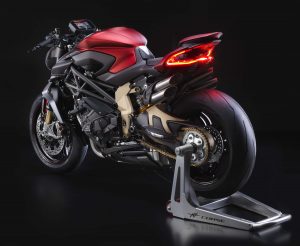