Martin Alva28th May 2020Latest Motorcycle News In The UAE

Indian Motorcycles has filed two trademarks with the US patents Office and the Australian Intellectual Property Office.

The Indian Guardian and Indian Pursuit might sound like vehicles a police force might use, but it is unlikely the American motorcycle manufacturer would develop role-specific bikes from scratch.

As of now, there are absolutely no clues regarding what form the bikes will take. However, given that Indian debuted the Challenger to take on the Harley-Davidson Road Glide, we expect the two models to add to that range.

The Challenger brings a new engine and new style of tourer to the Polaris-owned motorcycle company. Perhaps this engine will power the Pursuit and Guardian?

The Indian Challenger brought a new powertrain to the table with its liquid-cooled 1770cc Powerplus V-Twin. The upcoming two models will most likely make use of the same engine.

It is believed that the four-valve Powerplus motor was originally developed as the Victory Freedom V2 before Polaris pulled the plug on the brand in 2017. We might be looking at a power figure above 120hp from the engine.

Things get very peculiar when you bring Australia into the picture. Back in 2015, Victory Motorcycles sponsored the police Wall to Wall Ride in Australia to commemorate fallen police officers. Victory also has traditionally done well with its police special cruiser bikes. So Indian could in fact be playing to the dormant brand’s strength. Or this stunt could be just to throw the moto journos off the scent. 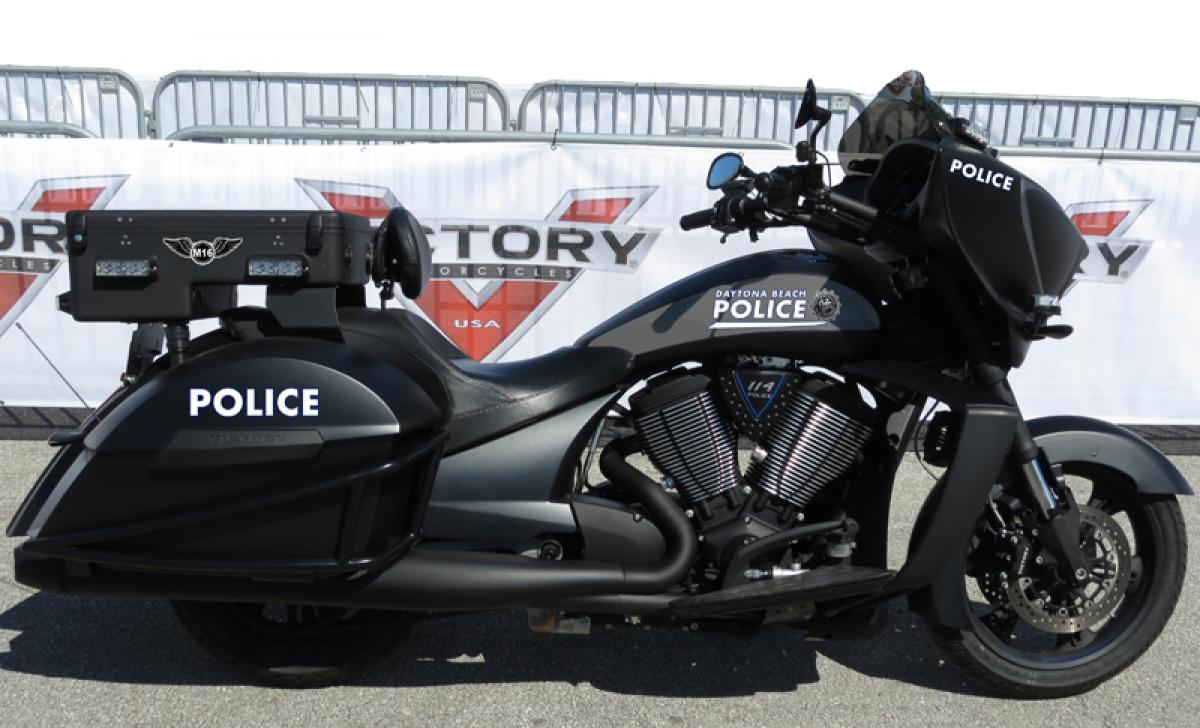 Victory Motorcycles went under in 2017, but not before leaving behind a legacy of popular police motorcycles. Indian might use this legacy to its advantage in the future.

Another obvious factor to consider is that Harley-Davidson has cornered the police motorcycle market in the USA. With the Guardian and Pursuit, Indian could be going after its chief rival in the home market.

Too many speculations. One thing is for sure though. Motorcycles built upon the Challenger platform wearing badass names like ‘Pursuit’ and ‘Guardian’ sound like really good machines. Whether police fleet or civvy bikes, we would welcome both with open arms!