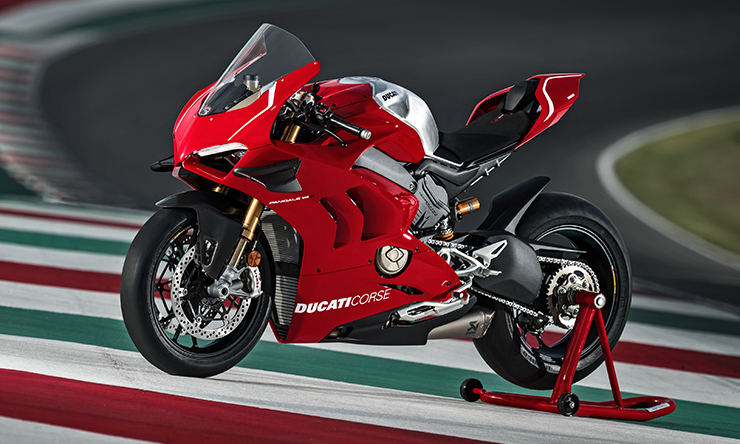 Ducati on Tuesday sent out a press release titled as an ‘updated press kit for the Panigale V4R’ and we wondered what it was. Especially after Ducati boss, Claudio Domenicali glorified it recently.

We wondered why there was a need to modify the available information. Turns out, the engineers at Bologna has switched a major component on the 998cc machine, more specifically, the 2019 Ducati Panigale V4R will now feature a dry clutch from the factory.

The official statement by the company suggested that the move was decided by the Ducati Corse race team, to be in compliance with the WorldSBK rules that require a homologated clutch. You can’t have a dry clutch on the race bike if the homologated street bike model doesn’t have one as well.

Ducati, which will be represented by Aruba.it Racing, had to make the appropriate changes to the street bike as well, which called for last-minute clutch installations on the press fleet of the bike that was used at Jerez last week.

Our knowledge on the new clutch system is limited except for the fact that it comes from STM. The slipper variety as the company says is the STM EVO-SBK dry clutch model, with nine pressure plates and an adjustable secondary spring.

Over the years, the rattle of Ducati’s dry clutch has become music to our ears as the bike passes by. Unfortunately, in the European market, the sound they create is near impossible to get past Euro4, EPA, and other noise restrictions. This, subsequently makes us wonder what the company will work out to introduce the same in street variants.

Recently, celebrating the success of the new Panigale V4, Ducati boss Claudio Domenicali recently confirmed that the company was planning a wave of new models to add to their line-up.

“We will release 29 new bikes over the next five years,” Domenicali told MCN. “We will continue to develop new versions of existing products but will also be entering segments that we are not currently in. As part of that, we will exploit the V4 engine on different platforms.”

While Domenicali was tight-lipped about the next bike which would bear the 211bhp yielding 1103cc V4 Stradale engine, reports citing internal sources stated that the company was looking at naked, touring as well as adventure roles.

Domenicali also admitted the V4 engine’s 998cc homologation cousin, which debuts in the 2019 Panigale V4 R, caused a few surprises; despite being developed alongside the more road-focused version.

“We were positively surprised with the V4 R,” he said. “It was a difficult exercise already with the reduced capacity to keep the same horsepower but the engine then responded quite strongly to the improvements that we made, so that by the end we found a bit more (power) than we expected. In many ways, it is the most advanced bike we have ever developed.