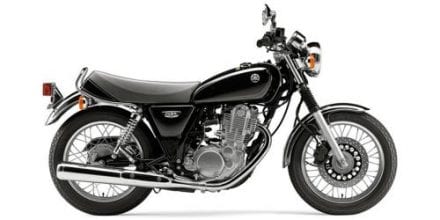 The SR400™ is powered by a 399cc, single-cylinder, air-cooled, SOHC, 2-valve engine that produces a torquey, “thumper” engine character that makes it an absolute blast to ride. Fuel injection gives the motor fantastic response and modern practicality.

The SR400 has a fuel tank capacity of 12.1 litres. It weighs 384kg (dry). In addition to this, the bike also comes with an Anti-lock Braking System (ABS).