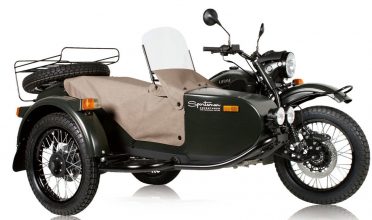 Looking for a bike that can travel those snow-covered roads like no other¿ Look no further. In a class by itself, the Sportsman is the only motorcycle in the world manufactured with an on-demand sidecar drive.

The 2019 Ural Sportsman SE is powered by a 749-cc Two cylinder boxer, four-stroke engine that produces 41bhp and 57Nm of torque through a 4-speed transmission.

The Sportsman SE has a fuel tank capacity of 19 litres. It weighs 331kg (dry). In addition to this, the bike also comes with an Anti-lock Braking System (ABS).