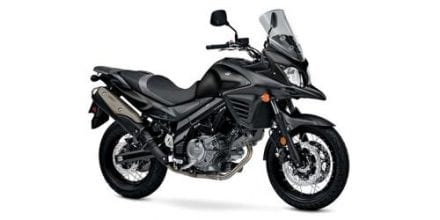 The 2016 V-Strom 650XT ABS is here to expand your field in adventure touring. Equipped with the improved performance of the original V-Strom 650 ABS, the V-Strom 650XT ABS has more adventurous styling with a distinctive front beak with integrated air ducts that lead air to the wind directing plates for improved cooling performance and aluminum reverse spoke wheels for better shock absorption and a comfortable ride.

The V-Strom 650 XT ABS has a fuel tank capacity of 20 litres. It weighs 474kg (dry). In addition to this, the bike also comes with an Anti-lock Braking System (ABS).