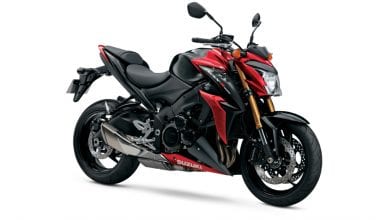 It’s more than just an attitude, a spirit, or a lineage though; it’s about performance-packed hard parts evolving from one generation to the next. The GSX-S1000F ABS is powered by a 999cc inline four-cylinder powerplant that’s based on the legendary long-stroke GSX-R1000 engine, which makes for ideal street-riding power and torque curve. Focused on making big power through the low and mid-range, this engine uses a valve-train that’s optimized to deliver street-dominating power

The 2017 Suzuki GSX-S1000FABS is powered by a 999-cc In-line four, four-stroke engine that produces 144bhp and 105Nm of torque through a 6-speed transmission. And is capable of reaching a top-speed of 289kph.

The GSX-S1000FABS has a fuel tank capacity of 17 litres. It weighs 472kg (dry). In addition to this, the bike also comes with an Anti-lock Braking System (ABS).