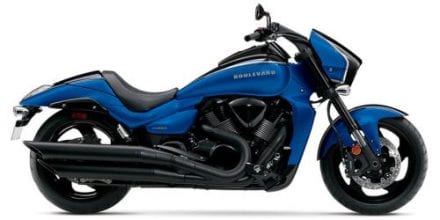 Huge 4.4 inch (112mm) forged aluminum-alloy pistons. These are one of the largest reciprocating gasoline engine pistons being used in any production passenger car or motorcycle, while featuring a race-proven design to reduce friction and inertial ma