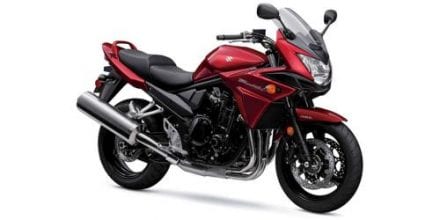 The Suzuki Bandit has won the respect and admiration of riders around the globe with its unmatched quality, wide power spread, and exceptional balance of performance, technology, and style. The new Bandit 1250S ABS refines its styling with a sculpted half-fairing that wraps around the radiator sides and is vented just below the headlight.

The Bandit 1250S ABS has a fuel tank capacity of 19 litres. It weighs 560kg (dry). In addition to this, the bike also comes with an Anti-lock Braking System (ABS).