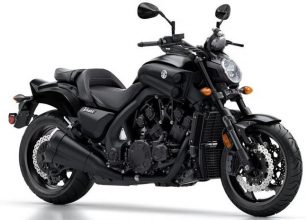 The ultimate power cruiser delivers unmatched performance from its 65-degree, four-valves-per-cylinder, 1679cc V-four—producing eye opening amounts of perfectly controllable acceleration, flowing from a compact engine that looks as powerful as it is.

The 2019 Star Motorcycles VMAX is powered by a 1672-cc V4, four-stroke engine that produces 200bhp and 167Nm of torque through a 5-speed transmission.

The VMAX has a fuel tank capacity of 15.1 litres. It weighs 289kg (dry). In addition to this, the bike also comes with an Anti-lock Braking System (ABS).