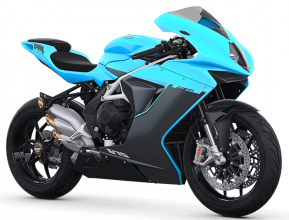 The F3 675 marks the return, in a production motorcycle, of the legendary three-cylinder engine that dominated the race tracks in the golden age of Giacomo Agostini. This mid-size supersport was also the first to feature a counter-rotating crankshaft.