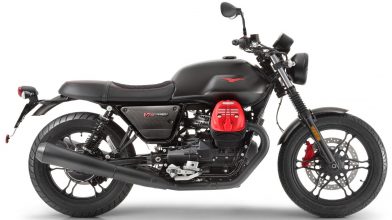 V7 III Carbon celebrates customization, interpreted originally and in good taste, combining the authentic V7 style with the prestigious and modern quality of numerous carbon fibre components, such as the shortened and sleek fenders and the side fairings that enhance the character of the Moto Guzzi best seller to the utmost.

The 2019 Moto Guzzi V7 III Carbon is powered by a 744-cc V2, four-stroke engine that produces 52bhp and 60Nm of torque through a 5-speed transmission.

The V7 III Carbon has a fuel tank capacity of 21 litres. It weighs 189kg (dry). In addition to this, the bike also comes with an Anti-lock Braking System (ABS).