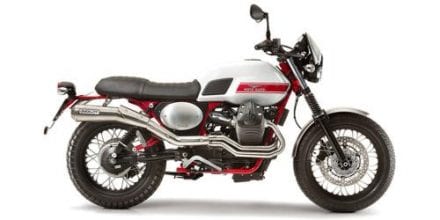 Built on the technical base of the iconic and ultra popular V7 II, a model was created suited for riding on any type of terrain, from congested city traffic to a pleasant solo or two-up ride on the roads that bikers love best. The new Stornello completes the already wide range of V7 II motorcycles made up of the Stone, Special and Racer models.

The 2018 Moto Guzzi V7 II Stornello is powered by a 744-cc V2, four-stroke engine that produces 48bhp and 60Nm of torque through a 5-Speed transmission.

The V7 II Stornello has a fuel tank capacity of 21 litres. It weighs 186kg (dry). In addition to this, the bike also comes with an Anti-lock Braking System (ABS).