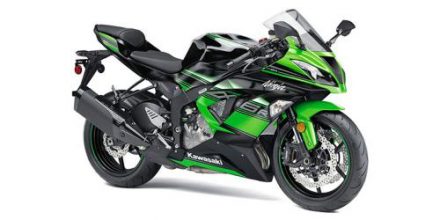 Championship technology comes to the middleweight class with the Ninja ZX-6R. With the biggest engine in its class, the 636cc inline four-cylinder engine outperforms the competition.

The 2017 Kawasaki Ninja ZX-6R ABS KRT Edition is powered by a 636-cc In-line four, four-stroke engine that produces 200bhp and 71Nm of torque through a 6-speed transmission.

The Ninja ZX-6R ABS KRT Edition has a fuel tank capacity of 17 litres. It weighs 206kg (dry). In addition to this, the bike also comes with an Anti-lock Braking System (ABS).