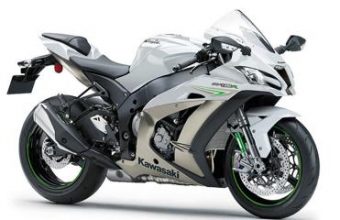 No other supersport can claim the World Superbike Championship like the Ninja® ZX™-10R. The Ninja ZX-10R propelled Kawasaki rider, Tom Sykes, to overall championship podium finishes every year since 2012—securing a championship title in 2013—and delivered back-to-back championships for 2015 and 2016, this time with Jonathan Rea aboard.

The 2018 Kawasaki Ninja ZX-10R is powered by a 998-cc In-line four, four-stroke engine that produces 200bhp and 114Nm of torque through a 6-speed transmission.

The Ninja ZX-10R has a fuel tank capacity of 17 litres. It weighs 206kg (dry). In addition to this, the bike also comes with an Anti-lock Braking System (ABS).