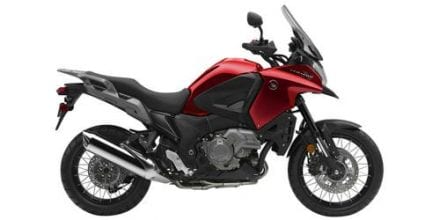 The VFR1200X’s V4 isn’t just another engine—it’s a spectacular example of motorcycling’s best. Case in point: the two rear cylinders are closer together than the front two, making the engine narrower where your legs are. Smart engineering!

The VFR1200X has a fuel tank capacity of 21.5 litres. It weighs 275kg (dry). In addition to this, the bike also comes with an Anti-lock Braking System (ABS).