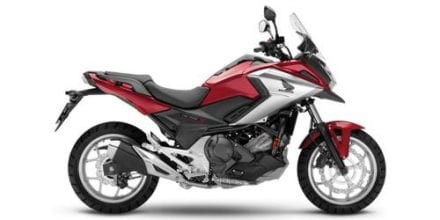 Honda’s revolutionary Automatic DCT transmission is changing the way people ride. It’s smooth, smart and the clear choice for a machine like this. Want to shift it yourself¿ The handlebar-mounted paddle-style buttons put you in control. It’s the best of both worlds.

The 2017 Honda NC700X DCT ABS is powered by a 670-cc Twin, four-stroke engine that produces bhp and Nm of torque through a 6-speed transmission.

The NC700X DCT ABS has a fuel tank capacity of 14 litres. It weighs 219kg (dry). In addition to this, the bike also comes with an Anti-lock Braking System (ABS).