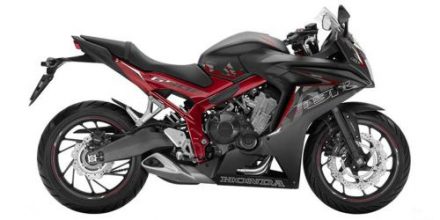 With it’s open rider triangle (where your seat, hands, and feet contact the bike), the CBR650F is comfortable in traffic or for longer rides. Its inline-four engine is specifically tuned for low-to-midrange torque, delivering a powerband that’s suited for a wide range of riding styles.

The 2018 Honda CBR650F ABS is powered by a 650-cc In-line four, four-stroke engine that produces 86bhp and 63Nm of torque through a 6-speed transmission.

The CBR650F ABS has a fuel tank capacity of 17.3 litres. It weighs 211kg (dry). In addition to this, the bike also comes with an Anti-lock Braking System (ABS).