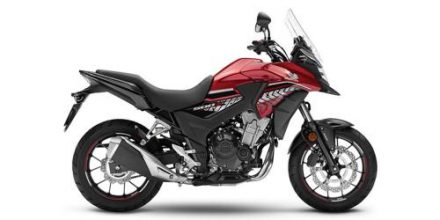 Like the machines that made Honda famous in the U.S., its two-cylinder parallel-twin layout provides a wide powerband and plenty of torque, while a counterbalancer keeps things running smoothly. Special touches like the CB500X’s more upright seating position, greater ground clearance and longer wheelbase make it perfectly suited for an adventure-bike rider who values function and maneuverability.

The 2017 Honda CB500X ABS is powered by a 471-cc Twin, four-stroke engine that produces 46bhp and 43Nm of torque through a 6-speed transmission.

The CB500X ABS has a fuel tank capacity of 17.3 litres. It weighs 195kg (dry). In addition to this, the bike also comes with an Anti-lock Braking System (ABS).