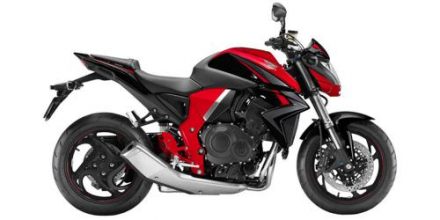 The unique chassis incorporates a single-sided swingarm with a high performance single-shock rear suspension that helps make this bike stand out as well as perform. Some might call it a naked bike. Some might say it’s an open-class street fighter. We just think it’s an awesome motorcycle for whose who like their bikes served straight up.

The 2018 Honda CB1000R is powered by a 999-cc In-line four, four-stroke engine that produces 123bhp and 99Nm of torque through a 6-speed transmission. And is capable of reaching a top-speed of 225kph.

The CB1000R has a fuel tank capacity of 17 litres. It weighs 220kg (dry). In addition to this, the bike also comes with an Anti-lock Braking System (ABS).