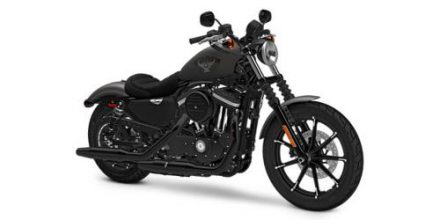 The Evolution engine riding in the nimble Sportster frame is a prime example of the power, durability and proven reliability The Motor Company was built on. Born from the legendary Shovelhead and Ironhead engines, it’s been the power at the center of a Sportster motorcycle since 1984.

The 2017 Harley-Davidson Sportster Iron 883 is powered by a 883-cc V2, four-stroke engine that produces 52bhp and 71Nm of torque through a 6-speed transmission.

The Sportster Iron 883 has a fuel tank capacity of 12.5 litres. It weighs 256kg (dry). In addition to this, the bike also comes with an Anti-lock Braking System (ABS).