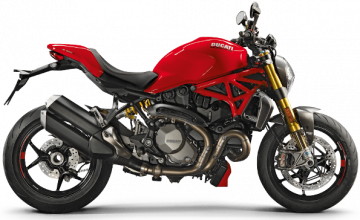 The Monster 1200 offers the enjoyment and excitement of an authentic sports bike. Its muscular line, trellis frame and unmistakeable elements such as the tank and headlight confirm its status as a modern icon, ready to write the future of naked sportbikes.