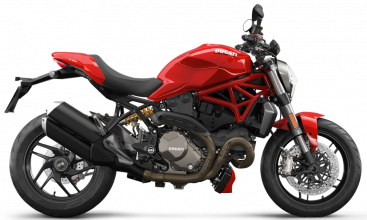 The Monster 1200 has always been a symbol in the world of sporty naked bikes thanks to the details that make it unmistakable. In the S version, the Black on Black colour with matte and glossy black elements, enhances its sporty lines and character.

The Monster 1200 has a fuel tank capacity of 17.5 litres. It weighs 209kg (dry). In addition to this, the bike also comes with an Anti-lock Braking System (ABS).