The Kawasaki W800 Is Coming Back!

Kawasaki showcased the much-loved W800 standard motorcycle at EICMA 2018 to a surprised crowd. The W800 is coming back for 2019 model year.

India has the Royal Enfield Bullet. England has the Triumph Bonneville. America has The Harley-Davidson Sportster. Even Germany has its own boxer R Nine T, so it’s only fitting that the Japanese had one of their own classic motorcycles too. For decades together, Japan’s definitive classic motorcycle has been the Kawasaki W800.

The W800 is Kawasaki’s sole survivor in the classic motorcycle range. It is not a classic like the Z900RS which is essentially a Z900 cloaked in period skin. The W800 is a true-blue standard motorcycle with an air-cooled 800cc parallel-twin motor, a clear dearth of modern tech and components, and the undying loyalty of the company and its aficionados. There was mass mourning when Kawasaki announced it would axe the W800 from its lineup, majorly due to failure to comply with Euro4 regulations. 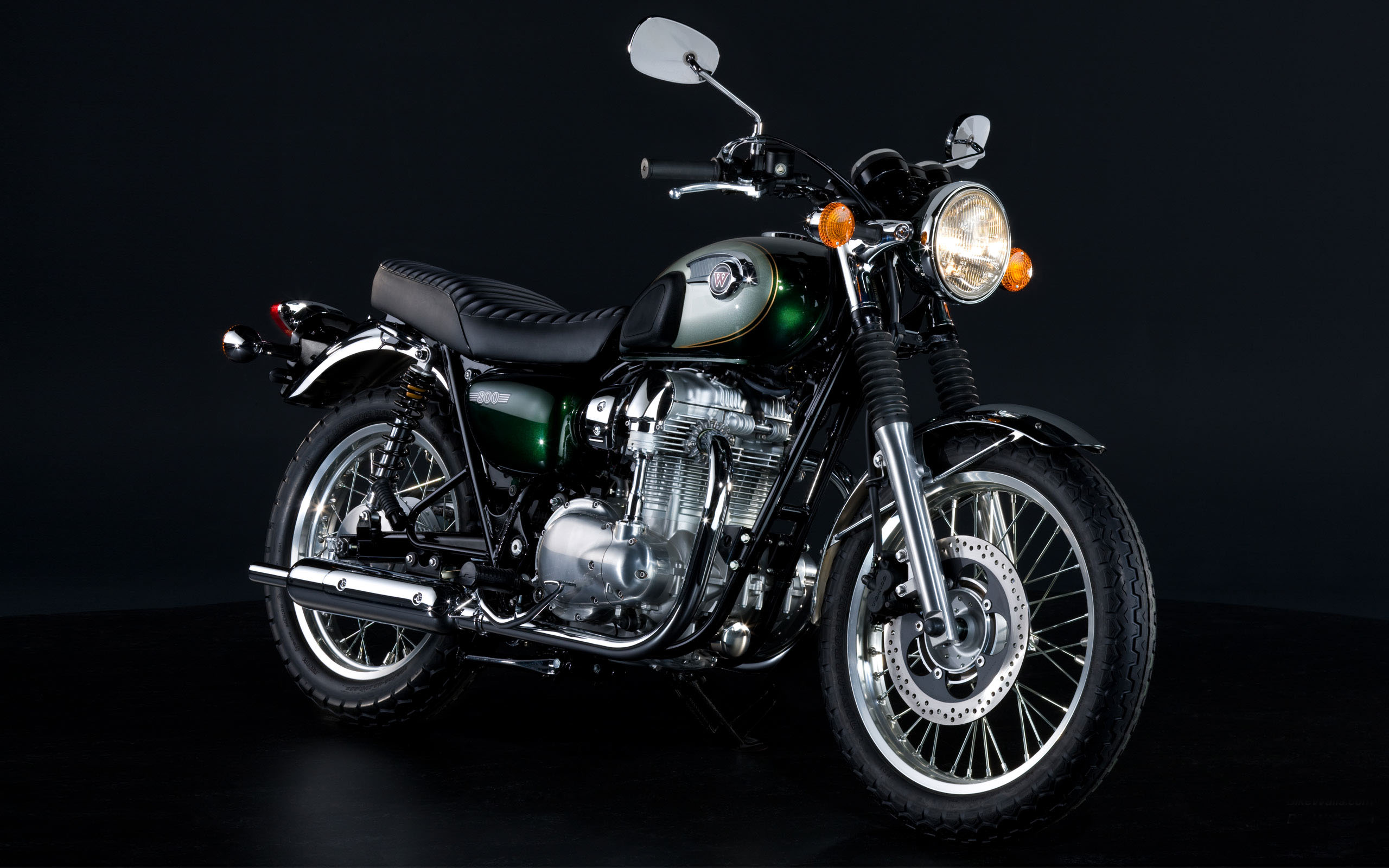 Seen here is the W800 that had hitherto been on sale and had to hang up its shoes with the advent of Euro4.

At the 2018 EICMA, Team Green had heartening news for fans of the bevel drive wonder in the form of a new-for-2019 W800. Standing proud in two guises- W800 Street and W800 Café- the new bike is no low-budget update. The model has undergone a thorough modernization, yet can still trace its roots to the original 1966 W1. More than 90 percent parts of the 2019 W800 are new.

The 773cc air-cooled parallel twin engine is now emissions-friendly with a peak power figure of 47hp to keep it A2 licence compliant. The frame is all-new, as are the brakes. The front disc measures 320mm while the rear is a 270mm unit. For the first time in its history, the Kawasaki W800 is sporting a rear disc brake. The lighting is all-LED, and ABS is standard on both the variants. The twin-pod instrument cluster houses a small digital screen and the usual tell-tale lights, with the rest of the space taken up by elegant analogue dials.

Minimally modern, majorly retro. We really like the simple, classy design of the W800’s instrument console.

Much like the original 1966 W1, the modern W800 sits on spoked 18-inch wheels, and gets a tasteful paint job. The Café variant gets a small contrast-coloured cowl that looks quirky yet distinctive. Paired with the chrome twin peashooter pipes and that dug-out dual-tone seat, the 2019 Kawasaki looks deliciously retro.

It’s good to see manufacturers like Kawasaki refusing to give up in the face of daunting emissions norms and finding clever ways to keep their old warhorses going. Bikes like the W800 deserve to be in production simply because they are the purest definition of a motorcycle: Engine, wheels, tank, seat, you, and nothing holding the two of you back but your own faculties. Isn’t that how motorcycles caught on in the first place?