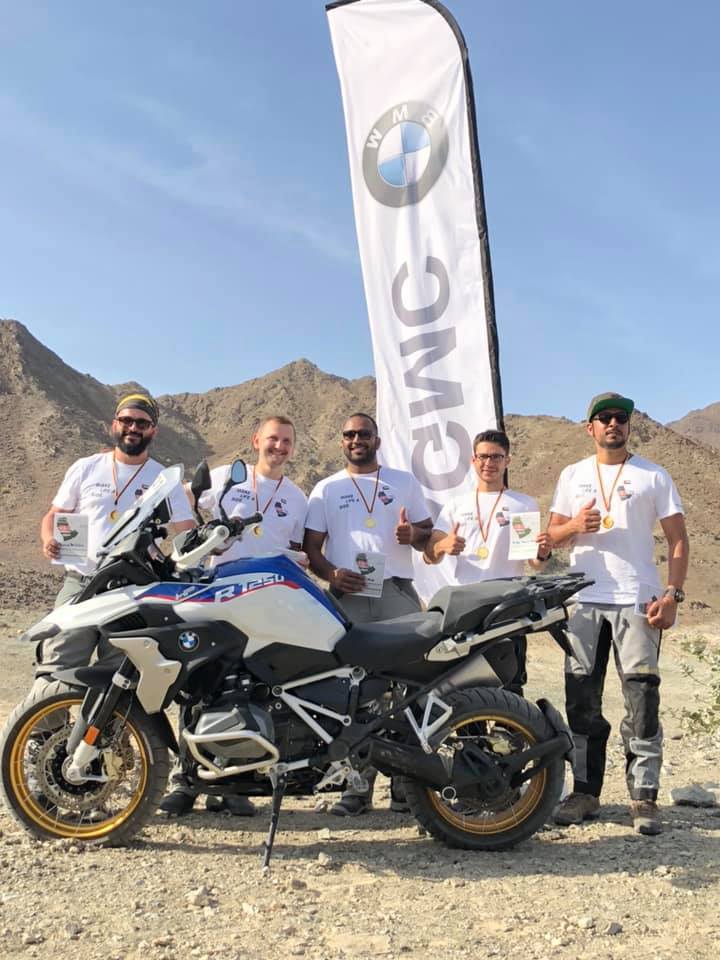 In a first of its kind initiative from BMW Motorrad and AGMC, the authorised BMW Motorrad dealer in Dubai, BMW GS riders from the UAE and Oman could to compete for the opportunity to represent the UAE in the BMW Motorrad International GS Trophy 2020 in New Zealand.

Top five scorers from the UAE pre-qualifiers will now fight it out with top 5 riders from Saudi Arabia, Bahrain, Kuwait, Qatar and Lebanon. The next round is due to be held in Lebanon on the 12th to the 15th of September 2019. This is where the top three riders will be selected to represent the Middle East in New Zealand.

GS model range riders in the Middle East and especially in the UAE, make up a large chunk of the riding community and have been inquiring about participating in the GS trophy for a few years. Looks like BMW Motorrad has taken notice of this and responded with something that’s makes the whole experience even more memorable. BMW Motorrad will cover all expenses for the top riders from each participating country in the Middle East on their trip to Lebanon and from there, New Zealand.

BMW Motorrad has hosted the biennial International GS Trophy for adventure-thirsty riders since 2008.  The event has taken participants to Tunisia, South Africa, Patagonia, Canada, Thailand – and, most recently, Mongolia for a week of hard-core adventure riding, special tests and teamwork challenges.  Five teams crossed the starting line in the first GS Trophy.  Last year’s event saw 19 teams from 25 nations taking part.  In 2016, the first-ever women’s team joined in, and women riders have been competing ever since.

We wish all the riders from the Middle East all the very best!